Stay with me, Diana: Deepa Gahlot explores why almost 25 years after the untimely death of Princess Di in a car crash, the world carries a torch for her 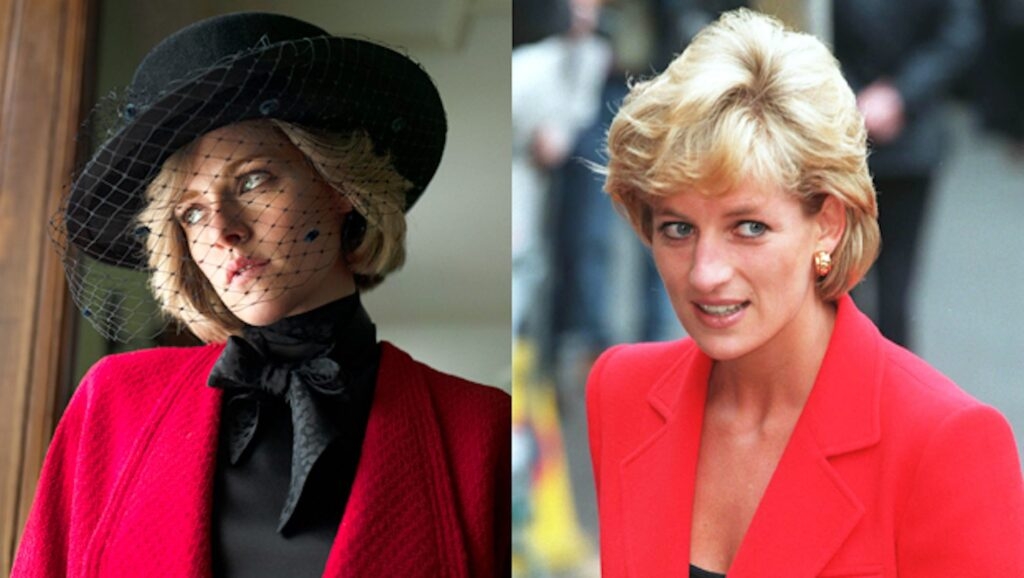 Nearly a quarter of a century after her untimely death in a car crash, the interest in Princess Diana continues unabated. After dozens of books, magazine articles, academic essays, documentaries, conspiracy theories, TV shows (most recent being The Crown) and miles of news footage, there is a just-released Hollywood film titled Spencer, directed by Pablo Larrain with Kristen Stewart playing Lady Di, and a Broadway show, Diana: The Musical, due to open on stage (after a filmed version shown on Netflix) with Jeanna de Waal in the title role.

Going by the extensive and intrusive media coverage—it would have been worse in today’s social media age—there are divergent views on whether Princess Diana was a victim of a hide-bound monarchy or a manipulative woman who embarrassed and damaged the royal family. The film and the musical take different approaches.

The film focuses on a Christmas weekend at Sandringham Estate, where the family gathers to celebrate. Diana seems to unravel mentally and the end of her marriage to Prince Charles is inevitable. She suffers from bulimia, hallucinations, a strong desire to return to her old, derelict home, that has her tramping across meadows in the dark, dressed in her finery. The pomp, ceremony and ritual that marks every moment of royal life is anathema to Diana—she refuses to eat the food prepared by the team of chefs, wear the outfits laid out for her by her dresser, or be a part of any activities planned for the family get together. She cuts herself, skulks around the corridors of the palace, confides in the staff, knowing quite well that they will gossip.

Prince Charles’s affair with Lady Camilla Parker Bowles was common knowledge, and the attitude of the family was that it is acceptable for royal men to have mistresses; the wives have to grin and bear it and be happy with all the luxury and comfort offered to them.

As Charles says to Diana in the film, “There has to be two of you. There’s two of me, the real one and the one they take pictures of. We are given a task, but you have to be able to make your body do things you hate. For the country, the people. They don’t want us to be people. That’s how it is. I’m sorry, I thought you knew.”

The royals are expected to strictly adhere to ancient tradition and present a picture of dignity and grace to the public that supports such an outdated institution in a democratic system. But the rules tend to stifle the women a lot more, and the UK tabloid vultures make life a nightmare for them. It came to a point, when Meghan Markle, married to Prince Harry, could not take the trauma any more, and they decided to eschew their titles and move to the US as ‘commoners.’ Prince William's wife, Kate, however, has accepted the bad with the good.

In the play, Diana is portrayed as “nineteen and naïve” to begin with, who believes in love stories, but when she is betrayed, she shows her inner steel.

The Queen asks a 32-year-old Prince to hurry up and get a suitable bride, because the monarchy is going through a low phase. There is no way he can wed an already-married Camilla, and it is imperative that the woman he marries is a virgin. The media cruelly joked that Diana must be the only chaste aristocratic female around.

She does not know she is entering a loveless marriage, “a fairy tale born in hell” as one song goes and “the worst job in England” as another emphasises.

As Diana sings on stage:

Yet feeling rather small

Step up to the mic

But you’re not heard at all

Your prison has been built

Your downfalls been devised

They minimise your thoughts

They maximise your flaws

The trouble you can cause

Diana Spencer belonged to the right kind of family, but was otherwise an unremarkable young woman, a kindergarten helper, when she was thrust into the unrelenting limelight, she had no means of switching off. One section of the media loved Shy Di (her signature move was ducking her head and looking up through her lashes) and another looked for excuses to tear her apart.

She wanted to make her marriage work, she was a good mother to her sons, but her husband’s indifference was heart-breaking. She started throwing herself into causes—she broke the wall that kept the royals distant from the citizens of the country and became the ‘People’s Princess’. The media slobbered in admiration when she visited a hospital for AIDS patients and shook hands with the men, without wearing gloves. She walked through a field full of landmines in Angola to get attention for the issue.

She decided to use the media to her advantage, and to show the royal family that she was the one the world loved. She dropped the frumpy bows-and-ribbons dresses picked for her, and went for stylish designer couture. When Charles, battling a wave of unpopularity, admitted on TV that he had been unfaithful to his wife, she was seen at an event dressed in an in-your-face sexy outfit that was called the “revenge dress.” Camilla remained defiantly unfashionable and retained that much-ridiculed hairstyle.

Diana, however, went beyond the pale when she had an affair with James Hewitt while still married to Charles, and after their divorce, had a string of affairs, and the tabloid love turned to contempt. The paparazzi hounded her without respite, and scrutinised her every mood and expression. There were offensive photos zooming on her thighs, with cellulite circled. It was enough to crack anyone weak, but Diana did everything to prove that she did not care about being ejected from the royal family. It was while being chased by media hounds that her car crashed, killing her and her companion Dodi Fayed. Immediately, her image was whitewashed again, and the tabloids that had fed an insatiable public were the villains.

There is also the curious fact that when a woman is a tragic, self-destructive victim, she is admired more than if she is a fighter. If she happens to be beautiful, so much the better. Look at other similarly immortalised examples—Marilyn Monroe, Amy Winehouse, Meena Kumari.

Hilary Mantel, eminent author of award-winning historical fiction, writing in The Guardian, described the Diana myth thus, “Diana should be as passe as ostrich plumes: one of those royal or quasi-royal women, like Mary of Teck or Wallis Simpson or the last tsarina, whose images fade to sepia and whose bones are white as pearls. Instead, we gossip about her as if she had just left the room. We still debate how in 1981 a sweet-faced, puppy-eyed 20-year-old came to marry into the royal house. Was it a setup from the start? Did she know her fiancé loved another woman? Was she complicit, or was she an innocent, garlanded for the slab and the knife? ...From her first emergence in public, sun shining through her skirt, Diana was exploited, for money, for thrills, for laughs. She was not a saint, or a rebel who needs our posthumous assistance – she was a young woman of scant personal resources who believed she was basking with dolphins when she was foundering among sharks. But as a phenomenon, she was bigger than all of us: self-renewing as the seasons, always desired and never possessed.”

The image of a woman trapped in a golden cage is a compelling one, but that collective protective instinct vanishes if she breaks out. Princess Diana flew off with it, which is probably why she remains fascinating. But, come to think of it, if walking into the sunset with a prince is such a prize for women, it was the unglamorous Lady Camilla who won it.