SC all set to sentence Vijay Mallya in contempt case: Fugitive’s hubris must be put down 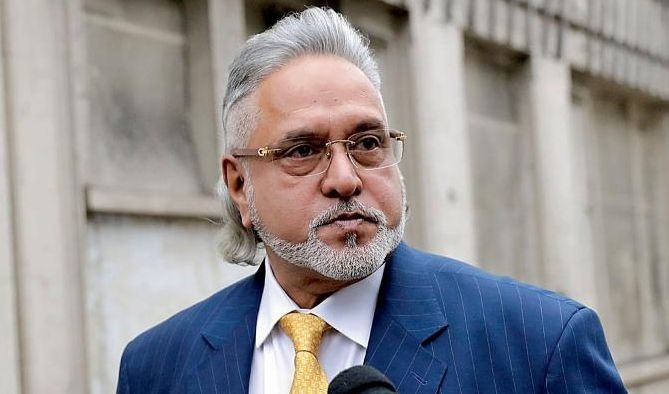 The Supreme Court said it will decide the quantum of punishment against fugitive businessman Vijay Mallya in January./Vijay Mallya | PTI

It has been over four years since the Supreme Court found the fugitive liquor baron Vijay Mallya guilty of contempt for wilful disobedience of its order to come clean about his assets and not disclosing $40 million (Rs 600 crore) he had received from British liquor major, Diageo Plc following his resignation as Chairman of United Spirits Limited in February 2016.

In his original arguments before the apex court in 2017, Mallya had informed the court that the $40 million was one among “thousands of transactions” he did and cannot be counted as an asset.

Mallya said he had no control over that money now as he had already disbursed it among his three adult children, who are US citizens. What gall! Such an effrontery before the apex Court could not have gone unpunished. This was not as much a vain boast as a contrived callousness to pull wool over the Court’s eyes.

Mallya does what every criminal does

The Court apparently had found that the fugitive had resorted to what every criminal tries to do especially when they suspect the winding up of companies they have founded is imminent---pull at least part of the chestnuts out of fire. This thinly disguised attempt is called fraudulent diversion of funds, the bottom-line of which is further depletion of what is available for creditors. Company law rightly frowns on it and the SC was quick to see through it and unravel it for the government and the liquidator, if and when he steps in to perform the last rites of Kingfisher Airlines.

The punishment though is laughable---six months simple imprisonment or a fine of Rs 2000 or both. Even both would not meet the ends of justice. It is shocking that the Contempt of Court Act of relatively recent vintage (1971) could have fixed the penalty so low. But then the object of the contempt law is to uphold the majesty of Courts and not to wreck vengeance by way of retributive justice.

Be that as it may, discerning readers, however would note that this has got nothing to do with his original crime---failing to pay back banks to the order of Rs 9,000 crore plus interest in his capacity as guarantor for the loans taken by Kingfisher Airlines--which he had launched with fanfare and flamboyance, only to land with a thud a few years down the line. That case will go on in full swing once he is back in India kicking and screaming. His gimmicks like Indian prisons being inhuman did not wash in successive appeals.

Now reverting back to the contempt case--the court had already held him guilty of contempt as far back as on May 9, 2017 but waited patiently for extradition proceedings to end and the fugitive to be hauled back to India to face law in numerous cases including thumbing his nose at banks.

On November 30, the court's patience wore thin and it made no secret of its displeasure with both the central government and Mallya’s legal team for being secretive about the confidential matters being sorted out before he was brought to India. It said enough is enough and fixed January 18, 2022 for pronouncement of the sentence.

God knows what is holding back his extradition now that Mallya has exhausted all the judicial remedies against the original order of extradition.

One hopes the British authorities swing into action on hearing the verdict on January 18, 2022. One also hopes the SC condemns him into prison, where he belongs, at least for six months-not vindictively, but to expedite the process of his homecoming with his tail firmly behind. That hopefully would shame the British authorities sufficiently for playing footsie with the fugitive in delaying the inevitable and goad them into action without getting diverted by the fugitive’s dilatory tactics.

The Enforcement directorate (ED), who are gunning for the fugitive under the Prevention of Money Laundering Act (PMLA) and, tax authorities have already seized his assets to the tune of roughly Rs 14,000 crore under the Fugitive Economic Offences Act, 2018 which stands out as one of the seminal economic laws made by the Narendra Modi government.

Mallya unabashedly has given a clever spin to this---When you have seized so much, why do you need me back in India? Why don’t you sell and pay off the dues to banks?

First Debt recovery tribunals are finding to their chagrin that ‘tainted’ assets when sold are hammered down in auctions. So, there is no guarantee that banks will get their full dues. Second, he is being naïve or deliberately disingenuous when he says the cases, he is being proceeded against, do not require his presence. Most of them have criminal overtones and he may have to cool his heels behind bars till his lease on terra firma ends.

Vijay Mallya’s is a test case in the sense that he is the quintessential fugitive with the dubious and unedifying distinction of being the first person to be declared 'fugitive economic offender' on January 5, 2019 under the Fugitive Economic Offenders' Act, 2018 by a special Prevention of Money Laundering Act (PMLA) Court. One hopes the SC sentence on January 18, 2022 will unleash energy and end inertia all-round, ultimately resulting in a loud and clear message to other fugitives in London, which curiously is the chosen destination of Indian crooks fleeing the law.