When people learn no tools of judgment and merely follow their hopes, the seeds of political manipulation are sown.

By every reckoning, Indian legislators should have known that business should be left to businessmen. They had, time and again, thrown to the winds, the wise saying “hyan raja vepari, tyan, praja Bikhari” (Rough translation: where the king dabbles in business, the subjects are reduced to begging). Each time, sagacity was abandoned in favour of populism.

So, it was with the rationing out of capital for industry, the licences required for enhancing production, the quota system for doling out export rights to the favoured, the import duties to protect a few favoured domestic producers, and now the rules behind the PLI (production linked incentives). It was always the same story. Policy makers thought they knew how business ought to be done. The result, invariably, was loss of business, industrial sickness, and consequently loss of market share.

Babus who wanted to be Gods

It was logical that apparels should have become the most profitable sector for the textile industry, with the highest value added. But policymakers thought that low value added businesses should be focussed on instead. Instead of allowing the industry to climb the value chain, they made low hanging segments more attractive. So, smaller cottage enterprises flourished. They were content on making simple apparels like kurtas. The move into more capital intensive and sophisticated apparel making (of items like shirts and jackets) was retarded. India thus could not capture a decent share of the growing apparel pie worldwide. Policymakers wanted to play God. They wanted to decide which promoter should be allowed to expand production capacities, or even export. It is only when the quota system was abolished that the textile industry began growing again. 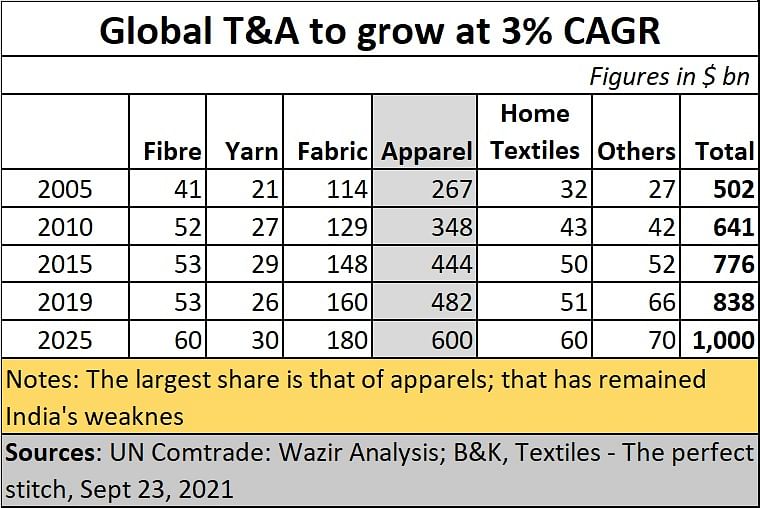 It was populism that stunted the apparel industry in India and prevented the setting up integrated facilities under one roof.

As a result, the industry moved to other countries. As Arvind Subramaniam points out in his brilliant talk on the Indian economy (timeline 32:15 onwards at https://youtu.be/XVXm57tD7tQ), India failed to grow even when China began moving out of textiles. China had recently vacated businesses worth around $150 billion on account of higher wages. India, at best, gained just 15% of that.

Such findings were also borne out by Nomura in 2019. It too pointed out how -- that of the 56 companies that sought to move out of China as labour costs were climbing -- only three opted to come to India. India’s allure was fast fading. 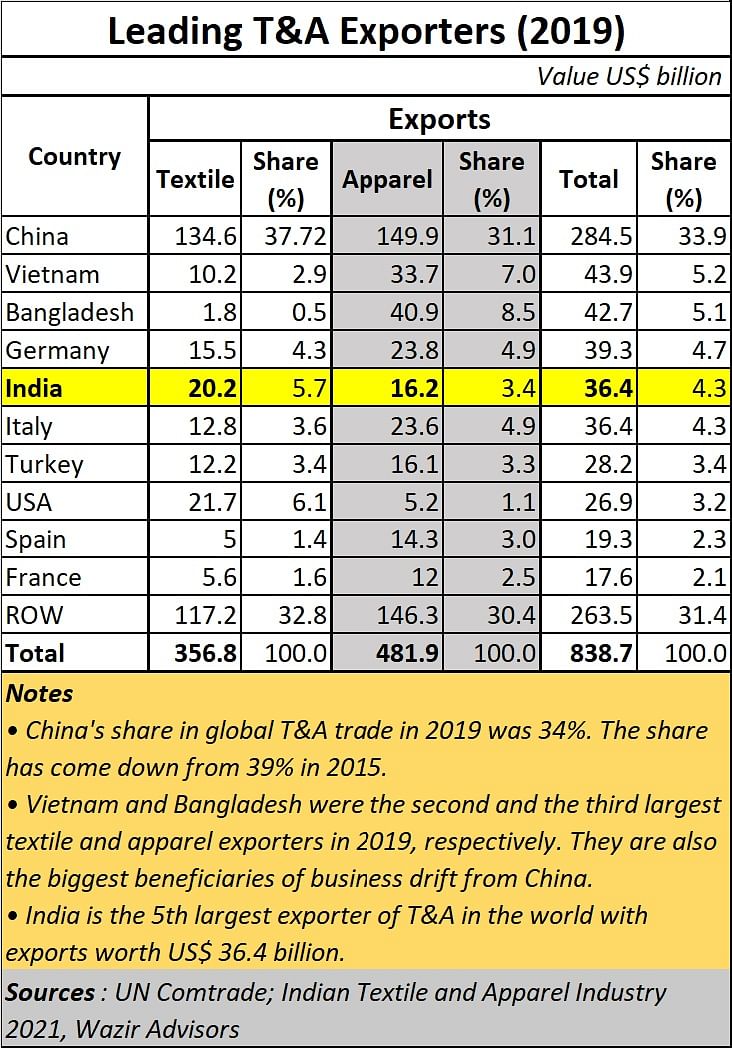 Just look at the numbers. India’s share of the textile and apparel (T&A) export market (in 2019) was just 3.4%. China’s was 31%. Even Bangladesh had performed better than India at 8.5% and is still growing. A closer look shows that China continues to remain strong despite higher costs. What hurts India is the absence of an ecosystem that failed to develop because of flawed policies.

The government’s inability to enter suitable FTAs (free trade agreements) with importing countries is one factor. Bangladesh, Vietnam, and even Pakistan, have extremely favourable FTAs as far as T&A exports are concerned. India needs to move fast on this front.

Its inability to stomp out the recourse to reservations without merit has only encouraged many states to clamour for sons-of-the-soil reservations.

Its inability to create more jobs – it has instead killed jobs (especially in leather, cattle and beef markets) -- has compelled many states to become populist by introducing such reservations. 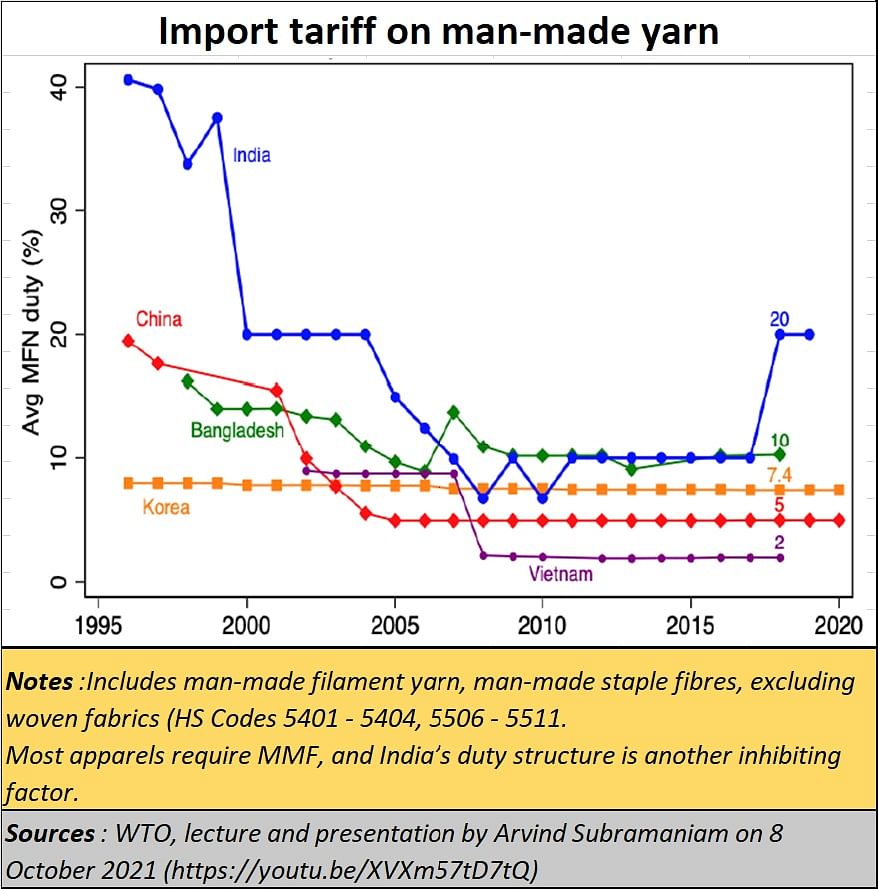 The government’s penchant for populism goes even further. To curry favour from a few chosen industrialists, it has begun protecting domestic industry by increasing tariffs. India has one of the highest tariffs among T&A exporting countries. One of the items that has seen tariff increases is man-made fibres (MMF) which is a key input in garment exports.

As a result, while India is comfortable with cotton and silk – it is the largest producer of both – the policy on MMF has hurt the textile industry. As Arvind Subramaniam points out, all import duties eventually end up as export taxes. If India must become competitive, it must first do away with such protections which only blunt export strategies.

India thus has a consumption structure that is at sharp variance with the rest of the world. Indian garments focus on the use of cotton, while the world has opted to use more MMF fibres. Thus Indians – especially poorer Indians – must don garments that wear out even more quickly than their counterparts worldwide. Moreover, the lack of exposure to the ways in which MMFs can be used only makes the Indian apparel exporting industry less capable in working with the latest trends and the latest fibres. Consequently, India’s ability to export apparel with synthetic fibres also stands diminished. 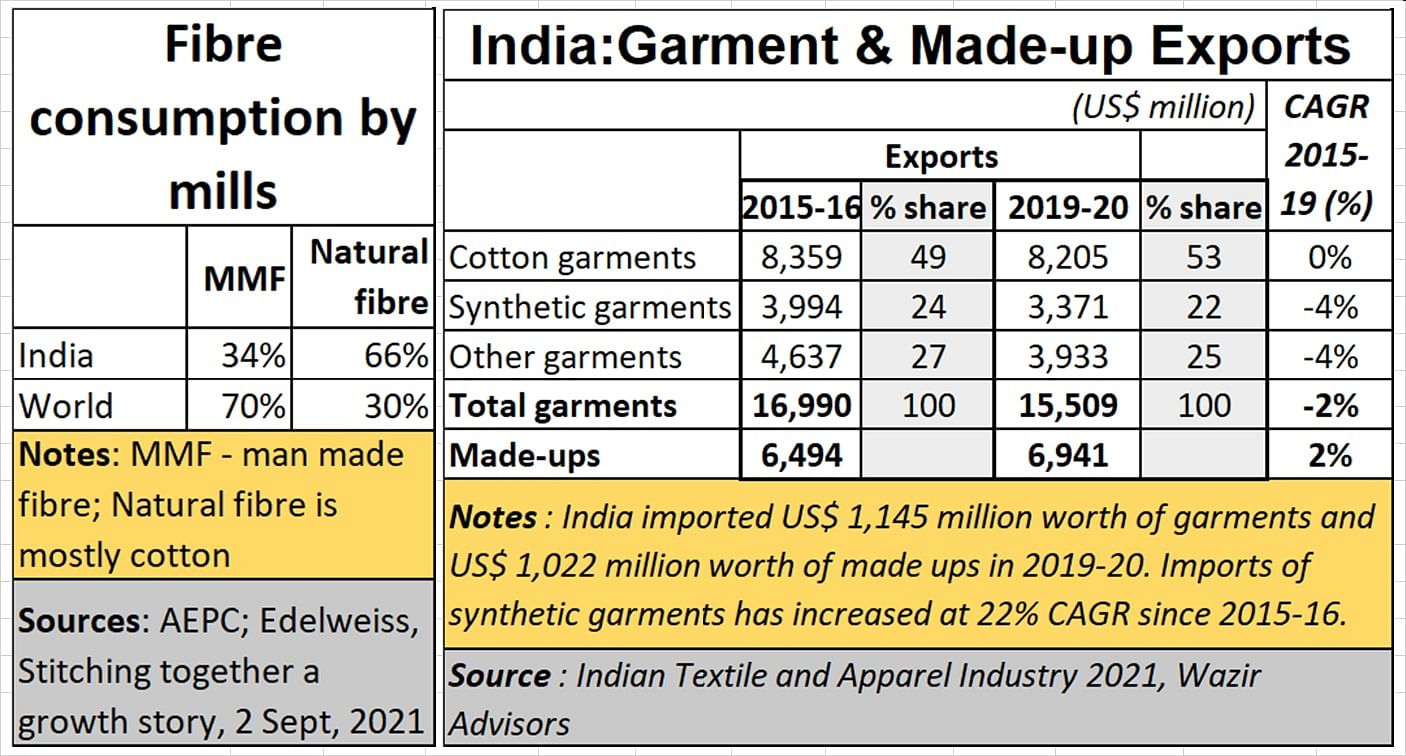 Protection works in strange ways to render industries uncompetitive. India appears to have specialised in the formulation of such policies.

There are many who praise the textile parks policy and the PLI scheme for T&A The best analysis of the disadvantages of the PLI scheme can be found in the speech by Arvind Panagariya. Arvind Subramaniam too refers to the short-sightedness of the PLI scheme. It may be coincidence, but the latest report from the World Trade Organisation shows that India slipped to eighth position in 2020 in terms of its share of merchandise exports among developing economies.

Textile analysts have another complaint about PLI. Is this incentive meant to subsidise capital expenditure? But then, the mandate, that sales must increase by 25% each year, only requires units to go in for additional capital expenditure. That increases the interest outgo, which in turn will mean lower profits. This is a recipe for running industries into losses, unless they are large units that already enjoy global exposure and financial muscle. The PLI does not promote labour intensive sectors. Currently, the subsidies and incentives make the strong stronger, and the weak weaker. Already, both GST and other policies (like MMF pricing) have caused the textile industry to shrink.

Finally, the PLI gives the bureaucrat more power to decide who should be on the list and with what benefits. It queers the pitch for allocation of capital that businessmen are better at deciding.

As for textile parks, analysts believe that the best thing that the government could do is to get the same consultants who helped set up the textile parks in Vietnam. Textile parks need to have an integrated approach – where all inputs into apparels and textiles are available at reasonable costs and timely deliveries from within the park. Vietnam has done this brilliantly. Not a single Indian textile park comes close to that model. Instead, like the infamous SEZ (special economic zone) policy announced by the previous government, this too will become more of a real estate play than an industry asset.

Can India’s garment exports see a boost? Best to keep your fingers crossed. 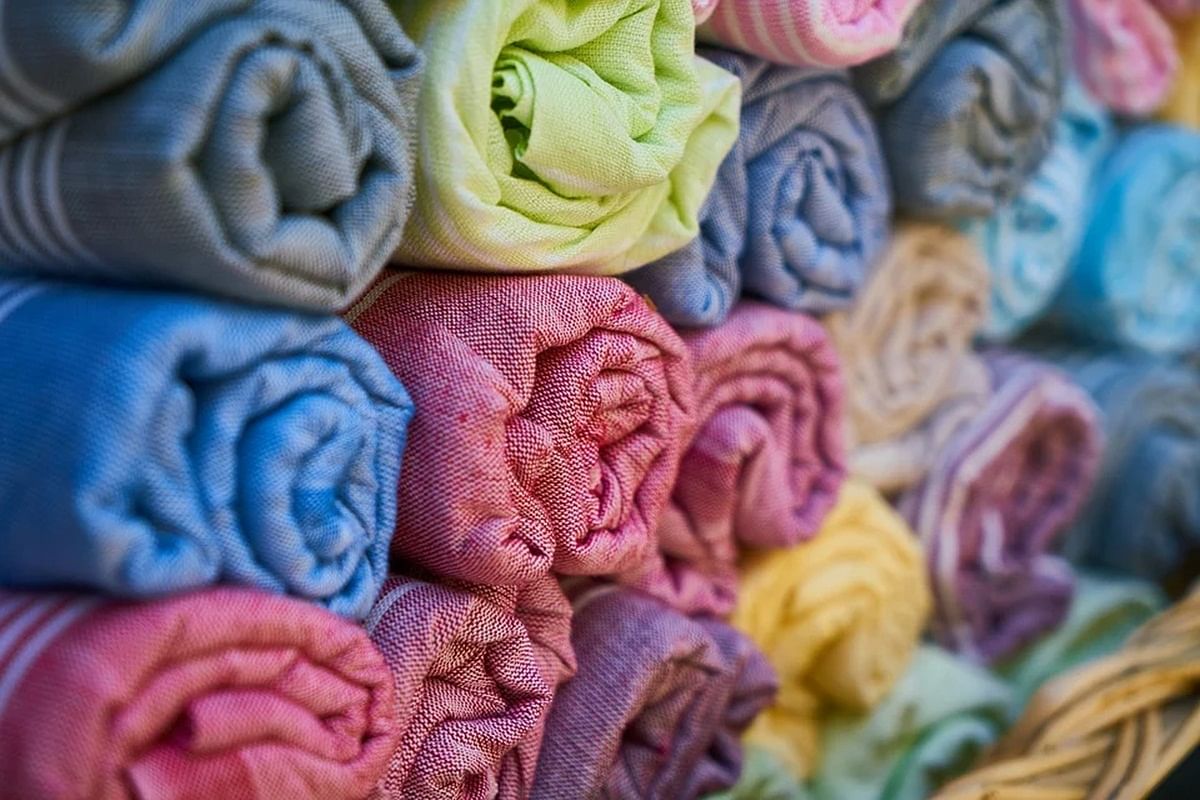