The Supreme Court on Friday agreed to hear next week a petition filed by veteran journalists N Ram and Sashi Kumar, seeking an independent probe into the Pegasus snooping row
Anil Singh 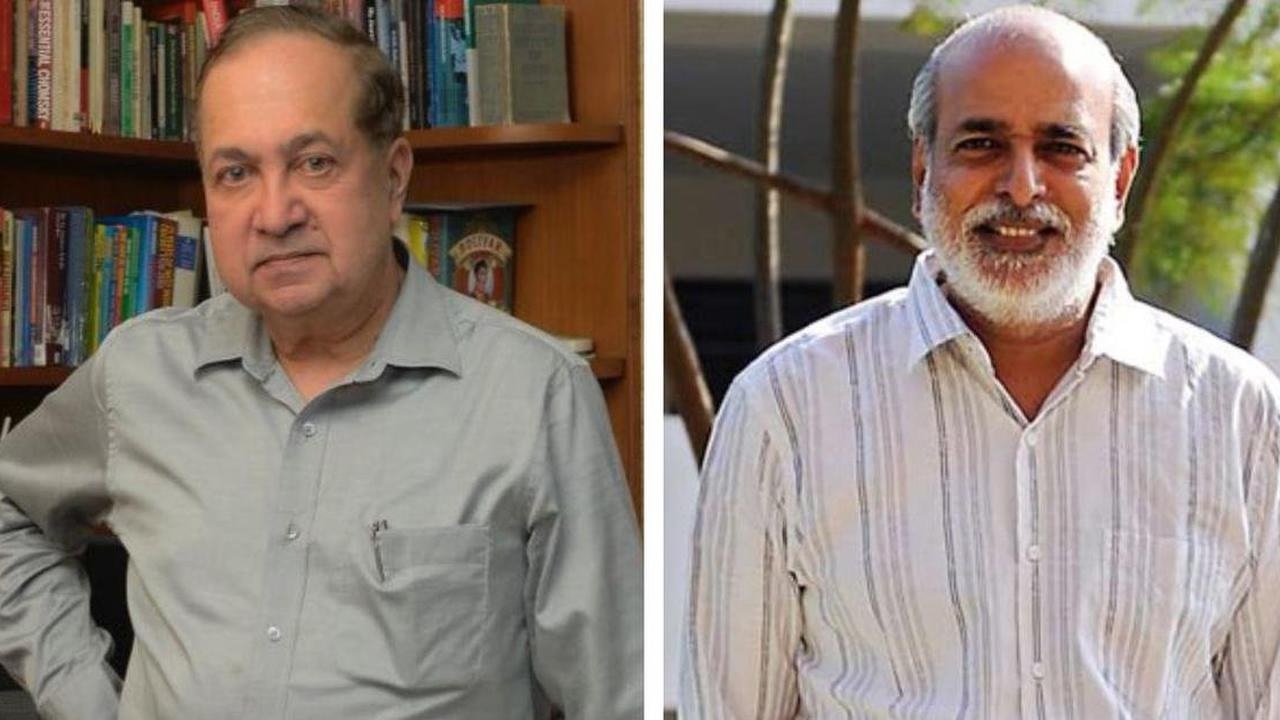 Perhaps it was the effrontery of the government in scuttling a Parliamentary panel’s meeting on the Pegasus issue that was the tipping point. The Supreme Court on Friday agreed to hear next week a petition filed by veteran journalists N Ram and Sashi Kumar, seeking an independent probe into the Pegasus snooping row.

On Wednesday, representatives of three ministries -- the ministry of electronics and information technology, ministry of home affairs, and the department of telecommunication -- refused to attend a meeting of the Parliamentary Standing Committee on information technology, clearly a contempt of the House. BJP members also stayed away, ensuring that there was no quorum for the meeting on citizens’ data security and privacy.

Meanwhile, the ruling party refuses to debate the issue highlighted by the alleged use of the Israeli spyware on constitutional authorities, opposition leaders, journalists and ordinary citizens, despite the united opposition asking for it in the wake of mounting evidence and global outrage over breach of privacy. If this cannot be discussed in Parliament, why call ourselves the world’s biggest democracy; one whose guiding principle is Satyameva Jayate (Truth alone triumphs).

This is the same government which wants us to believe that no Covid patient died for want of oxygen, that millions of migrant workers did not walk back to their home states, that an ailing octogenarian priest with 50 years of service in Jharkhand was the kingpin of a Naxal plot to kill Modi… Some of these lies were bought by the SC, which will remain its abiding shame. Now, the government wants us to believe that ‘‘any form of illegal surveillance is not possible in India with the checks and balances in our laws and our robust institutions’’. However, it is neither confirming nor denying whether any of its departments or agencies have purchased Pegasus.

Actually, the SC had enough reason to order an inquiry on its own into the charges of illegal surveillance. Forensic tests by the Toronto University’s Citizen Lab, an academic research lab focussed on the study of digital threats to civil society, as well as by Amnesty International on 21 cellphones targeted for surveillance in India, reveal that ten of them were infiltrated by Pegasus; a significant percentage. The number of suspected targets in India has crossed 300 and more victims will now be emboldened to come forward and have their phones tested.

If not anything else, the apex court ought to be perturbed about the suspected use of the spyware on as many as 11 relatives and associates of its staffer who accused former Chief Justice of India Ranjan Gogoi of sexual harassment.

In fact, the list of suspected Indian targets include several women activists, wives of activists and intellectuals who were arrested under the draconian anti-terror law (UAPA) in the flimsy Bhima-Koregaon case which was about a minor clash between Dalits and upper castes in Maharashtra three years ago. As of now, Pegasus is suspected to be used on at least 60 women in India, including a Union minister. The list also includes BJP and RSS functionaries as well as the man who was eventually made the new information and technology minister. If a government can spy on so many of its own, no one is safe. Strangely, no top terrorist, gangster or economic offender was caught using such spyware.

If there was no merit in the allegation that the Pegasus spyware sold by the Israeli NSO Group was misused, why would the French president claim he was a victim and write to his Israeli counterpart? Why would the French, the Hungarian and the Mexican governments order probes into the use of Pegasus to target dissidents, journalists, civil right activists and the like? The Israeli government itself has raided the offices of the NSO Group near Tel Aviv.

The Pegasus episode is likened to Watergate but it is far worse and on a global scale. The latter was a break-in ordered by the Nixon administration at the rival party’s office to get some ‘incriminating evidence’. Today, such evidence can not only be stealthily extracted from the mobile phone of the target, it can also be planted in the target’s phone or laptop.

Tests conducted by Arsenal, an independent US lab, on the laptops of two tribal rights activists arrested in the Bhima-Koregaon case show that the ‘incriminating evidence’ was planted in them. More than a dozen human rights activists were arrested based on such ‘incriminating evidence’ and are rotting in Indian jails without a trial for the past two years.

One of them, an 84-year-old Jesuit priest called Fr Stan Swamy, recently died in custody. A Bombay high court judge who praised him posthumously for his service to humanity withdrew the statement after the National Investigative Agency said it was hurt. Hopefully, the honourable SC judges do not have any such trepidation. They can also take heart from the fact that this time the government itself has been accused of treason by the opposition.

Such dual-use technology, including facial recognition, is open to misuse by totalitarian regimes or by autocratic leaders. And citizens literally pay the price which is quite steep; using Pegasus on one phone is estimated to cost Rs 1.5cr.

Also demanding a judicial probe was the Editors Guild which lamented that ‘‘this is a moment that demands deep introspection and inquiry into the kind of society we are heading towards and how far we may have veered away from the democratic values enshrined in our Constitution’’.

Several acclaimed writers, journalists, lawyers, academicians and activists also collectively sought Chief Justice N V Ramana’s “immediate intervention” in the matter. Among other things, they want to know the justification for such targeting and the constitutional authority which vetted the cases. They have also raised the critical need for judicial oversight of all interception orders, as in the UK. Even before them, non-government organisations such as the Software Freedom Law Centre and The Internet Freedom Foundation have been pushing for surveillance reform and a judicial oversight in our intelligence framework.

Let’s hope that the Supreme Court trims the wings of the Pegasus.