Paytm shares slump: Why SEBI must do more than just question merchant bankers on IPO 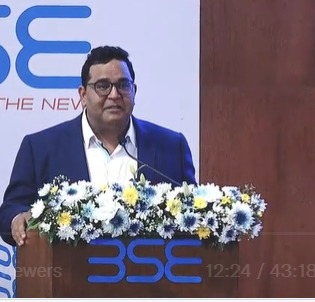 Vijay Shekhar Sharma, Founder and CEO, Paytm has booked his profits by unloading the hefty sliver of his stakes for a whopping Rs 2,150 per share---the price discovered on book-building--- that was subscribed to at par. | Twitter/@paytm

Quite a few industrialists have sent condolences to Vijay Shekar Sharma, Paytm promoter whose recent IPO barely sailed through, with Indian mutual funds wisely staying away from it questioning its pricing and dalliance with numerous verticals thus revealing its nervousness over its stranglehold on the mobile wallet market. Their elegy isn’t to condole the mutual funds’ near boycott of the IPO but the miserable debut on the bourses----far from listing gains, the share ended the day on November 23 at a 27 percent discount. Its downhill course continued on the second day as well.

Truth be told, Sharma hasn’t lost out financially. Loss of prestige, yes. Loss of face, yes again. He vainly sought to worst Coal India by going for a record issue size of Rs 18,000 crore. But he must be laughing up his sleeve having sold a hefty sliver of his stakes through Offer-For-Sale (OFS) platform that invariably rides piggyback on IPOs in India.

Spare a thought for small investors

Paytm promoters have not been alone in this game of jumping the ship as it were. Exiting themselves even while welcoming the newcomers without batting an eyelid is de rigueur and par for the course. So, who are the motley crowd of industrialists shedding tears for? Spare a thought for small investors. Sharma has booked his profits by unloading his hefty sliver of his stakes for a whopping Rs 2,150 per share---the price discovered on book building--- that was subscribed to at par.

The market watchdog-the SEBI is questioning the merchant bankers on the debacle. But what good is going to come out of it given the fact that it capitulated to the combined pressure mounted on it by the same merchant bankers and the breed of promoters in 2018 when it abolished rating of IPOs as well as the safety net mechanism for small investors? While rating sans rating of price of shares in IPOs was indeed an inane exercise, safety net was a good measure except that its optional character invited sneers given the fact that no one sticks his neck out voluntarily.

Under the mechanism, a small investor (the one who subscribed to the IPO by forking out not more than Rs 2 lakh) could ask the promoters to buy him out at the IPO price (not more than 1,000 shares) should the market tank below the offer price anytime during the first six months.

Only Just dial stuck its neck out. To pre-empt SEBI making the scheme mandatory, the lobby mounted pressure and nipped it in the bud. That of course is history, but the point is had the SEBI stood firm and batted for the small investor, aggressive pricing of IPOs would have been halted in its tracks.

Human nature is to fear the possibility of swallowing the bitter pill they themselves have prescribed. Market fundamentalists mocked at the safety net scheme on the facile ground that risk-taking is inherent in equity investment and those who have no stomach for risks should better stay out.

SEBI must do more

SEBI must do more than just rhetorically question the merchant bankers involved in the Paytm IPO. It must ponder over the desirability of allowing promoters to quit at the primary market instead of in the secondary markets which in fact is saner in the long run when passions have cooled. Come to think of it, the aggressive IPO pricing serves a twin purpose---collecting non-repayable funds for the company without any commitment on rewards and enabling promoters to exit by riding piggyback on the company. The second is insidious, as insidious as insider trading.

It must also reconsider revival of safety net for small investors, this time round with no wiggle room for promoters. It should blaze a trail and set precedent instead of trying to live upto the international practices. In fact, it did blaze a trail before developing cold feet. Breaking the mould and challenging the status quo marks a progressive regulator from the conformists.

(The author is a veteran columnist and tweets @smurlidharan)