Arvind Kejriwal wants to be in the decision-making role when it comes to an alliance of opposition parties; he is no longer content to be a bystander. On this journey, he realises that neither the Congress party nor any other political party apart from Mamata Banerjee's Trinamool Congress can give him a real fight

They both took to the streets of the capital during the demonetisation protest. People saw many hopes, and political analysts wrote many articles or presented views about the political comradeship of the Trinamool Congress supremo, Mamata Banerjee, and Aam Aadmi Party national convenor, Arvind Kejriwal.

When Delhi Chief Minister Arvind Kejriwal was at a dharna inside Lieutenant Governor Anil Baijal's house, Banerjee flew down from Kolkata to the Delhi CM's house in his support. HD Kumaraswamy, the then Karnataka chief minister, and Pinarai Vijayan, the Kerala chief minister, joined her.

But as it stands today in 2022, several things have changed. Banerjee and Kejriwal, the much-discussed natural allies, are not real comrades anymore but rivals.

Last week, Mamata Banerjee called for an opposition meeting of around 22 political parties, including the Congress and the Aam Aadmi Party, for the upcoming presidential elections.

She invited Delhi chief Minister Arvind Kejriwal and Punjab chief Minister Bhagwant Mann of the Aam Aadmi Party, but the party did not attend the meeting. There are several reasons for the absence of the AAP; however, the TMC's and AAP's developing rivalry should not be disregarded.

No friendship is constant in politics.

Personal equations and political opposition are different entities. Mamata Banerjee, the leader of the Trinamool Congress, has a friendly connection with Congress president Sonia Gandhi, for example. But when it comes to opposing the Congress party, she is now a staunch critic of India's grand old party.

Similarly, Banerjee and Kejriwal do share a pleasant personal equation. But when it comes to politics, the TMC and AAP are increasingly becoming rivals.

Earlier, Arvind Kejriwal had taken part in an opposition alliance. Before the 2019 Lok Sabha elections, Kejriwal and Banerjee held rallies together as well. At these rallies, the Congress party and other political parties were also present. Even in Delhi, Kejriwal tried to form an alliance with the Congress party to fight the Lok Sabha elections, but the talks failed. Both parties fought alone and lost all seven seats.

The most crucial question is, who can send a more credible message to the people as a credible face to be a real opposition? While Mamata Banerjee has the goal of leading the opposition, the key focus of Kejriwal is to expand first and then, with that strength, come to the negotiation table in national politics.

But the TMC and Banerjee are creating roadblocks in Kejriwal's journey on this path. This is not going down well with the Delhi chief minister.

Similarly, both these leaders have led massive mass movements. While Mamata Banerjee is seen as a street fighter, Arvind Kejriwal has changed his anarchist street-fighting image and become a more administrative politician. However, both leaders understand that when it comes to leading movements and understanding the pulse of the people they have the potential to be at the front. None of the other opposition politicians has such an image.

From Akhilesh Yadav to MK Stalin, KCR to Tejaswi Yadav or even Sharad Pawar, they do not have a background of mass movements as such. Senior politicians who were part of the socialist movement, the Janata Dal or the OBC movement have become sidelined due to age or other issues.

Right now, the fundamental question between Bengal CM Mamata Banerjee and Delhi CM Arvind Kejriwal is not who will become the next prime minister. Here, the real tussle is within the ambition of expansion.

Both Kejriwal and Banerjee understand that without expanding their party to other states of India, there is no chance to become a credible opposition force in the future. Currently, the Congress is the only political party with a majority of state bases in opposition to the Bharatiya Janata Party.

This decision harmed the AAP massively in Goa. The TMC could not win but took away votes from the AAP in many seats. The AAP could only manage to get two MLAs. Similarly, the AAP is now looking to expand their party in Northeast India. Meanwhile, Mamata Banerjee believes that the Trinamool Congress, as a Bengal-based political party, has a stronger chance in these north-eastern states, such as Assam, where there is a significant number of Bengali voters.

In such a situation, joining an opposition alliance led by Mamata Banerjee in the presence of the Congress party is not a good option for Arvind Kejriwal.

Significantly, Arvind Kejriwal sent Aam Aadmi Party Rajya Sabha MP Sanjay Singh to meet Sharad Pawar to request him to become a presidential candidate of the opposition. However, the party did not attend the meeting of the opposition political parties.

This shows that Arvind Kejriwal wants to be in the decision-making role when it comes to an alliance of opposition parties; he is no longer content to be a bystander. On this journey, he realises that neither the Congress party nor any other political party apart from Mamata Banerjee's Trinamool Congress can give him a real fight

This is why today and in the future, the key fight in the opposition could be between Mamata Banerjee and Arvind Kejriwal.

The author is an independent journalist based in Kolkata and a former policy research fellow at the Delhi Assembly Research Center. Views expressed are entirely personal. He tweets at @sayantan_gh 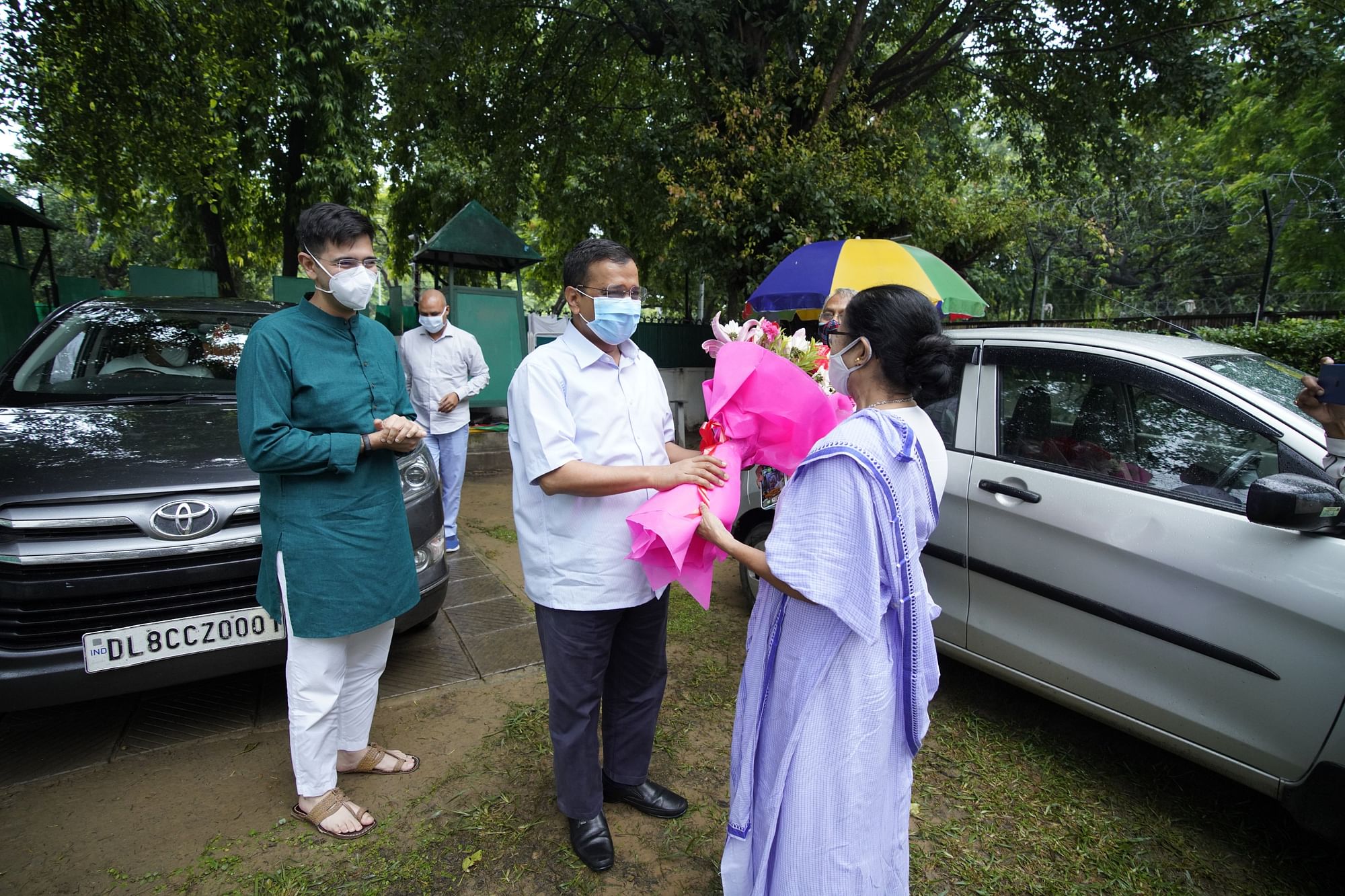