It almost seems like we're living in the era of 'stupid', where it's politically correct to accept stupid ideas as worthy of merit, writes Harini Calamur

There is a significant vocal minority that believes that the world is flat; that drinking cow urine will cure one of illness; that vaccines cause autism; that global warming is a hoax; and that God created the world in six days (as scientific fact) – and therefore evolution never took place. And all these views are held and propagated despite mountains of evidence to the contrary 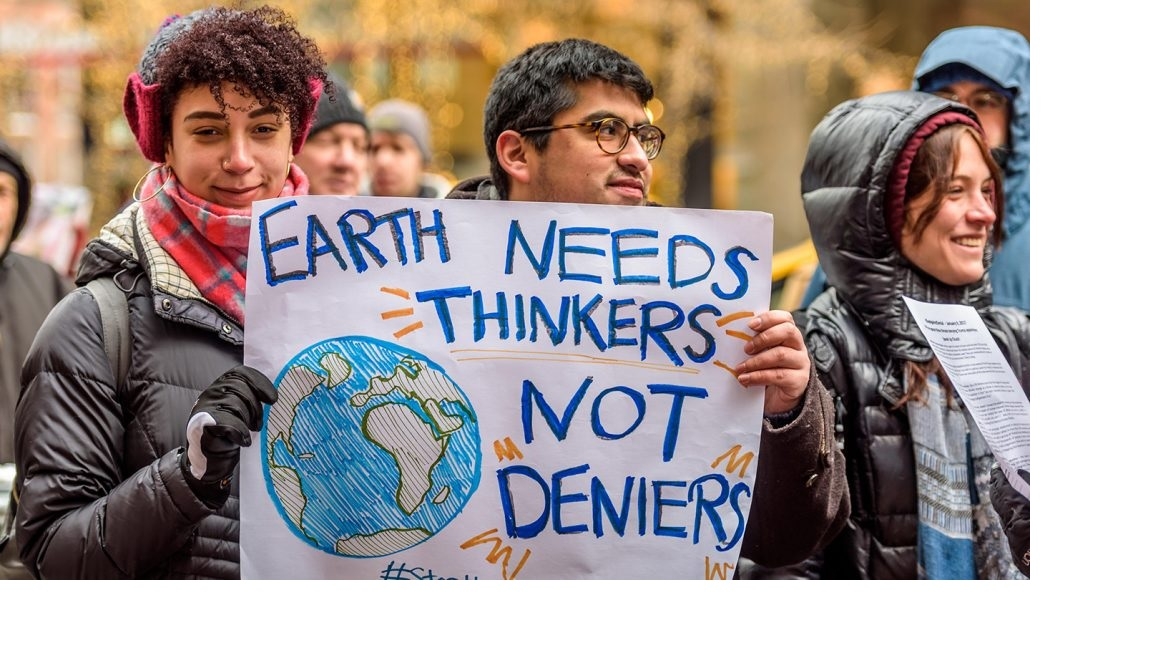 If the illogic of the anti-science brigades has to be combatted, it can only be by the simplicity and beauty of science |

The Darwin awards are given out every year to “commemorate those who improve our gene pool--by removing themselves from it in the most spectacular way possible”. Over the years, many have been awarded this recognition for their abject stupidity. And now it seems to be a pandemic. There is a significant vocal minority that believes that the world is flat; that drinking cow urine will cure one of illness; that vaccines cause autism; that global warming is a hoax; and that God created the world in six days (as scientific fact) – and therefore evolution never took place. And all these views are held and propagated despite mountains of evidence to the contrary.

We live in an era of unprecedented scientific advance. Humanity is exploring space with the aim of moving to other worlds in the near future. Science has unlocked the key to the genetic make-up of humans, and now, we are on the verge of conquering disease. Underwater exploration is at greater depths than ever before. From a scientific perspective, the answers are flowing out every day. There are women and men across the world who are asking questions and seeking answers at all levels, adding to the body of knowledge that exists, exploring new areas, and making an impact on humanity and on society. And, yet we are assailed by the same problems that our ancestors faced – dogma in beliefs, superstition, and the refusal to accept evidence-based science.

However, going by the headlines, it almost seems like we are living in the era of 'stupid', where it is politically correct to accept stupid ideas as worthy of merit and treated on a par with ideas backed by science. Be these ideas based on people’s understanding of ‘tradition’, or their following of conspiracy theorists and alternative view peddlers – the impact is the same – muddying the waters of evidence-based science, and demanding that the ‘alternative path’ that has neither logic nor evidence backing it be accepted as equal in approach.

The media has had a large part to play in encouraging this epidemic of stupidity because stupid ideas attract audience stickiness. Both mainstream TV channels and social media platforms – have been encouraging pseudo-science for audience eyeballs and shares. The cost to humankind has been huge. Our very shock at hearing something preposterous – such as someone telling us that the earth is flat – or something horrifying – such as someone telling us that vaccines cause autism – allows us to suspend disbelief and give credence to something that is blatantly a lie. And when this lie is given credence by the media normalising it, there is bound to be a section of the population that takes it as the truth.

The other part of the problem has been institutional science itself. In the last three decades or so, it has retreated back into its ivory tower – keeping its distance from mere mortals. If we look at the early part of the 20th century, all the way to the 1980s – scientists were part of the popular icons of society - be it Einstein or Feynman in the west, or Vikram Sarabhai or Meghnad Saha in India – scientists were household names. They were accessible, gave public lectures, had space in news media to put forth their views, and reached out to build a scientific temperament in society. In addition to being scientists and researchers, they were also superb science communicators, who enthralled the population on the possibility of what could be. Saha, incidentally, got elected to Parliament as an independent candidate – he was that popular.

Covid has exposed the lack of scientific temperament amongst vast swathes of people, the world over. Be it the resistance to masking, or the resistance to vaccines or the lack of social distancing protocols – we are being assailed by the opposite of evidence-based science. The fight against global warming has run into the anti-science brigade and its hocus pocus that denies the existence of climate change. It has got to a stage where the anti-science brigade poses a genuine threat to us, our lives, and our livelihoods.

The way to combat this is to ensure that scientists and researchers come out of their ivory towers and share the joy they feel in their research. They need to share their dreams of the possibilities that their research will enable. They need to communicate their science and the wonder they feel when they examine a cell or a particle, or a speck of dust a billion light years away. It is this that is going to help build the narrative for science. If the illogic of the anti-science brigades has to be combatted, it can only be by the simplicity and beauty of science – and what it enables. The age of stupid will give way to the age of enlightenment only when that takes place.