In India some are 'more unequal' than others, writes P N Vijay 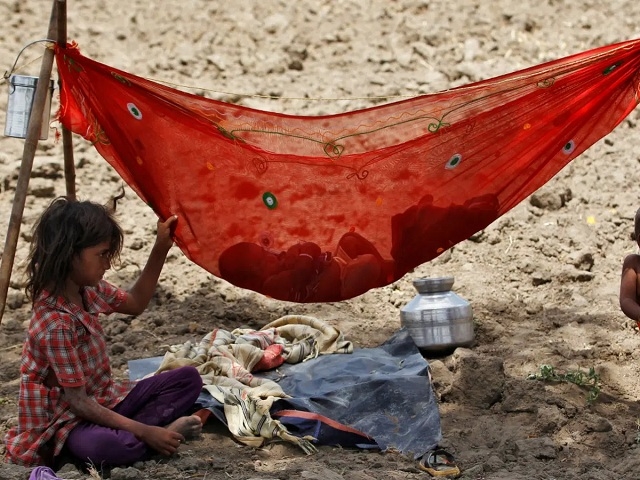 Recently the World Inequality Report 2022 came out and it has been widely reported and commented upon. The report is authored by Lucas Chancel – codirector of France-based World Inequality Lab – and has been prepared in coordination with several experts, including French economist Thomas Piketty. It would be useful to briefly enumerate the findings before going more deeply into the solution.

One would have thought that India becoming independent of British rule and a popular Government would improve the lot of the poor. This did happen for some time. The Report points out that the wealth held by the top 10 per cent, which was 50 per cent of the total wealth in 1947, did come down to 35 per cent in 1980. But liberalisation of the economy and opening up stopped this trend. Unfortunately reforms have considerably widened the gap between the haves and have-nots in the last 30 years. The share went up to reach the 57 per cent level mentioned earlier. The share of the middle class has also reduced to 29 per cent.

While these statistics are bad enough, when you disaggregate them the picture even bleaker. Women took only 18 per cent of the total income – one of the lowest among the 180 countries surveyed. Labour participation of women was also a dismal 16 per cent against the global average of 34. India is clearly a poor and unequal nation.

In a nutshell, there is a huge gap between the rich and the poor in India; and big gender and regional disparities. What have we done wrong? To be fair it is not that nothing has been done. We have in the last three decades moved about 30 crore Indians above the poverty line. Apart from poverty, much has been achieved through successful schemes like the Jan Dhan which have brought basic banking to almost all Indians. The mobile revolution has brought families together and helped small businesses in a big way. The Swatch Bharat scheme is providing basic facilities at the grassroots level. Rural roads are a lot better. Cooking gas has replaced coal and kerosene in most households in India. Small steps but very important steps.

Taxation has been invariably used as a tool to transfer wealth from the rich to the poor. In India too the income of the rich is taxed at much higher levels than the poor. Also goods purchased by the rich have much higher GST. Already many rich Indians complain of the “perverse tax” system that taxes risk taking and innovation and ends up curbing growth. Many Indians have walked the talk and shifted their base out of India to low-tax areas like Dubai and Singapore. In fact India has the dubious reputation of seeing the highest number of its citizens turning NRIs. I am personally of the view that higher income taxes and GST will only lead to evasion and sharp reduction in demand, and will not help significantly in reducing disparities.

If you looked at the experience of the far eastern nations which in the 50s and 60s rebuilt their economies and brought down both poverty and inequality, two factors stand out. First is the public investment in education and the second is public investment in health. Looking at education in India, the number of children who do not go to school is alarmingly high. So also are the statistics of drop outs. We should undertake primary school enrolment on a war footing and ensure that there is a school within one kilometre of every citizen. Adequate midday meals should be provided so that children stay in schools and parents also don't pull them out. Tamil Nadu and Kerala are the best examples of how a good infrastructure of primary education with midday meals can lead to faster economic upliftment of the poor.

Another sector that requires big public investment is health. The latest National Family Health Survey (NFHS) shows a distressing increase in anaemia and stunting in children. Seven out of 10 children under the age of 5 years in India (67 per cent) suffer from some form of anaemia, a number that has grown from 59 per cent in 2015-16. Malnutrition is still a curse. 35.5 per cent children under 5 years are still stunted and 32 per cent still underweight, indicating programs like the National Nutrition Mission, focused on addressing nutritional requirements for mother and child, are not adequate. It would appear that corruption has eaten away at a large portion of the allocations in these sectors.

We must recognise that India can never be a great super power if its future generation is anaemic, stunted and illiterate. The “trickle down theory” has not worked and the socialist experiment has been a disaster. We need to change our approach and wage a much more focused war with the areas of public health and public education being the key frontiers if we are to get anywhere near the type of equality that North America, Europe and East Asia have achieved. Democracy should be much more than standing in a queue every five years to elect an MLA or an MP,...