IND vs NZ, 2nd Test: Early Lunch taken due to wet outfield; toss at 11:30 am and start of second session at 12 noon ISTMumbai: 9 international travellers including one from South Africa test positive for COVID-19India reports 9,216 new COVID-19 cases, 391 deaths in last 24 hours
Advertisement

Democracy should be much more than standing in a queue every five years to elect an MLA or an MP, writes P N Vijay 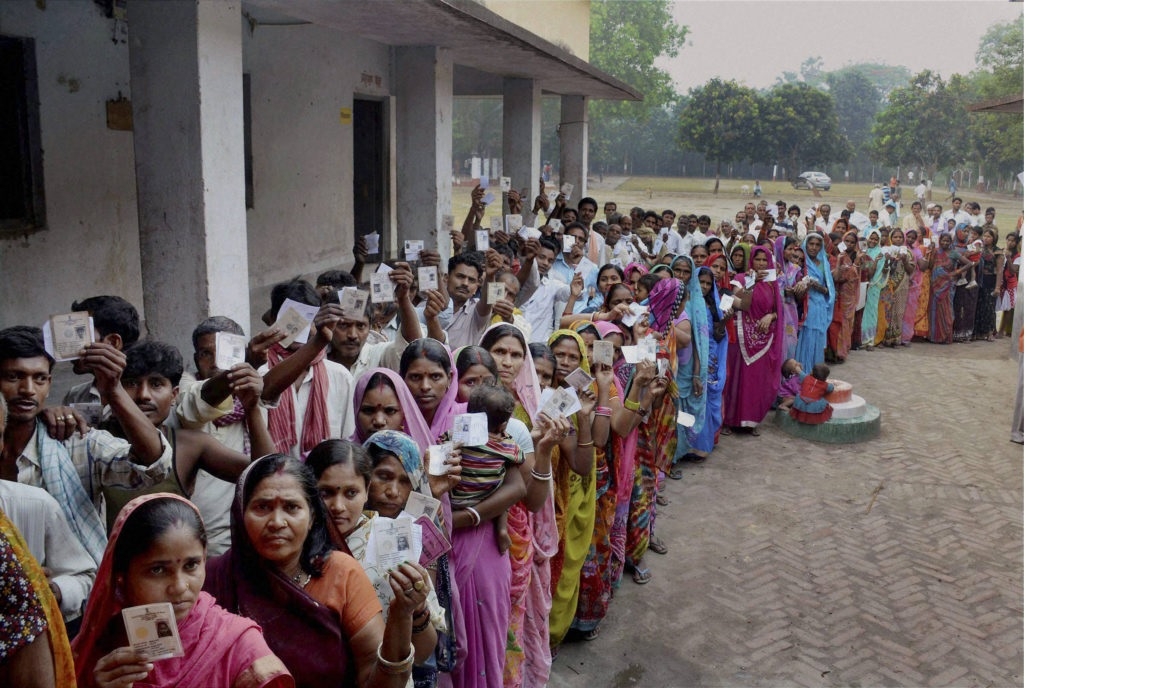 We pride ourselves on being the world’s most populous democracy. It is laudable especially given the lack of education among the masses and the widespread prevalence of totalitarian regimes in Asia and Africa. The founding fathers of Independent India showed the world that democracy was not a luxury confined to the Caucasian race in Europe and America but something ‘lesser mortals’ could enjoy.

After almost 75 years of the democratic experiment, we can proudly claim that many of the pillars of democracy such as freedom of speech, right to private property, strong judiciary, vibrant free press are alive and kicking in India though some people may demur and say that the sedition law and some other moves are encroaching into these hallowed areas of liberty. But where we are woefully lacking in democratic reach is in local self-governance. So much so that most Indians have come to believe that the government belongs to netas and babus and citizens are mute helpless spectators, with these “superior souls” shaping their everyday life.

This point was brought home to me by a couple of incidents that happened not long ago. One, where an old man sitting in the club remarked, “For the last 60 years I have been calling it ‘Bangalore City Station’. Now, they call it by some name which I cannot even pronounce.” In the other, even as Smart City projects are vandalising our roads, a friend remarked, aggrieved, “Aren’t they going to at least tell me before digging a huge trench in front of my house?” Such events, which happen all over India every day, highlight the indifference of the government to the views of local communities and the lack of participation of the people in making rules for their surroundings.

The most visible form of non-participation of citizens in decisions that affect their lives is, of course, the naming of roads. Some of the renaming was required given that we could not be idolising rulers of yore who had pillaged the nation and brought untold misery - like the renaming of Aurangzeb Road as Dr Abdul Kalam Marg. But some others have totally failed.

It is in the area of managing the environment around them that people need to be involved and given more power so that we are more than a once-in-five-years democracy. I had a taste of a functioning of a decentralised democracy when I visited my brother in the US some years ago. He and his wife were attending regular meetings of the local council of the county to decide whether a road in the county should allow goods vehicles to enter. I learnt that unless the local county council approved of the proposal, it could not be made a rule. The power to decide, in essence, was vested in the citizens of the community, who were actually affected by the rule.

Ironically, our humble villages have a lot more of self-governance than us, the inhabitants of urban areas. The panchayats have a say in many matters (not all) involving their life and even have budgets to spend on the development of the villages. There are, of course, incidents of overreach by these panchayats, such as their opposition to inter-caste or inter-faith marriages but on the whole, this devolution of power and responsibility is, in my view, a laudable development.

A good solution would be to bring in a rule that every locality in a Tier-I, Tier-II or Tier-III city/town should have a residents’ welfare association (RWA), whose office bearers are elected by the residents of that locality. Any decision affecting the locality, be it related to roads, traffic, water supply, electricity, location of offices, schools, shops, hospitals or religious places or noise levels should first be cleared by the RWA before it can be enacted by the government authority.

If the RWA appears unreasonable and selfish, the government authority should be allowed to go to court and ask for the decision of the RWA to be reversed. Another extension of this same concept is to hand over the funds meant for the development of the locality to the RWAs, so that they can spend the money. Thirdly, RWA representatives should be involved in the management of local municipalities and the wards under them. This will give resources and power to the citizens and I am sure the RWAs will do a much better job than the babus sitting in power.

Another strategy is to make the MLAs and MPs accountable for what the government is doing (and what it is not doing) in their constituencies. Today, public perception is that the MLA or the MP, once elected, is not involved in any manner in decisions involving his constituency and is most often not bothered about it till a year or so before the next election. We could even incorporate the ‘right to recall’ system in our electoral process.

After, say two years, if a minimum number of persons support the proposal, a referendum should be held in the constituency to see if the MLA should continue. If the elected representative loses the referendum, they should be replaced. During this referendum, the MLA can place before his voters their progress report and can be judged on it. This is an extreme step but in case other methods of making our leaders responsible fail, it should be tried.

Democracy is more than a slogan. It means giving power to the people over their own lives. It is much more than standing in a queue every five years and electing an MLA or an MP. Today, while we do have a democracy at the top level, it is not available at the grassroots level.

The writer is an investment banker and a political commentator. His twitter handle is @pnvijay