Has Mumbai got a real life Chulbul Pandey?

Has Mumbai got a real life Chulbul Pandey? | File Photo

With maverick cop Sanjay Pandey’s surprise appointment as the Mumbai Police Commissioner, it is tempting to know whether the city has got its Chulbul Pandey. The answer is both, yes andno. Reallife isno reel-life but if anyone in the Maharashtra Police has come close to the lovable anti-establishment cop essayed with such elan by Salman Khan, it is Sanjay Pandey. Again, there are contemporaries such as IPS officer-turned lawyer YP Singh, former DGP Sanjeev Jaiswal and eventhe low-profile RajneeshSeth,the current DGP, who are men of integrity and merit, but no one is as quixotic as Pandey. This is impetuousness is also Pandey’s great shortcoming but it has served the people rather than the powers that-be.

Logically, there is no reason why Pandey, who has just four months to retire, should be made the top cop of Mumbai. He is the same man transferred by Sharad Pawar, then the CM, at a press conference. Pawar got jittery when Pandey, then a zonal DCP, arrested the late Gopinath Munde, then leader of the opposition, and put him in a lock-up for obstructing road-widening for what is now the arterial 90-foot-wide road in Dharavi. Deputy municipal commissioner GR Khairnar, who had taken on Pawar, was in charge of the demolition for the widening. Munde was shocked as he had a good equation with Pandey and he moved a privilege motion against him as the House was in session.

The public uproar that followed forced Pawar to review his decision. It helped that police commissioner Satish Sahney, who applied the healing touch to Mumbai after the post Babri riots and serial blasts, stood by Pandey. Within three months of the incident, Munde became the home minister but he was not vindictive towards Pandey. In fact, Pandey, as the DCP of the anti-narcotics cell, gave Munde information that he leveraged to eliminate dreaded gangster Amar Naik, seen as close to the Shiv Sena. As zonal DCP, Pandey also antagonised the Thackerays when he arrested raided anillegal bar in Bandra East owned by one of the brothers. He even took on local Sena MLA Madhukar Sarpotdar. The baddies just moved out his jurisdiction as there was no respite for them.

By this time, Pandey had made a name for himself as the dashing young officer whose unconventional measures had ensured that a communally sensitive slum like Dharavi had no major communal riots while the entire city was engulfed by the post-Babri communal riots. One of the innovative ideas that Pandey attributed to the late actor Farooq Shaikh was the deployment of a cop with a gun atop the ladders used to replace streetlights; anyone using the roof of the hutment to hurl a Molotov cocktail was a target.

As a zonal DCP, Pandey endeared himself to the poor by giving them a patient hearing if they had grievances even after meeting the senior inspector of their respective localities. He heard around 300 of them each day, well into the night, and most of themwenthome feeling that justice had been done. And all this was long before the Salman-starrer 'Dabangg’ was even conceived. Ask anyone from Dharavi and he’ll vouch that the song is from the film, `Thana mein baithe on duty, Pandeyji bajave seeti…’’ is based on Sanjay Pandey, who even rid them of illegal money lenders.

Pandey’s uncompromising attitude to crime and corruption saw him arrest former sheriff Sadruddin Daya inthe shoe scamcase when he was in the Economic Offices Wing of the Mumbai Police. The scene in the Aamir Khan starrer 'Sarfarosh' where a local politician detained by the cops is taught a lesson for throwing his weight around is loosely based on how Daya was treated by Pandey.

There was a price to pay for all this. Pandey was in the wilderness for so long that he lost heart and quit the police force. As a computer engineer from IIT Lucknow, he set up his own e-security business and worked with TCS too for a while. His lack of interpersonal skills and his bull-in-aChina-shop approachthoughdidnot take him far. Since the government had not accepted his resignation, Pandey rejoined the police force after 10 years. After that it was an uphill struggle to get his seniority. There was a time when he dare not step out of his cabin in the state police headquarters lest he bump into a junior who had turned a senior. Even when he was Additional Director General in charge of civil defence, he used to joke that he was about to send his uniform to the home department saying that he did not need it.

Instead of using the staff car to go home to Versova, he preferred to travel by the local train. In fact, as a zonal DCP he used to surrender his staff car whenever he was on leave. On one occasion, the scooter he was using was towed away by the traffic cops. He ran around to get scholarships for a year-long course in a US university. There are many such anecdotes about the man which would have not been worth recounting had it not been for the sudden turn of events which started with the Antilia episode. Here,too, he had to virtually blackmail the government into appointing him, the senior-most IPS officer, as the acting DGP. Hence, it was ironic that the HC called him the `blue-eyed boy’ of the state government. And deposed Mumbai Commissioner Parambir Singh taping a private conversation with Pandey on the sly is the lowest point the IPS has hit in Maharashtra.

Anyway, the government has found use for an upright officer only whenhe is aboutto retire.It remains to be seen if he fits into the role of Ghashiram Kotwal as well.

The writer is an independent journalist based in Mumbai and writes on civil society, law-enforcement, environment and urban development. He tweets @anilsingh703 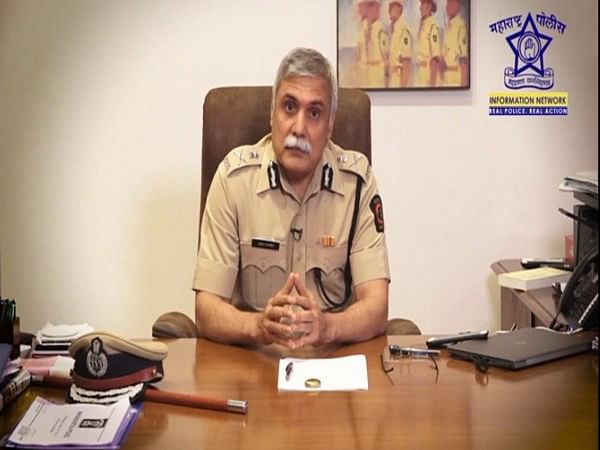