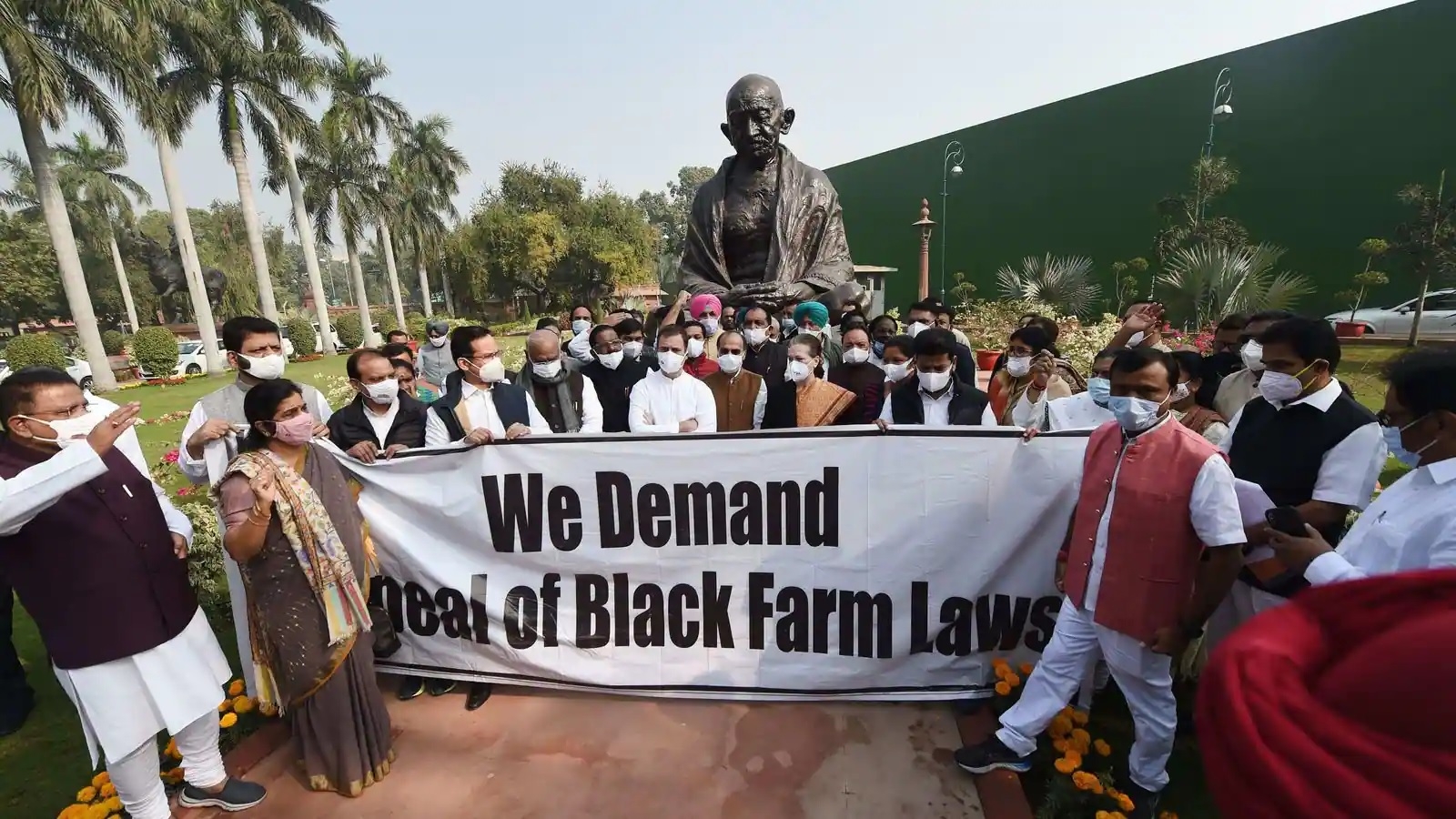 The historic farmers’ movement, apart from reinforcing the vitality of people’s will in democracy, should also teach governments and political parties some lessons in legislative procedures. The Narendra Modi government’s decision to repeal the farm laws without any debate completes the cycle of brazen violation of parliamentary tradition.

While the origin of such important bills through ordinances was undesirable, they were passed without necessary parliamentary scrutiny. What happened in the Rajya Sabha during the passage will remain one of the blots on India’s parliamentary history; the deputy chairman didn’t even allow voting on the bill because there were doubts about majority support to the government. A bad start has ended today with a bad end.

Hope the politicians in power both in Central and state governments will learn lessons from this embarrassing experience. Governments are not expected to violate the sanctity of law-making. It is tragic that important bills are being bulldozed using brute majority, instead of honouring the parliamentary tradition of multi-layered scrutiny and consultation with stakeholders. The result is not only half-baked bills becoming laws, the farmers’ movement has manifested that legislation without consulting the stakeholders can trigger massive national unrest.

The repeal of farm laws cannot be seen in isolation, the immeasurable loss of time and energy of the country during the year-long protests, the ill-will generated in society and the death of over 700 farmers cannot be forgotten. After all this, the laws are thrown into the dustbin, bringing into focus the perils of casual handling of legislative business.

That the laws had serious infirmities was proved when the government itself acknowledged the need for amendments in the course of negotiations with the farmers’ unions. The government initially refused to accept the opposition’s pointed criticism of the laws but capitulated to pressure mounted by agitated farmers.

This national crisis could have been averted by sending the bills to the standing or a select committee of Parliament as demanded by the joint opposition. Parliamentary committees, with representatives of different parties and the scope of wider consultations with the stakeholders and domain experts, are usually in a position to improve the initial draft and bring to the notice of the government the flaws and infirmities in the bill before it becomes the law.

Parliamentary committees also have the advantage of working in secrecy, without the abnormal pressures of partisan biases and public opinion. While around 60 per cent of the bills were sent to department-related standing committees during the Congress-led UPA regime in its first term, the volume increased to 71 per cent in the second term. The intention of the Narendra Modi government became clear in the first term itself as only 25 per cent bills were sent to standing committees.

While the opposition expressed its concern at this tendency of undermining parliamentary institutions, the Modi government ran the bulldozer more ruthlessly in its second term, by refusing to send any important bill to the standing committee. In the first session of Parliament after winning the mandate again in 2019, 16 bills were passed without any of them being examined by the standing committees.

The opposition wrote to Rajya Sabha chairman about the lack of public consultation and parliamentary scrutiny in the law-making processes but no remedies came forth. The result is a huge personal embarrassment for the Prime Minister for the second time; the first being the attempt to dilute the Land Acquisition Act through the same ordinance route. Hope the Prime Minister will now appreciate the need for deeper examination of bills as law-making is indeed a serious business.

The tendency to push important changes – electoral bonds being a case in point – by ingeniously using other parliamentary devices, is another problem that the Modi government has demonstrated. If article 370 had to be removed, as was promised by the BJP in its manifesto, achieving the objective through a consensual process was doubtless a better option than bulldozing the roadblocks using brute force. The Citizenship Amendment Act (CAA) was another law that triggered nationwide protests. Politics of subterfuge is bad, parliamentary work through subterfuge is worse.

India needs to strengthen her democracy by adhering to principles and evolving transparent frameworks of governance, not shortcuts and deceptive tricks to suit political purposes of the ruling elite. India had suffered a huge shock in the form of the Emergency and today’s ruling party, the BJP doesn’t miss any opportunity to remind the nation of that dark chapter of history. The BJP should be wary of allurements to expand its authority and control by subverting institutions and parliamentary norms.