Whether Britain would  gain from Brexit in the long run only time will tell, but finally it is out of the European Union. It now has an 11-month transition period to negotiate a new trade deal with the 27-member EU it scorned in quest of an intangible recovery of sovereignty. Failing an agreement, it will be obliged to trade with its biggest trading partner under the WTO rules. A no-deal Brexit would be hard on the EU, and harder on Britain. Negotiating a trade deal in eleven months will not be easy, given the multiple terms required to be mutually settled for the two-way movement of a vast number of services and goods. The trail of bitterness left behind by a Britain turning its back disdainfully on the Union will make it hard for the EU to be too accommodative in the negotiations. On the other hand, Prime Minister Boris Johnson and his ministers are already talking tough, rejecting any suggestion that they are ready to comply with the existing EU rules and regulations governing the quality of goods and services in the proposed trade agreement. Again, led by the French the EU seeks unrestricted access for its fishermen to fish in the British waters while Britain wants its financial services sector to operate freely in the wider EU market unrestricted by any new conditions. Friction is bound to stem from such a clashing of interests. Johnson, typically glib and off-the-cuff, has suggested that the EU-Britain trade deal be modeled on the recent Canada-EU trade agreement. There is hardly a  parallel there, for Canada is thousands of miles away while Britain is part of the continent Europe. Besides, British trade with the EU is far bigger than the EU-Canada trade. Tens of thousands of British citizens are resident in EU countries and vice versa. Their status of residency at the end of the transition period needs to be negotiated afresh. A direct fallout of the Brexit is that the glue that had held the United Kingdom together seems to have loosened considerably. Scots are pressing for a fresh independence referendum to quit the UK; they had voted overwhelmingly to remain in the EU in the ballot three years ago. Johnson is unwilling to allow a second independence referendum after the last one in 2014 had narrowly voted to remain in the UK. But the issue is increasingly gaining traction with the  newly-elected Scottish MPs itching to press ahead sooner than later. The Brexit thrust by the English voters has also reopened the Irish question, with Northern Ireland feeling the heat from the proposed customs barrier in the Irish Sea. Curbs on the free movement of people and goods between the UK and the Republic of Ireland could unravel the Good Friday Agreement.

Meanwhile, the British are keen to sign a free trade deal with the US and India. With the US in the midst of a fresh presidential election, negotiations for a US-UK trade pact will have to wait till the new incumbent is in place in the White House early next year. India and the UK deal can wait while India and the EU resume negotiations for a comprehensive trade deal after these had ended abruptly in the wake of the global financial crisis. What may come in the way is the increasing protectionism by India in the recent months. Post-Brexit, Britain too would woo India for a trade deal but it cannot be done in a hurry. Trade deals mature into fruition after years of painstaking negotiations. These cannot be accomplished at gun-point overnight. Ruling Brexiteers will soon realize how mistaken they were in believing that leaving the world’s biggest trading block for striking out on its own independent path is strewn with many known and unknown hurdles. Britain as a member of the EU carried far more weight in world forums than it would now as a stand-alone trading nation. It virtually directed the EU foreign and defence policy. Even its membership of the Security Council may be questioned given how little weight it now commands economically and militarily. Another European member,  France, as a leading  member of the EU along with Germany, can still justify its place on the high table in the UN’s top decision-making body along with the US, Russia and China. Nostalgia-driven Brexiteers seem to have diminished the global status of the (dis)United Kingdom. Johnson and Co., fierce protagonists of Brexit, are in for several rude shocks in the coming months and years as the reality of life outside the EU spotlights the vastly weakened British hand. 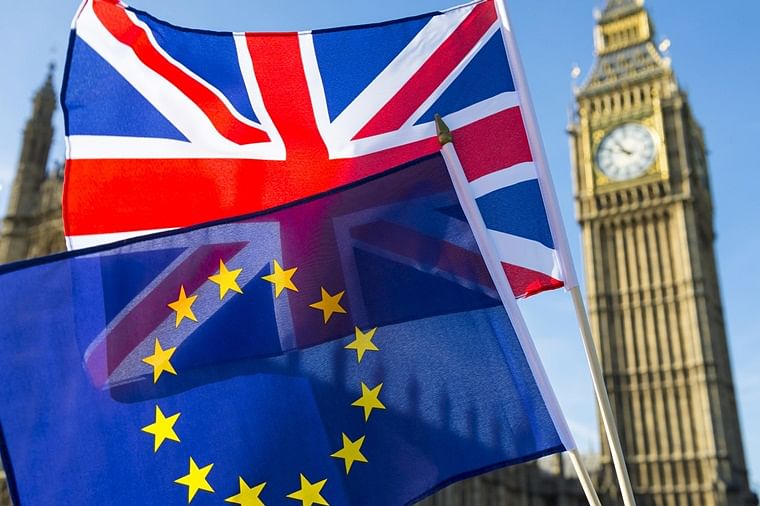