Fire in ‘Netaji’ facts can burn the Congress 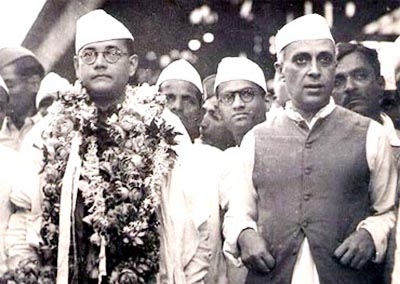 The alleged death of our iconic hero, Subhas Chandra Bose, more familiarly known as “Netaji”, in an air crash in 1945 remains, to adapt his contemporary Winston Churchill’s phrase, a classic “enigma wrapped in a mystery”. The official narrative, accepted all too easily by the first Indian government headed by Jawaharlal Nehru, claiming instant death, was challenged almost immediately. For seven decades now, doubt has disturbed the conscience of India.

Last week, West Bengal’s Chief Minister Mamata Banerjee took an important step towards resolving this enigma by releasing 64 files in the possession of the state government. It is too early to comment on content, as I have not had access to it. But there is good reason to discuss the mystery: why did Congress and its allies use their continued grip on power to curtain the truth about Netaji? Why did Congress order sustained surveillance over Netaji’s family for decades? What was Congress afraid of?

Congress has never answered such questions, so speculation is inevitable. People believe that Nehru collaborated with foreign powers to keep an alive Netaji out of the country. There could have been many reasons for this. In popular discourse, the reason is not complicated: Netaji was the only leader who could have displaced Nehru and Congress from power in a general election, perhaps as early as in 1957, and probably certainly by 1962. This raises an interesting thought. The 1962 general elections took place before the war with China. Would China have provoked a war with India if Netaji had been Prime Minister? But that is another story.

If Netaji was deliberately kept out of India, then where was he? He could not have been hidden; he could only have been imprisoned. Where?

We might have clearer indication from the Bengal files, but, according to some members of the Bose family, one extremely sensitive file — or, more plainly, papers that contained truth unpalatable to Congress — was destroyed in 1972 when Siddhartha Shankar Ray was Congress Chief Minister of Bengal and Mrs Indira Gandhi was Congress Prime Minister of India. If correct, then this destruction of evidence was done at the specific command of Mrs Gandhi, for Ray was famous for craven obedience.

There is, however, another clue, which, surprisingly, has not been pursued with any seriousness. The Left Front, dominated by the two important Communist parties of the country, CPI(M) and CPI, ruled Bengal for three and a half decades before Mamata Banerjee. Two Marxist Chief Ministers, Jyoti Basu and Buddhadeb Bhattacharya, had supreme power. Why did they hide the Bose files? Congress CMs would obviously have to protect their partisan interest. But the Marxists were vehemently opposed to Congress. What prevented them from revealing the Bose files?

One constituent of the Left Front was the Forward Bloc, a party started by Bose. Its flag bears the famous Bose logo, of a leaping tiger. The Forward Bloc has consistently rejected the position that Netaji died in 1945, and acted as a pressure group both within the administration in Bengal and from its limited space in Parliament for declassification of all secret Bose files, whether in Calcutta or Delhi. The Congress response was to project the Forward Bloc as a bunch of weird romanticists at best, or marginal and irrelevant at worst. But why did the Communists collaborate with Congress over Bose?

Who were the Marxists protecting? Were they protecting the Soviet Union’s role in this disturbing episode from our history? We know that Nehru’s IB shared information on Netaji with British intelligence agencies. Does this mean Bose was kept in British custody after 1945? No: Britain is a democracy, and British law would have compelled the British government to prosecute. It only suggests that Nehru probably kept the British informed.

Netaji could not have been in Japan, which fell to America, either; or China, where Chairman Mao Zedong would certainly not have played any pro-British games after he seized power in 1948. So where was Netaji, if he was alive? No answer yet, maybe; but enough questions. Was Netaji imprisoned in Stalin’s Russia? Officially, CPI(M) remains a Stalinist party.

In the current television debates on the Bose files, Marxists have been noticeable by their absence despite the fact that passions in Bengal are far higher than anywhere else in the country, and Bengal is where Communists must revive if they are to survive at all.

Silence, of course, is far better strategy in such a dilemma than the bluster which Congress has adopted. One Congress spokesperson, in an amazing tongue-twister, actually argued that these long years of intense Intelligence Bureau watch over of Netaji’s family, and seven decades of double-talk over files, amounted to mere “surveillance” instead of “snooping”. But the time of such silly semantics is getting over. There is enough fire left in these facts, and someone will get burnt.

(By special arrangement with The Sunday Guardian)