India’s forex reserves are slipping badly. FDI outflows are larger than inflows for several months now. It has to meet debt obligations. Coupled with the highest ever external trade deficit in recent memory, and a weakening rupee, India faces a financial crisis

On July 6 this year, a news item in a leading daily talked about 80 Chinese FDI proposals being cleared by the Indian government. At around the same time, the foreign ministers of both countries met to see how to de-escalate tensions on the India-China front.

A couple of months ago, India and China found common cause in telling the USA that they would not be able to respect the sanctions on Russian oil. When the US spokespersons called the build-up of infrastructure on the Chinese front, he was snubbed and told not to try fanning fires. So are India and China likely to strengthen trade relations? It certainly looks like it. It was long overdue. In any case, even without government encouragement, China has become India’s largest trading partner for a long time even though the balance of trade remains in China’s favour. But even that is being addressed for the past two years.

Is it possible that India and China may become the largest trading partners, larger even than the US Canada trade? In 2019 total trade between the two countries was estimated at $718.4 billion in 2019.

For the past year, the government has begun to realise that India is slipping rapidly. GDP growth rates are nowhere near the levels that a vibrant economy should be sporting. In many ways this is good. It could be a blessing. India changes only when there is a crisis. The 1990 reforms were born out of a financial crisis. A similar situation could be developing now.

India’s forex reserves are slipping badly. FDI outflows are larger than inflows for several months now. It has to meet debt obligations. Coupled with the highest ever external trade deficit in recent memory, and a weakening rupee, India faces a financial crisis. It needs foreign exchange urgently. 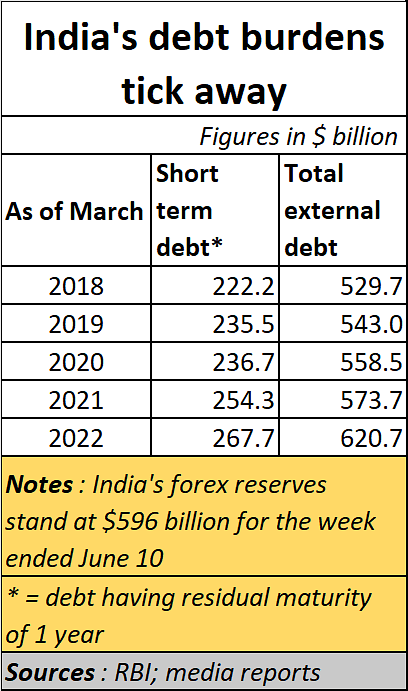 That could explain several of the recent moves by the RBI and the finance ministry. The RBI has liberalised rules for businesses to bring in foreign exchange by way of borrowings. Foreign funds inflows for NGOs have been made easier. The rush to sign FTAs to boost India’s exports has begun, with the first two FTAs being signed with Australia and the UAE. UK may get delayed because of the resignation of the prime minister, and both the EU and the US have put up terms that India is reluctant to accept.

But India needs the forex urgently. FDI is the most dependable. Hence, it has turned to China exactly as these columns predicted.

India had failed to read the smoke signals.

India’s economy took the first hit on the farm front. The government banned the slaughter of cattle, but without compensating the farmers for their inability to sell their old cattle (they normally got Rs.20,000 per old cattle head). That in turn crimped their ability to purchase new cattle. It also burdened them with the cost of tending the old cattle. That reduced farm incomes substantially.

Add to that the government’s refusal to compensate trade losses when meat wagons were intercepted under the (wrong) suspicion of the consignment being cow’s meat. Seldom were the assaulters sent to prison either. That in turn impacted the leather and beef export trade as well.

Farm prosperity is crucial for India because over 50% of India’s population depends on rural income. With incomes collapsing, demand for goods and services also got hurt.

The second blow was the demonetisation drive announced on 8 November 2016. It was touted as the government’s solution to counterfeit currency and was supposed to reduce cash transaction. Today, the volume of cash in circulation has increased. So has counterfeit currency. The largest casualty was the MSME sector which generates much of India’s employment. Another blow forpurchasing power. 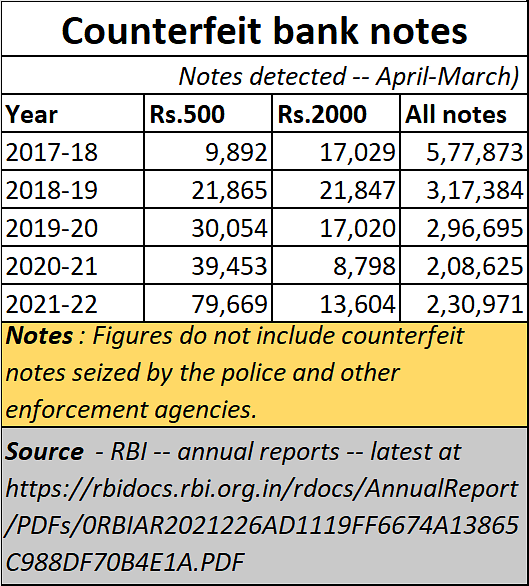 Third, India made conditions difficult for wealth generators. As a result, many high networth individuals (HNIs) chose to leave India. A 2018 Ruchir Sharma-Morgan Stanley report found that 23,000 Indian millionaires had left the country since 2014.

More recently, a Global Wealth Migration Review report revealed that nearly 5,000 millionaires, or 2% of the total number of high net-worth individuals in India left the country in 2020 alone.

Since 2014, as many as 35,000 high networth individuals (HNIs) have left India, claimed Amit Mitra, former finance minister of West Bengal in a tweet.

Add to this the way India allowed its middle class to get decimated, and its poor increase by 75 million during the Covid pandemic, India has been left terribly vulnerable.

One of the reasons was the increasing use of government machinery – selectively applied -- to root out income tax and currency violations. Business was unhappy as evident from the reactions to the unfortunate death of the Coffee Day owner in July 2019. When businessmen begin to fear persecution, there is a flight of capital.

This was worsened by two other developments. First, the government’s penchant for spending on welfare schemes without first tending to income and wealth generation. Look at the way GDP growth rates are dwarfed by the government’s own increase in tax revenues. So, while GDP grew 8%, government incomes grew 34%. When governments earn faster than its people, there is an expansion of poverty and a reduction of productivity. This is what happened. Savings rates also fell. As a result of all this, economic productivity fell. Balance of trade was at its worst in recent memory. India’s reserves began diminishing. Collectively, they could see India’s reserves falling to less than half its current levels.

That is one important reason why India needs FDI. China could hence be a major beneficiary.

It is also the time when the government should immediately introduce some key reforms.

- compensation for farmers who cannot sell their cattle and for traders whose meat consignments are damaged.

- allow for arbitration in international centres like Singapore and the Netherlands. Unless there is confidence in remedial action, investments will be slow in coming.

- reduce the role of enforcement and other agencies in pursuing businessmen. Money stays where it can be secure. That may allow some of the HNIs to think of returning to India.

- reduce the level of compliances and make it easier for anyone to do business in India. At present the discomfort levels are higher than the government would like us to believe.

- focus on employment generation. Rooftop solar is a good way to begin. Working out a deal with Russia is another. Avoid the Agnipath way, which has yet to be discussed in Parliament.

- But most of all, focus on education and healthcare. Improve primary education. Allow more medical and nursing seats in healthcare institutions. That will prevent over Rs.36,000 crore of forex outflow annually (Do read our research report).

Without an educated workforce, all the above remedies will be of temporary relief. If India has to be atmanirbhar, it must be through education and healthcare first. Then come the rest of the measures suggested above.

New opportunities are opening up in a rapidly changing geo-political order. India could be a major beneficiary if its domestic investment and forex related policies are made friendlier – and that includes speedier adjudication whether in India or overseas, and freedom from the fear of a police raj which has suddenly raised its head once again.