Companies like Facebook, Google, Amazon, Apple and Microsoft have a huge user base in India. They are all each nearly a trillion dollar in value. But not even an iota of that value translates into prosperity for Indian investors, since they are not listed on the stock exchanges here.
Ajit Ranade 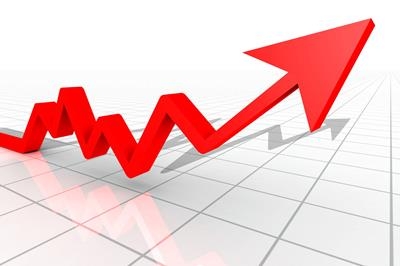 The former Chief Economic Advisor Arvind Subramanian has said that the current economic slowdown in India looks more like 1991, which was a year of severe crisis. He calls it India’s “Great Slowdown” where the economy is headed for the intensive care unit. The Governor of the Reserve Bank of India had expressed great surprise at the sharp slowdown in growth to 5 per cent in the first quarter of this fiscal year. Thereafter the next quarter growth slipped down further to 4.5 per cent. The IMF too expressed surprise and did not anticipate such a fall. Such a low growth rate, even though much above that of rich developed countries, is not adequate to address the challenges of high unemployment, persisting poverty and hunger. Hence getting back to higher growth next year will need a huge budget stimulus, which is growth inducing, and not wasteful.

The pursuit of fiscal policy is meant to be countercyclical. Meaning that the fiscal deficit is expected to rise in a recessionary year, and fall in a booming year. If we don’t expand fiscal spending now, it defeats the very purpose of using fiscal policy as an effective tool to countering a slowdown. Of course, this expansion has to respect the constraint of sustainability. When the deficit expands, the country goes further into debt, and the interest burden increases. If it gets into a situation that the government is simply borrowing money to pay off interest on accumulated debt, then it means that the debt has become unsustainable. The country is headed into a debt trap. That is why expansionary fiscal policy has to be responsible enough to not let the debt rise to unsustainable levels. India’s national debt to GDP ratio is currently close to 80 per cent, and is much above the eventual target of 60 per cent as recommended by the expert committee and as enshrined in a Fiscal Responsibility law. But even that law recognises that in an unusual year when the growth rate deviates by nearly 3 per cent below its potential, then a deviation from “fiscal responsibility” is allowed.

What would be the contours of an effective budget stimulus? Here are a few points to consider. Firstly, the deficit has two parts, namely revenue and expenditure. On the revenue side it is important to protect and preserve certain taxes. In particular the long-term capital gains tax on stock market should be left untouched. The fact that the stock market is at an all time high shows that capital gains tax has not dented the enthusiasm of investors. It was a tax which was removed in 1997, and took nearly twenty years to restore. It should be kept modest, but not removed.

Indeed, all asset classes such as housing, gold, real estate should attract the same rate of capital gains taxation, and same treatment. Another source of revenue is digital tax on tech companies. Companies like Facebook, Google, Amazon, Apple and Microsoft have a huge user base in India. They are all each nearly a trillion dollar in value. But not even an iota of that value translates into prosperity for Indian investors, since they are not listed on the stock exchanges here. Following the footsteps of France and other European countries, India can examine whether a small 3 per cent digital tax can be imposed on these companies, based on transaction revenues.

Secondly, what is needed is a stimulus which has a quick bang for the buck, and can stimulate rural spending. Since large parts of rural India does not pay income tax, it makes no sense to reduce income tax rates. India’s direct tax to GDP ratio is among the lowest in the world, and reducing individual income tax rates makes it worse. As it is, India’s income tax exempts nearly 400 per cent of per capita income for every tax payer. No wonder only 3 to 4 per cent of the population actually pays income tax. The best fiscal stimulus for consumption spending could be a sharp reduction in indirect taxes, i.e. GST. If the standard rate of GST could be brought down to 12 per cent as per the original Kelkar committee recommendations, it would provide a huge boost. Unfortunately, this needs a consensus in the GST council and cannot be unilaterally decided by the Union Finance Minister. But the FM could also examine ways to put money directly into the pockets of lower income households using direct benefit transfer. This is in spirit of Universal Basic Income or the PM Kissan launched last year. If not cash via DBT then there could be in kind transfer of public or private goods. It is said that every rupee that goes to a poor person gets spent, whereas a rupee transferred to a rich person is likely to be saved. So, a consumption stimulus needs to be focused on the lower segment.

A third important source of stimulus is to ease the interest and capital cost burden on small and medium enterprises. Since the gap between their growth rate of revenue, and the interest rate is so high they can benefit by an interest subvention of say 2 or 3 per cent across the board. If their loans have not become NPAs, then they will all get an interest rate relief for a period of say two years unto a maximum value of a loan of say 5 crores. Since this will be across all sectors it could be impactful.

A fourth suggestion, is in respect of milk. Two third of all livestock income is related to dairy. It would be great if the government launches a “one glass of milk for every child every morning” scheme, which will address nutrition as well as income for dairy farmers. Milk is a daily product providing liquidity and does not lock up working capital.

Other specific suggestions are: (a) aggressive sale of demat sovereign gold bonds. This saves precious foreign exchange drain and increases financial savings. (b) reduction in the various surcharges and cesses. (c) using privatisation proceeds to infuse more capital into banks. Wishing all readers a New Year filled with a happy growth inducing stimulus! Will doses of stimulus rekindle the economy?