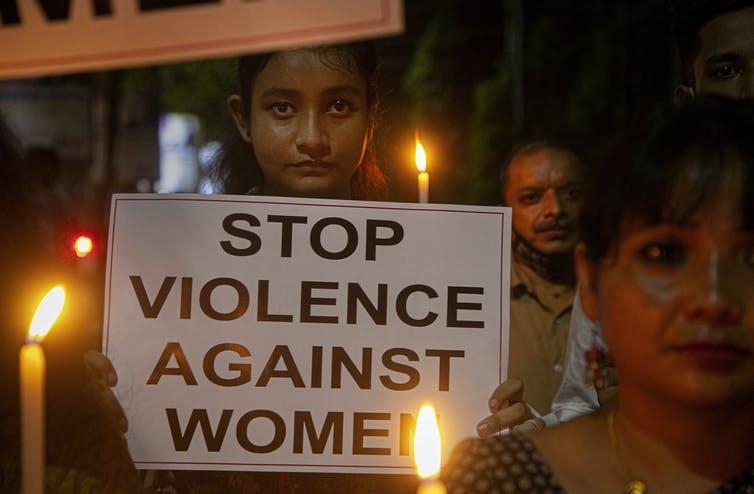 Nobel Laureate Dr Denis Mukwege writes about a chilling encounter in his book, The Power Of Women: A Doctor’s Journey Of Hope And Healing—a young man insists on meeting him privately and the doctor is sickened to learn that he is a former soldier in one of those ragtag ‘armies’ that ran roughshod over war-torn Congo, and a brutal serial rapist. After hearing his appalling story, in which he admitted to mutilating his own mother to prove his allegiance to the leader of his band, the doctor asks him why he was so violent towards women. The man replies, “You know, you don’t ask yourself any questions when you slit a goat’s neck or a chicken’s. A woman is like that. We did what we wanted to them.”

The doctor, a gynaecologist, who runs a hospital for women and children and specialises in treating rape injuries, has seen the worst of the cruelty men can wreak on women, damaging their minds and bodies; still he is shocked by the ‘casual, matter-of-fact’ manner of the man’s attitude towards rape. He writes, “He never worries about the pain he inflicted because it sated his own sexual and violent desires, like cooked chicken or goat satisfied his hunger. That he would speak about women in the same breath as animals made clear how little importance he attached to their lives. It showed a horrifying lack of respect.”

Dr Mukwege lived through the violence between Rwandan Hutu and Tutsi ethnic groups and the First and Second Congo Wars from1996 to1998. Congo came to be known as the rape capital of the world, but, he points out, in any conflict zone, women are the ones who bear the brunt of the violence, seen as the spoils of war. While the war wounded are compensated by the establishment that hired them, nobody even gives the ordeal of women a thought. He mentions the Korean ‘comfort women’ who were captured by the Japanese army and forced into sexual slavery during World War II; the struggle to bring to the world’s notice the sexual violence against women during the Holocaust, which the Nuremberg Trials completely ignored; the violence against women during Hurricane Katrina in the US, in the former Yugoslavia, in Nigeria (by the notorious Boko Haram) and the continuing suffering of the Yazidia nd Rohingya women. If at all genocide is denounced by the international community, and men put up for trial for war crimes, the sexual assaults against women are rarely, if ever, taken into account—as if human rights do not even include women’s rights. It took years of struggle by human rights activists to have rape included as a war crime.

Conditions in war zones offer a free-for-all to men, but in peace times too, the rates of reporting rapes are low and convictions even lower; with all the progress made by women over the years, even today, there is shame attached to a woman who has been raped. She feels victimised and isolated, as attempts are made to blame her for the assault. In traditional societies—India is not very different from Congo in this regard—families often refuse to accept the woman back, because what happened to her ‘dishonoured’ them. “Forcing women to think first about their ‘honour’, not their right to a life free of violence, is the most pervasive and powerful tool used to keep women quiet across the world when they are victims of sexual abuse,” writes Dr Mukwege.

More than physical healing (some undergo multiple surgeries to repair their ravaged bodies), women need counselling and support, they need vocational guidance and rehabilitation. They need someone to listen and empathise. Dr Mukwege’s Panzi Hospital takes a holistic approach to the treatment of survivors, an endeavour that needs to be emulated worldwide. As he faces attacks and death threats in his own country—where he chose to return, to giving up a lucrative medical career in the West—he is often asked why a man should be so concerned about women’s issues. A politician actually told him, “I feel like since you are working on sexual violence, you’ve started thinking like a woman,” and it was not intended as compliment. He is also asked why a man should be speaking for Congolese women, why can’t they speak for themselves?

He writes, “For my own part, whenever I have found myself questioned, as dinner parties or at UN offices, I return to my core convictions. I defend women because they are my equals—because women’s rights are human rights, and I am outraged by the violence inflicted on my fellow humans. We must fight for women collectively.” He works tirelessly in his hospital but also travels abroad to speak about his work and the pernicious rape culture that exists everywhere, and why it is important to be ever vigilant and constantly keep up the demand for legal, social, political means to eradicate crimes against women. And that is not going to happen in the near future, but the issue should never be ignored.

He rightly says that the problem begins at the family level where sons are preferred to daughters and made to believe that boys are superior to girls—the devaluing of females starts right there. In rural areas, of Congo and elsewhere, women are treated as second-class citizens. They also toil on farms, and look after the home and family—all of this unpaid labour is looked down upon by men as women’s work. Dr Mukwege credits his egalitarian upbringing to his mother, who insisted that her sons chip in with household chores along with the daughters. His schoolmates sniggered at him and his sisters’ friends found it strange too, because at their homes their brothers never lifted a finger. Girls are taught by mothers to guard against rape, but how many fathers teach their sons about consent? If a woman is perceived as inferior, she can be abused and discarded with impunity. “When sexual violence occurs without consequences for the perpetrator, it becomes tolerated. And once a problem is tolerated, it ends up forming part of the culture.” He believes that the most important step in combating sexual violence is speaking out about it. “We cannot fight this without publicly acknowledging of the sheer pervasiveness of the problem...women cannot solve the problem of sexual violence on their own, men must be part of the solution.”

The doctor narrates an incident at his hospital when a general came to talk to the survivors. He listened to the gruesome narrations without a change of expression, but when a 12-year-old girl spoke of the torture she had suffered, the man first wept, and then fainted! If a grown man could not bear to hear it, the child’s trauma must have been unimaginable.

When the social structure is so skewed against women, why is the book called The Power Of Women? Because for everywoman who crumbles against the burdens of atrocity and injustice, there are many who stand up, learn to live again and to help others. There are the women who offer to stand guard outside Dr Mukwege’s hospital and protect him if enemies were to attack. There are the doctor’s wife Madeleine and daughters, who give up lives of safety and comfort to go back with him to Congo, where the poor women need a doctor and a friend. There is Nadia Murad, the Yazidi activist and co-recipient of the Nobel Peace Prize with Dr Mukwege. And there is the fearless child who felled a general with her words. India needs to produce more proactive shows about women and not just poor copies of Sex And The...