Chief ministers come cheap? The choice of Bhupendra Patel is a warning signal for the BJP, says Ashutosh

It's not the appointment but the removal of the incumbent CM Vijay Rupani that conveys the impression that the Gujarat model was hollow and if the BJP has to win again in Gujarat, then this model needs to be marketed afresh. But that Bhupendra Patel could be the launch pad for such an exercise, is grossly doubtful. In the last six months, the BJP has changed four CMs
Ashutosh 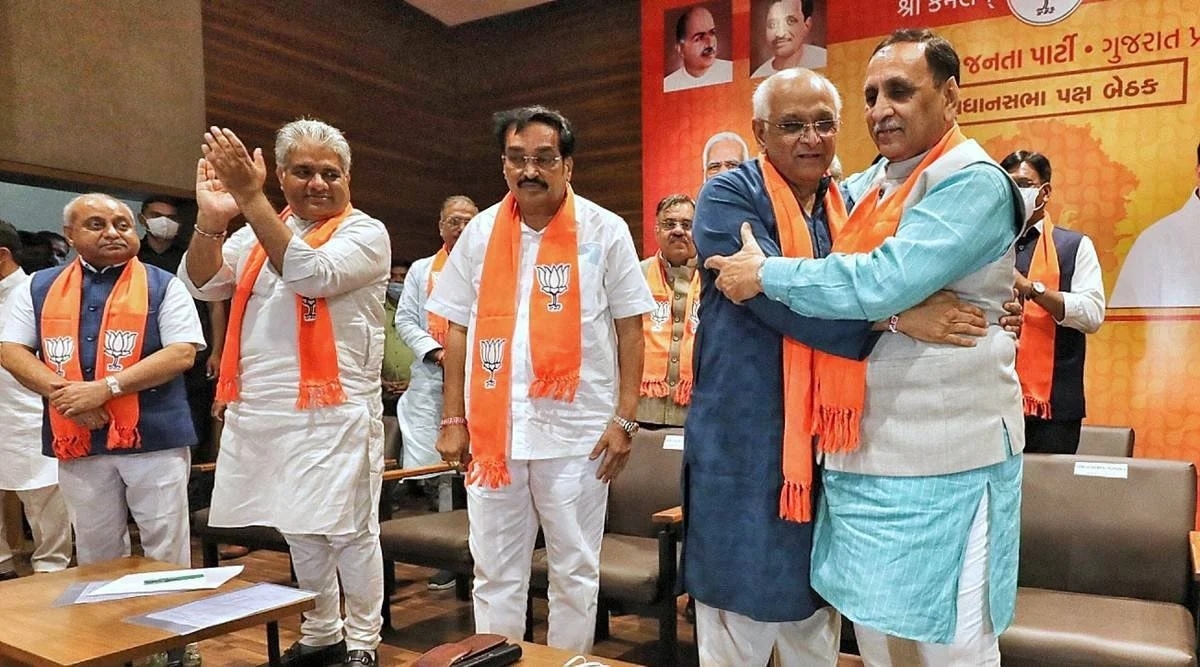 Prime Minister Modi is turning into an enigma with every passing day that not many can decipher, a mystery that is difficult to understand. I can say with certainty that big and legendary leaders are unpredictable; and it is the unpredictability which gives them the cutting edge over others. They don’t behave in a traditional manner. The out-of-the-box thinking is the defining trait that makes a leader enigmatic. Modi is such a leader. No one can predict what his next move will be. He loves to surprise his peers, as well as his followers. The choice of the new chief minister for Gujarat is one such act. No one could imagine that a non-entity, without any disrespect to Bhupendra Patel, could be anointed as the chief minister of the state.

Gujarat is undoubtedly too important a state for the BJP, and assembly elections are just 15 months away. The BJP has been in government in Gujarat for the last 25 years, of which Modi ruled for 13 years. Before becoming the Prime Minister, he popularised the so-called Gujarat model. Gujarat was projected as the best governed state. And Modi, in a very carefully crafted campaign, was hailed as the next big leader for the country, a messiah for whom the country was waiting.

The Gujarat model along with Hindutva created the Modi phenomenon, helped him become the top leader of the BJP and the Prime Minister. It is not the appointment but the removal of the incumbent Chief Minister Vijay Rupani that conveys the impression that the Gujarat model was hollow and if the BJP has to win another term in Gujarat, then that model needs a new marketing idea to be enforced. But that Bhupendra Patel could be the launch pad for such an exercise, is grossly doubtful.

In the last six months, the BJP has changed four chief ministers. Except in Karnataka, all the choices for the top job have been bordering on insanity. In Karnataka, Basavaraj Bommai was an established leader and had considerable following in his own Lingayat community. In the Yediyurappa cabinet, he was practically the second in command.

But in Uttarakhand when, out of the blue, Trivendra Singh Rawat was replaced by Tirath Singh Rawat, the whole world, including local BJP leaders were shocked. Tirath Singh had been nowhere in the reckoning for the post. He was a very low-profile MP. He was given the command to ignore the claims of senior and more powerful leaders in the state.

Although he had earlier held the post of the party president, there had been nothing spectacular about him or his political career till then. Very politely one could say that he was a non-entity and non-claimant for the top job. There were no explanations as to why he was elected. Within a few days it appeared that he was not cut out for the big responsibility. He earned more brickbats for his statements than his idea of governance and finally he had to be removed.

If Tirath Singh Rawat’s appointment was a shock, then his successor’s name was a bigger shock. Pushkar Singh Dhami was an MLA who was not considered by the BJP to be competent enough to be in either Trivendra Singh or Tirath Singh’s cabinet. There is no doubt that he is much younger than his predecessors but if he was not qualified enough to be in the council of ministers, then on what basis was he given the charge of the state is anybody’s guess.

Today, the same question can be asked about Bhupendra Patel. If he was so brilliant as to be made the CM, then why was his talent not used by the party in the past? If he was so qualified, then why was he not given the big portfolio in the earlier cabinet? It’s not that he is very young, after all he is 59 years of age. The only qualification which could be detailed by the press after his name was announced was that he was very close to Anandiben Patel, the former CM of Gujarat and currently the governor of UP.

Not that Modi had not surprised the public at large earlier. In Haryana, when Manohar Lal Khattar was chosen to lead the BJP government, everyone was puzzled. He was a first-time MLA without any ministerial or administrative experience. At that time, everyone had asked, “Khattar who?” He was an RSS activist, but the only qualification that could be attributed then was that when Modi had been in charge of the Haryana BJP, he would stay in Khattar’s house.

Even Jai Ram Thakur in Himachal Pradesh and Trivendra Singh Rawat were surprise choices as CMs, in the face of the claims of other, much powerful leaders of the state. Biplab Das was also a surprise package for many in Tripura. In 2019, when Modi won a second term with a bigger margin than the last time, Om Birla was made the speaker of the Lok Sabha. Till then, he was just an MP from Rajasthan, a lightweight politician.

Nirmala Sitharaman, was made the defence minister of the country out of the blue. At a time when stalwarts like Ravi Shankar Prasad are cooling their heels in the wilderness, she is the finance minister of the country despite the economy being in the pits. Even after the Bihar elections, a big leader like Sushil Modi was removed and two lightweight leaders were made deputy chief ministers in Nitish Kumar’s cabinet.

It is a well-known fact that Modi supporters have spun a narrative in the media that Modi is a different kind of leader, one who likes to take bold decisions and he is currently building new leadership within the BJP to take the party forward. It is also being said that he is making a generational shift in the BJP, and he is not averse to experimenting with new faces.

Further, it is also being said that now since he is the supreme leader of the party, he wants to erase the imprints of Atal-Advani, and instead, wants to build Modi’s BJP. There is no doubt that every leader has the right to choose his or her own team, he or she has a right to hunt for new and exciting talents who can be the building blocks of the future.

Even in big corporate houses, when a new CEO is appointed, he is given the freedom to reshuffle his team and integrate more exciting talent into the structure. Hunt for new talent is an ever-ongoing exercise. But what is being witnessed now in the BJP is bordering on the bizarre. Three conclusions can be drawn.

One, there is no democracy in the party. During Atal-Advani’s time, any change was discussed and debated in the top echelons of power. The concept of collective leadership worked then, and differing views had space. Adversarial voices were allowed to be heard. The removal and appointment of the chief ministers was first discussed in the highest decision-making body, the parliamentary board, and then the announcement was made. To the best of my knowledge, this process was not followed in any of the recent cases. Today, when it comes to the BJP, nobody has any clue who will be the next chief minister. I don’t know if Amit Shah was consulted, or other senior leaders’ opinions were sought. There seems to be a collapse of the institutional framework.

Second, a very serious perception is building that leaders with substance or those who have their independent social base are deliberately being sidelined and rootless wonders are being promoted. In today’s ambience, yes-men or women are needed and people with independent thinking are not welcome. But what is more galling is the perception that centralisation of power is so deep that now even state governments are being run by the Centre and chief ministers are mere puppets with no power of any kind.

Third, the BJP is definitely imitating Indira Gandhi’s style of leadership. There is only one leader, and the rest don’t matter. That leader is the only authority and others must blindly follow. What is different now is that during Indira’s time if there was one Dev Kant Barua, today every leader wants to be Barua because nobody knows when he or she could be chosen for the mighty role.

But this system has a serious problem. Such a system works as long as the charismatic leader is the soul of the organisation but the departure of such a leader is inevitably followed by the demise of the ‘seemingly’ robust apparatus. Therefore, the choice of Bhupendra Patel is a warning signal for the ruling party.

The writer is an author and Editor, satyaHindi.com