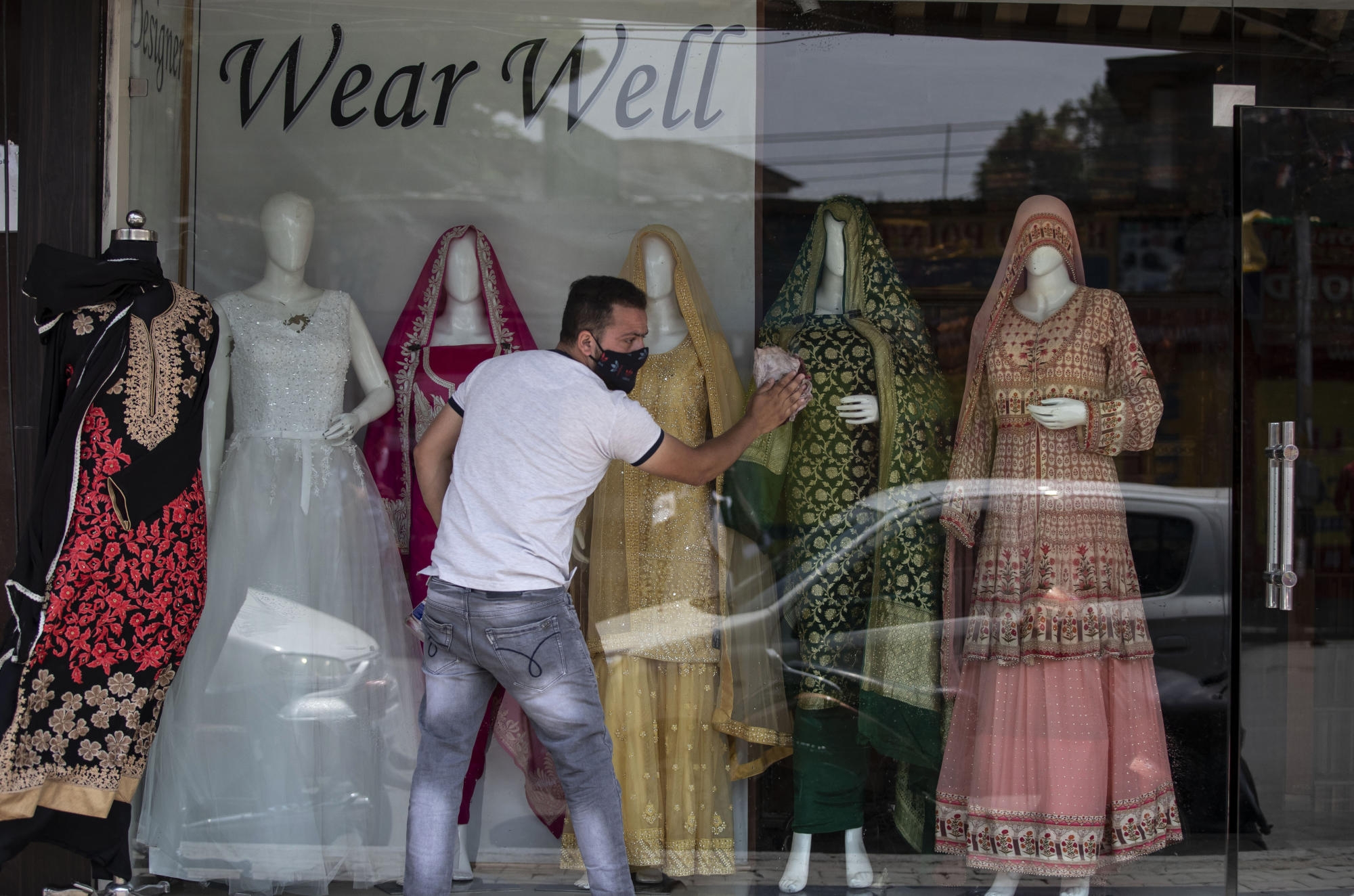 The Omicron scare has gripped the globe and to some extent India. The pandemic is turning into an endemic. Its first year impacted globalisation as country after country pursued lockdowns. Companies and organisations wrestled with crashing demand by trimming costs in all possible ways. The second year - 2021- offered fractured supply chains across the globe exactly when demand started picking up. However, a welcome development has been that the pandemic has increased appreciation for insurance.

India's economic activity has marginally surpassed pre-pandemic levels except in a few sectors like travel and hospitality The Indian economy, being vast, diverse, heterogeneous and fragmented, should be seen as an amalgam of many Indias. A number of transformative changes had taken place domestically and abroad even before the pandemic. These widened during the long pandemic period. The importance of healthcare dawned on all - a welcome major development. Other changes relate to India having completed over 30 years of wide-ranging economic reforms. India has also been fast integrating with the global economy, thereby prone to getting instantaneously affected by the vicissitudes of the global economy.

The new normal is the VUCA (volatility uncertainty, complexity and ambiguity) ecosystem. which is related to a variety of parameters like technology innovations, climate change and pandemic issues. Novel ways of living and doing work to boost productivity are emerging. Policy formulations and legal changes are being made keeping pace with the fast-evolving VUCA environment. Digitisation initiatives are speeding up the varied processes of change. Recent MPCs minutes show that uncertainties will complicate economic policy in the future. Global power equations are also changing with countries either integrating or disintegrating with each other. Frictions between the US & China and India & China. amongst others, are bringing mind-boggling changes. At times, globalisation has been coming under threat. Change has become a new constant. Government officials have been asked not to succumb to risk-averse behaviour as it is realised that unless government departments transform their culture and take timely decisions. even big-ticket reforms will not take off. Value addition is being emphasised. Layers of officials through which files used to pass are being pruned. The government has realised the significance of the role of the private sector. Focus is on bridging the trust deficit, which is obvious from recent policies like monetisation of govermnent assets, disinvestment and privatisation initiatives (implementation of Air India sale), wide-ranging green initiatives (mega push to the renewable energy space, where in¬vestments are likely to cross USD 15 bn in N199,) and the Model Tenancy Act that catalyses the growth of India's residential rental market, among many others.

Coming to Monetary Policy it is at an inflection point when easy money policy is supposed to give way to a dear money policy. Though the RBI is concerned about both growth and inflation, currently growth is the priority Perception is that the inflation rate is not likely to get out of control. Mostly it will stay around the up¬per level of the band. i.e. 6 per cent or 6.5 per cent. As there seems so much global uncertainty and risks abroad, the RBI has adopted a wait and watch approach. It has kept its own tools ready to handle emerging risks. Financial markets are dichotomous. While fintechs have gained traction, stock markets boomed until recently but are not representative of the entire real economy unlike the US.

Corporates are showing responsiveness to government policies. They have started re¬structuring, also taking green initiatives. Corporates are also spoilt for choice. Banks, NBFCs, markets and even private equity, are all willing to lend. As the economy grows, such avenues are going to multiply The year 2021 saw greater collaboration among pharma, government and academia This was a landmark year for the Indian pharma sector. Prospects may be turning around for India's specialty chemicals. Data firms are ramping up capacity in India. In 2022, the decision-making skills of business leaders will be tried like never before. Indian companies would face periodic challenges like demand slowdown and supply-side disruptions. India Inc, however, has managed to tackle the double whammy well. Though the government has been doing a lot for MSMEs, these have been passing through difficult times for lack of staying pow¬er. unlike large corporates.

The VUCA environment has made cryptocurrencies become popular. However. its wild swings are keeping investors cautious. Cryptos have hit the V trillion market cap in 2021. Regulations are being considered but not much headway has been made. The RBI is coming out with its own digital currency. Blockchain technology, which is behind cryptos, will grow despite cryptocurrencies corning under the radar. The RBI harbours serious concerns about cryptos' impact on economic and financial stability.

Positives facing the economy are many: such as pro-active and pro-growth policies being implemented, like starting the E-Sharam portal for the first time registering informal workers; the Rs 76,000 crore package aimed at supporting highly capital intensive and resource-intensive projects for semiconductor and display fats accompanied by a design-linked incentive scheme; likelihood of instituting a single identification number for businesses and individuals in place of the existing system requiring several identification numbers (Aadhaar, PAN and TAN) to make services availability quick; start-ups ecosystem, along with the rise of unicorns (maybe the next engine of growth) and series of well-structured FrAs that will be announced soon - the UAE trade deal on the verge of finalisation, which is expected to boost trade with countries in the Gulf and Africa. Positive factors for stock markets are a pick-up in recovery, success of the China+ 1 strategy of global investors and the continuous reform agenda pursued by the Centre and some states. Concerns include rising inflationary pressures, especially of input costs and WPI at 14_23 per cent - the highest in 12 years - and retail inflation at 4.91 per cent, of which, fuel and light inflation stand at 13.4 per cent while white goods are seeing the third tranche of price in¬crease mainly due to commodities' price rise. However, the achievement of deeper financial inclusion by RBI (already crossed the halfway mark of full financial inclusion) will give RBI more headroom to focus on reducing inflation volatility Accentuating income inequalities are another matter of worry The rich have been splurging on imported consumer durables rather than on domestically produced ones. This has weakened the trickle-down effect. While big companies have grown through the pandemic, small informal firms have been struggling. Rising inequalities further got ex¬acerbated with global commodity prices rising sharply Smaller firms faced more significant margin pressure than larger firms, which were able to pates on input cost pressures to consumers more easily Unemployment and disguised unemployment is the most depressing concern. The unemployment rate stands at 7.48 per cent, of which, urban unemployment rate is at 9.09 per cent.

However, the key risk factor will be the US Federal Reserve's policy stance. It has been indicating a hawkish stance. Its policy rates are expected to rise three times in 2022. The FED has also announced plans to taper its bond purchases. If FED prepones these decisions, the curbing of easy liquidity would hurt India all the more. The saving grace is our forex reserves at $635, which are comfortable in terms of more than 15 months of imports. The real test will be how best and fast growth can be made sustainable when the pandemic environment continues to remain hazy Much depends on how policy measures get executed effectively resulting in a revival of animal spirits of the private sector. There are several near-term pains but the long-term India growth story continues to stay bullish. COP26: Carbon neutrality is not one choice but about keeping options open; zero hunger must matter...