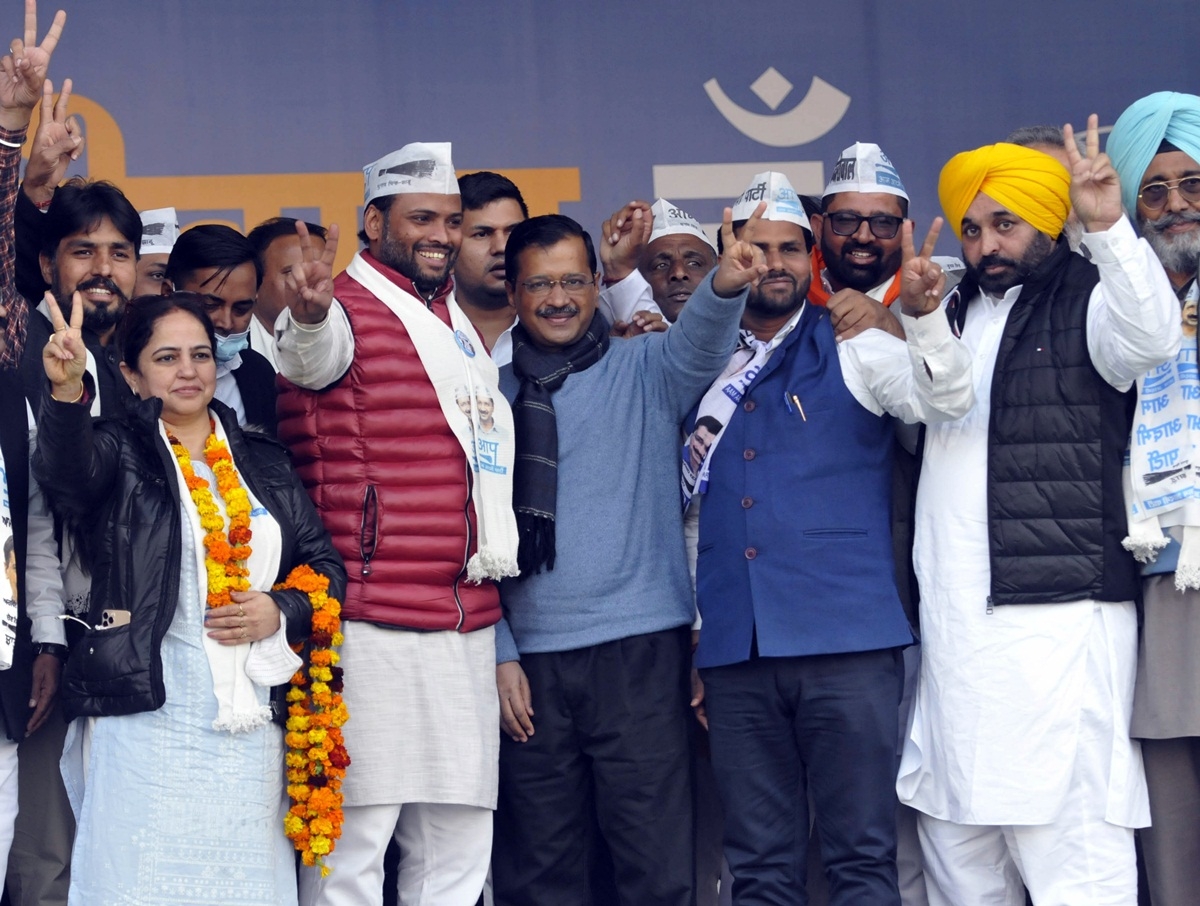 Barely a few months ahead of the Punjab assembly polls, Delhi Chief Minister Arvind Kejriwal-led Aam Aadmi Party on Monday emerged as the party with the majority seats in the Chandigarh municipal elections. Significantly, this was the first time the Aam Aadmi Party fought this election. It won 14 of the 35 municipal seats, the BJP 12, the Congress 8 and the Shiromani Akali Dal, 1. This debut victory will definitely boost the confidence of the AAP and work as a catalyst for Kejriwal’s expansion spree.

The AAP has termed its Chandigarh victory as the trailer before the Punjab assembly election but there are some significant differences between Punjab and Chandigarh. First of all, the electorate of Chandigarh is urban, mostly literate, middle and upper class. But if we look at Punjab, it is an agrarian state. According to the last census, the state had around 31.9 per cent Dalit population and 31.2 per cent OBC population. Whereas only 18.9 per cent of Chandigarh is Dalit. This is why considering the Chandigarh result as the litmus test could be a utopian idea.

There are many ways in which the outcome of the Chandigarh civic polls could be interpreted. Punjab has given a clear message to the BJP that when it comes to state and civic elections, the party should not solely depend on the image of Prime Minister Narendra Modi. Not allis right with the BJP in Chandigarh and Punjab because of the increased infighting. The sitting BJP mayor also lost the election. Meanwhile, the performance of the Congress party in the Chandigarh civic poll has not been poor. It has secured more seats than the last time and its vote share has also increased.

2022 will be a pivotal election year in India, as some of the most significant states will be going to polls, including Uttar Pradesh, Punjab, Gujarat, Uttarakhand and Himachal Pradesh. There will be elections in smaller states like Goa and Manipur too. While these elections will indeed be crucial for the BJP to retain power and for the Congress to hold its relevance, for the AAP, it is the best chance to position itself as the national political alternative.

Kejriwal has an ambitious expansion plan. The AAP will be fighting elections in Uttar Pradesh, Gujarat, Punjab, Uttarakhand, Goa and Delhi. The party has already started significant campaigns in these states. On this list, the Kejriwal-led AAP is the key opposition party in Punjab and MCD. Earlier, the party fought in Goa but could not win. Significantly, the AAP has also registered its presence in the Modi-Shah citadel of Gujarat by winning 27 seats out of 120 in the Surat local body poll. Now, the Chandigarh victory will work as an advantage for the party. The fundamental plan of AAP is focussing on the Delhi model of pro-people governance, cultural nationalism and an alternative Hindutva.

After Delhi, the AAP has the most significant presence in Punjab and it is the key opposition party in the state. Punjab politics has been in a state of massive turmoil after sitting Congress Chief Minister Captain Amarinder Singh resigned from the post and the party. Meanwhile, despite having a new CM and a Punjab Pradesh Congress president, the Congress party’s infighting has shown no sign of dissipating.

Meanwhile, the Central government has rolled back the three farm laws and the farmers’ protest is over. However, there is no doubt that in the upcoming Punjab election, the farmers’ issue will play a key role. There is also a growing sense that some of the farmer unions will fight the Punjab election. Right now, it seems that the AAP will get the major benefit of the farmers’ protest as the houses of the other parties are not in order. Inside Parliament and in the streets, the AAP has been with the farmers. All these developments could be the key to the upcoming Punjab election and benefit the AAP. And most importantly, as the AAP is the key opposition in Punjab, Kejriwal stands to directly gain from the Congress infighting.

With time, Kejriwal has transformed his image from an anarchist streetfighter to a successful administrator. Every party and its leaders face several criticisms from the public and that is the healthy way of democracy. While Kejriwal’s silence on the issues of the anti-CAA protest, the violence in Jamia and JNU is undoubtedly unfortunate, as is its portrayal of the Shaheen Bagh movement as a brainchild of the BJP, at the end of the day, politics is a numbers game. Kejriwal’s wall of silence was once again in evidence, when anti-Muslim slogans were chanted in Jantar Mantar recently. Not the best of practices for a chief minister. The scars of the Delhi riots of 2020 are still fresh butthe citizens of Delhi have witnessed little action on the CM’s part. The message is simple: whether you like it or not, Kejriwal will not take on BJP on issues related to religion.

Kejriwal believes in direct and simple messaging. The AAP is trying its best to gain a foothold in several states like Goa, Punjab, Gujarat, Uttarakhand and Uttar Pradesh. In all these states the messaging of Kejriwal is that his party will provide the pro-people schemes it has implemented in Delhi such as free electricity till 200 units (or above), free water, free travel in government buses for women, better power infrastructure and others.

With the constant depletion of the significance of Congress and the increasingly poor performance of the BJP in the state elections, 2022 could become a gamechanger for Kejriwal’s political future. But assessing the Punjab results based on the Chandigarh civic poll’s outcome could be a detrimental idea.

(The writer is an independent journalist based in Kolkata and a former policy research fellow, Delhi Assembly Research Centre. Views expressed are personal)