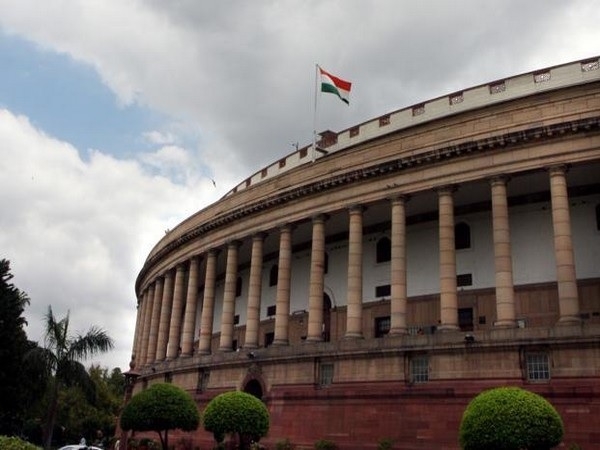 The Union Government could have easily held a virtual session of Parliament after scrapping the winter session, stymieing criticism that it rammed through the three laws for farmers during the last curtailed monsoon session in September through the ordinance route. The Government has asserted it will not succumb to the demands of lakhs of farmers amassed at the Delhi border to repeal the three laws, which is why the Supreme Court has been forced to set up a committee of all stakeholders to resolve this deadly deadlock. And has advised the Government to put the three farm laws on hold.

The core issue is whether our farmers (whose average suicide rate is 12,200 throughout India every year) have a right to life and livelihood, which is why they have caused daily losses of nearly Rs 3,500 crore to the economy, with the railways taking a hit of Rs 2,000 crore and the cost of logistics rising between eight and 10 per cent. As the Supreme Court has declared, they certainly have the right to peaceful protests, to focus attention on their plight highlighted by the Karnal gurudwara head shooting himself dead on Wednesday.

The three laws which compelled the farmers of north India to blockade the Delhi border are the Farmers’ Produce Trade and Commerce (Promotion and Facilitation) Act, (FPTCA) which has a provision making the government and its officials totally immune from civil or criminal proceedings for acts done in 'good faith'. This would imply that corporates, which act on behalf of the government in 'good faith' are immune from prosecution in courts.

The two other laws are the Farmers' (Empowerment and Protection) Agreement on Price Assurance and Farm Services Act and the Essential Commodities (Amendment) Act. These three laws collectively provide farmers with multiple marketing channels and allow farmers to enter into pre-arranged contracts, freeing them from the grip of middlemen. This, in gist, is the Government counter to the farmers’ demands.

The Government has successfully thwarted the farmers’ demand to repeal these three alleged anti-farmer laws by justifying the scrapping of Parliament’s winter session, without holding even a virtual session. Neither the curtailed monsoon session of Parliament nor the budget session in January has allowed these alleged anti-farmer laws to be debated.

This ensures the government’s representatives are not only protected for any crimes which have been committed in the past but will also be protected for crimes which they are yet to commit – provided they are done in “good faith” of course. And to make doubly sure that the civil and criminal courts have no jurisdiction to punish government servants who acted in “good faith,” section 15 of the same FPTCA declares “no civil court shall have jurisdiction to entertain any suit or proceedings in respect of any matter, the cognizance of which can be taken care of by any authority empowered by or under this Act or the rules made thereunder.”

The ousting of the civil and criminal courts’ jurisdiction is the biggest violation of fundamental rights since the 1975 Emergency. The Constitutional guarantee of the farmers’ legal redress in the courts has been replaced by an alternate dispute resolution mechanism given to the sub-divisional magistrates and additional district magistrates, who are lower-level authorities under the executive with judicial functions. It is unlikely they will pass decisions against the government which pays their salaries and furnishes their offices. Though the government claims to have fixed the minimum support price at 1.5 times the production cost, the farmers want this to be codified.

The government could have set up special courts to try these farmers’ disputes on the lines of the special CBI courts or the income-tax tribunals because special laws override the general law of the land. By ousting the jurisdiction of the civil and criminal courts, the government’s intention is suspect. For, despite announcing a package of Rs 1,660 crore transfer to the farmers’ accounts for cash crop losses, the government needs funds to give subsidies to the farmers. These funds come in from the corporate giants, who pay corporate tax apart from other contributions.

CJI Sharad Bobde has already stated in court that the Supreme Court wants to discourage litigants from directly approaching it under Article 32 of the Constitution without first filing petitions in any of the 25 high courts. But unlike Article 32, the right to grant the prayers in writ petitions or PILs filed in any of the 25 high courts under Articles 226 and 227 is not a fundamental right but a discretion left to individual high court judges. In any case, the farmers cannot approach the high courts unless they clearly show the state has violated their fundamental rights.

This is why the Bar Council of Delhi has supported the farmers’ agitation because ousting the jurisdiction of the courts is like telling the farmers they have a right to commit suicide if they are not satisfied with the sops offered to them by the government in the form of subsidies in water, electricity and fertiliser, and their right to enter into contracts for sale of pre-harvested crops. So, they can sell their produce anywhere, anytime and at any place, even if it is 500km from where they sow and reap.

Farmers are eternal optimists. But when they give us food, we must give them justice. Not empty promises.