Biased attitudes at core of gender disparity even today

The first film that came out soon after the amendment, was Govind Nihalani’s Sanshodhan (1996), which in which men in a village are rattled when the women they treat as dumb puppets turn out to have a voice when they are elected to the panchayat.
Deepa Gahlot 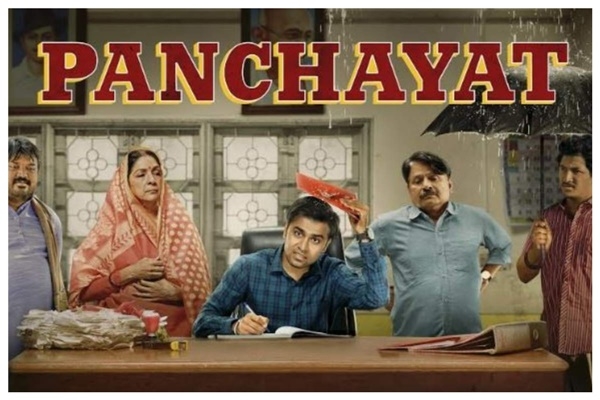 In a currently popular web series, Panchayat, set in a village in Uttar Pradesh, the Pradhan of the gram panchayat is Manju Devi (played by Neena Gupta), but the actual work is done by her husband, Brij Bhushan Dubey (Raghuvir Yadav), who is called Pradhan Pati by the villagers, without the slightest trace of mockery.

Since the tone of the series is light, it is hinted at, but not over emphasised, that being the village headman — even a proxy one — has led to inordinate prosperity for the Dubeys. In 1992, when the 73rd and 74th Constitutional Amendments introduced local self-governance, in an attempt to empower women and include them in decision making at the grassroots level, it was decided to reserve a third of the seats in village panchayats for women (some states reserved more).

In a patriarchal and feudal rural society, men were not willing to cede power to women so easily, and found a way out — women contested elections, but the men in the household — father, husband, brother, son — held the reins of governance, and reaped the benefits meant for villagers.

In another well-liked serial, Nimki Mukhiya, when a lower caste girl (Bhumika Gurung) wins the panchayat election in a Bihar village, thanks to reservation, the upper caste clan that controls the area, gets one of its sons married to her, so that power remains in their family. They treat her like an untouchable servant in their haveli, but do not expect that docility is not part of Nimki's nature.

The first film that came out soon after the amendment, was Govind Nihalani’s Sanshodhan (1996), which in which men in a village are rattled when the women they treat as dumb puppets turn out to have a voice when they are elected to the panchayat. In many north Indian villages, women are forced to observe purdah, and in poor families, the girls often remain illiterate, but if given the power to make decisions, they would — and have — made a positive difference in rural areas.

Only the sensational stories of women power make it to the mainstream media — like the movements to ban alcohol in villages or stop child marriages, but changes are coming about in small ways. Women understand the issues that affect them — like the character of a village leader (Shabana Azmi) in the film Godmother (1999), whose priority is to install hand pumps in villages, because women have to walk long distance with pots on their heads, to fill water from the common well. Still, bending gender rules in traditional societies is a slow and often painful process.

Sometimes, the barrier is the woman herself, who has been raised to believe that her place is in the home and her primary duty is to look after the family. In the absence of any support system that allows her to work outside the home, the woman chooses domestic peace over personal ambition or political growth. In the rural family, men do not even pretend to share women’s workload — being seen doing any domestic chore would earn them ridicule, not admiration.

According to a study by the International Centre for Research on Women, “Capacity building to enable women in proactive participation will need institutional reform as well as dismantling existing power structures such as oppressive patriarchy, physical and emotional violence against women at home and in the public spheres. The study findings also reaffirm that women elected representatives face varied gender specific constraints.

As more and more women aspire to take their rightful place within governance bodies, it is important for all institutions (state, family and community) to respond to women’s specific needs such as bridging gaps in education, renegotiating gender roles, the gender division of labour and addressing biased attitudes. This, coupled with a discourse to engender institutional and operational frameworks to place strategic gender interests at the core of the governance processes will go a long way in exploiting the potential of panchayats as spaces of democracy and equitable development.”

However, so far this is a utopian dream, if at all women are permitted to study or take up acceptable jobs, there is no getting away from household duties. Worse, they seldom have control over their own earnings. Closer to our own urban experience, millions of women who go out to work seldom get adequate back-up at home.

In Mumbai, the routine of so many working women is to get up at the crack of dawn, fill water, cook, pack tiffins for husband and children, drop kids to school or day care, commute in crowded trains to the workplace. On the way back, it’s the reverse — pick up provisions, cook, feed the family, clear up and go to bed after everyone else, somehow fitting in the kids’ homework into the routine. Very few men help with domestic chores having grown up in households where cooking, cleaning, child rearing and caring for the elderly was women’s work.

If they so much as pick up their own plate, they think they deserve an award! Some middle and upper class families have domestic help, coming in to work either early in the morning, or picking up keys from designated spots, cleaning, washing up, and occasionally cooking the evening meal in an empty house. It’s when everyone is home during the COVID-19 lockdown, that men realised just how much of the daily burden of living women carry; and women understood that the convenience of domestic help is a blessing.

The considerate men must be helping with cooking, washing up and keeping kids occupied. Others probably complain of boredom and binge watch TV. At the end of Panchayat, Manju Devi is made to realise, by a female District Magistrate, that if she has won the position, she must learn to do the work, too. If there is a Season 2, she will probably prove to be a good Pradhan, despite her illiteracy. But the question is, will the Pradhan Pati learn to cook, serve and wash up? The writer is a Mumbai based columnist, criic and author.