A musical whiz kid from the get-go, Alokesh Lahiri, better known as Bappi Lahiri, was a musician who was never scared of breaking the mould. When Bappida, as he came to be fondly known, reached the zenith with his melodious and haunting numbers, he swiftly changed tracks, moving on from soulful renderings to chartbuster disco beats.

On February 14, 1969, Bappida made his debut as a music director and 53 years and two days after Valentine’s Day, the Disco King exited the earthly stage.

Lata Mangeshkar, who knew Bappida’s parents Aparesh and Bansari Lahiri, noted singers and composers from Bengal, identified Bappida’s keenness towards music even as he was a child. Following her suggestion, little Bappi was given lessons in tabla. His first guru was Pandit Samta Prasad. Packed with a double dose of music, genetically speaking, Bappida had excellent instincts and a penchant for music from childhood.

He created a ‘stir’ from the beginning, signing his first film when he was 17. He was always grateful to his parents who listened to him and moved to Mumbai from Bengal as he wanted to chart a career in music and make it big.

Driven by his emotions and his dream to make it big, in the early 70s, Bapppida worked for small-budget films like B R Ishara’s ‘Charitra’ (1973) and ‘Bazar Band Karo’ (1974). These projects tanked horribly. And nothing much changed for him in 1974 either, with ‘Ek Ladki Badnaam Si’. The film got lost the moment it was released and almost nobody took note of his efforts in numbers like ‘Zindagi Hai Hanske’ and ‘Koi Mare Jiye Apne’.

But as they say, good work always gets notice. Bappida’s talent had impressed producer-director Tahir Hussain. Following which he (Hussain) made a ‘strange offer’ to Bappida.

R D Burman (Panchamda), who was already a cult figure by then, had composed songs for Hussain’s ‘Madhosh’ (1974) but was extremely busy and didn’t have time to score the background music for the film. And as luck would have it, young Bappi was assigned the task. It was like being in Panchamda’s shadow!

This project brought them (Bappida and Hussain) closer and in 1975, the music of Zakhmee forced music lovers to take note of the new kid on the block. This time Bappida’s work did not depend on the fortunes of the film. It was the emergence of young talent on Bollywood’s horizon.

‘Jalta Hai Jiya Mera’ and ‘Abhi Abhi Thi Dushmani’ paved the way for young Bappi. Nothing was impossible after that.

Then came ‘Chalte Chalte’ and it’s needless to say that these numbers, till date, are all-time hits. ‘Pyaar Mein Kabhi Kabhi’, ‘Door Door Tum Rahe’, ‘Jaana Kahaan Hai’ are still so fresh, as if these were composed yesterday!

Chalte Chalte onwards, he never looked back. Bappida had arrived in Bollywood. People began taking his name along with the then stalwarts like Kalyanji-Anandji, R D Burman and Laxmikant-Pyarelal. He had cemented his name in the world of music and was here to stay forever.

Like most musical greats, Bappida created his musical endorsement or rather statement. He made music (practically) of every type - romantic, raga-based, bhajans, rock, soulful, qawwalis and folk tunes. You name it and Bappida could pull out the right note from his quiver. He made extensive used of the sitar, santoor and the flute but sadly, most music lovers only remember the jhankaar beats of the drums and the saxophone.

Bengali music was in his veins and its influence on him reflected in his hits, ‘De De Pyaar De’ (‘Sharaabi’) and ‘Shyam Rang Ranga Re’ (‘Apne Paraye’).

However, as mentioned earlier, he was always ready to experiment, never ready to fit in a mould or be typecast. He completely transformed himself by the beginning of 80s.

But it must be mentioned that even in his transformation, he sparked off the disco trend in Bollywood and almost all major music composers followed suit.

Bappida was surely gifted with a Midas touch because even in his new avatar, he made it big albeit the fact that melody was left behind as far these numbers are concerned!

In 1982, with the emergence of the disco era and the success of ‘Disco Dancer’, he had completely changed tracks. His instincts came in handy again, helping him recognise the ‘in thing’ and the requirement of the day. Though many say that with this shift, he drifted away from melody, it isn’t correct at all. Even as he created ‘Yaad Aa Raha Hai’ or a ‘Zoobi Zoobi Zoobi’ or an ‘unbearable’ ‘Koi yahaan aha naache naache… auva auva’, he effortlessly composed the music for ‘Namak Halal’, again in 1982, which had numbers like ‘Raat Baaki, Baat Baaki’ and the immensely popular ‘Pug Ghungroo’ (duration - 11minutes, 47 seconds), the longest song in Hindi films. It was a song that had all shades and Kishore Kumar’s versatile vocals made the song immortal. Incidentally, the song won Kishore Kumar his last Filmfare Award in 1983!

Sadly, even as the social, print and television media have been flooded with tributes for the ‘Ultimate Disco King’ and generations are thriving on his peppy numbers, the ‘original’ melody king Bappida has got lost in the maze of the jhankar beats. Bappida as a music composer was a storehouse of talent and much bigger than what was apparently seen. We must never forget that potential and bind him only to the disco genre! 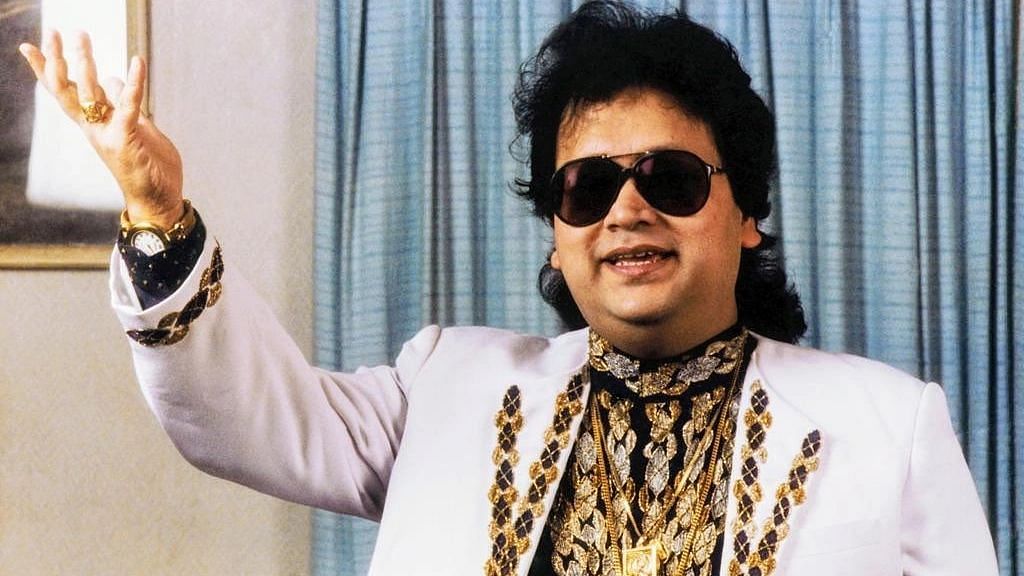