The BJP was quick to pounce on CM Uddhav Thackeray’s parochial stance in the Saki Naka case. Reasoning that the CM’s directives promoted disharmony and enmity between communities and painted migrants as criminals, BJP MLA Atul Bhatkhalkar lodged an FIR against Uddhav under section 153-A of Indian Penal Code. ...With the civic polls in Mumbai just 5 months away, it was a smart move by the BJP
Anil Singh 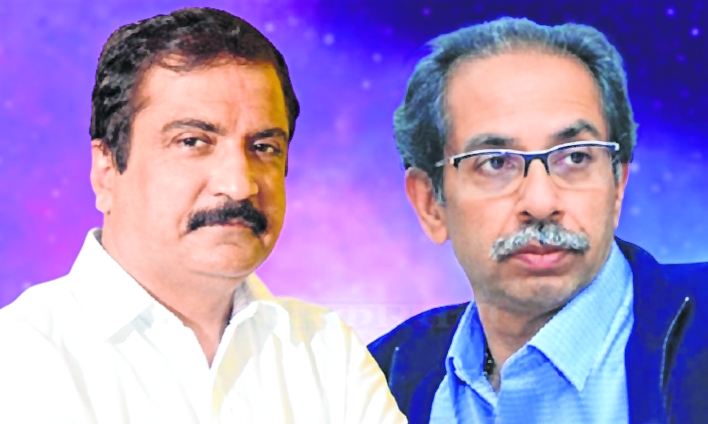 The Saki Naka rape-and-murder case has gone off the radar in a week but CM Uddhav Thackeray’s knee-jerk reaction deflecting the anger on to the ‘parprantiya’ (outsiders) sticks in the mind; he told the cops to maintain a database on migrant labour so as to keep tabs on them. Apart from the accidental CM’s lack of legal literacy, it shows that parochialism is in the DNA of the Shiv Sena even after teaming up with the NCP and the Congress to rule the state. Tracking convicts, including habitual offenders who have served their sentences, is frowned upon by the courts, so, monitoring migrants is downright discriminatory and unconstitutional.

This mindset comes from the ‘sons of the soil’ creed on which the party was founded in 1966. Initially, South Indians were targeted but after the spurt in migration from U P and Bihar, ‘bhaiyyas’ replaced ‘Madrasis’ as the whipping boys. This is not the first time Uddhav, otherwise a moderate, has blamed outsiders. One of the instances dates back to ten years after two persons from Bhagalpur in Bihar were arrested for the blasts of July 2011 at Opera House, Zaveri Bazar and Dadar.

Xenophobia fanned by the Sena and the Maharashtra Navnirman Sena (MNS) have led to sporadic attacks on migrant labourers and shops owned by North Indians not only in Mumbai but also elsewhere in the state. Uddhav has also opposed the hiring of migrant labour for big projects such the modernisation of the Mumbai airport in 2008 on the grounds that it would deprive locals of jobs. He raked up this issue after the Saki Naka rape case when he told the cops to curb the ‘illegal’ transfer of autorickshaw permits to outsiders.

In the 90s, Uddhav’s father and the founder of the party, Bal Thackeray – who started as a cartoonist with this newspaper – hitched on to the Hindutva bandwagon and the Sena-BJP alliance came to power in 1995. Though a junior partner, the BJP was wary of alienating the North Indians, being a national party. It was quick to pounce on Uddhav’s parochial stance in the Saki Naka case. Reasoning that the CM’s directives promoted disharmony and enmity between communities and painted migrants as criminals, BJP MLA Atul Bhatkhalkar lodged an FIR against Uddhav under section 153-A of Indian Penal Code.

Not that any party cares for migrants but with the civic polls in Mumbai just five months away, this is a smart move by the BJP. The percentage of people in Mumbai with Marathi as their mother tongue is estimated to be less than 40 per cent. An indication comes from the 2011 census report on the mother tongue of residents in the city. It shows that respondents who identify Hindi to be their mother tongue has grown by over 40 per cent in the ten-year period from 2001 to 2011, from 25.88 lakh to 35.98 lakh.

At the same time, the number of respondents who said that Marathi was their mother tongue fell by 2.64 per cent, from 45.23 lakh in 2001 to 44.04 lakh. In Thane and Raigad, two adjoining districts, the spike in Hindi-speaking residents is as high as 80.45 per cent and 87 per cent respectively. Today, most of the casual labourers as well as workers in trawlers fishing off Mumbai are North Indians. ‘Bhaiyyas’, it seems, have replaced the ‘sons of the sea’ as well.

However, this has yet to translate into political clout for the migrants, which is why they were treated so shabbily during the lockdown. Around one-third of Mumbai’s municipal corporators – 72 out of 227 – are non-Marathi. Of these, 26 are Muslims, 24 Gujaratis, 14 North Indians, five South Indians and three Christians. Their number, though, has gone up from 61 in 2012. The BJP accounts for the highest number of non-Marathi corporators; 36 in all, including 23 Gujaratis, 12 North Indians and one South Indian. In fact, the BJP (82) came close to displacing the Sena (87) as the largest party in the 2017 civic polls.

It is because of the demographic shift that the Sena gave a Lok Sabha ticket to Sanjay Nirupam, who hails from Bihar. The Sena has also become more inclusive and even woos Gujarati voters although come poll-time it reverts to Marathi ‘asmita’ (pride) and slogans like ‘Sena belongs to Mumbai and Mumbai belongs to the Sena’. This may appeal to their core voters but the fact is that Mumbai is a melting pot and it belongs to everyone. Not for nothing does BMC runs schools where the medium of instruction apart from Marathi and English, is Hindi, Urdu, Gujarati, Tamil, Telugu and Kannada.

In fact, the Sena has yet to come to terms with the demographic shift in Mumbai. At election time, Uddhav woos North Indians saying, “If you are born and brought up in Mumbai, why consider yourself outsiders?” At other times, he blames them for the rising crime rate and for robbing the local of jobs.

The Sena has done precious little for the Marathi ‘manoos’ whose cause it champions. So many of the Sena leaders have turned builders and have short-changed their own voters. The Sena has been ruling the BMC since 1997 but its record is pretty dismal; just look at the pot-holed roads, the extensive flooding every monsoon and the proliferation of slums. The Sena rules Dombivli, where Uddhav’s wife Rashmi grew up, but its roads are in terrible condition. When someone points this out, the Sena bares it fangs.

Radio jockey Malishka Mendonsa was trolled and targeted in July 2017 when she lampooned the BMC about potholes in a song that vent viral. The BMC suddenly discovered Aedes mosquitoes breeding in the flowerpots of her mother’s flat and promptly fined her for it. The Yuva Sena even urged the municipal commissioner to file a Rs 500-crore defamation suit against the channel which ran the song.

The Sena did restore a sense of pride in the Marathi-speaking people of Mumbai but its record on jobs-for-locals is nothing to speak about although the Sthanik Lokadikar Samiti of the party made a belated attempt. The Shiv Udyog Sena launched by Bal Thackeray was a disaster; wags said that it provided employment to only two locals, Raj and Uddhav.

What has really propped up the Sena in Mumbai, apart from its committed voters, is its ‘shakhas’ (local offices) which are non-parochial and secular when it comes to fixing minor civic problems and helping people with their ration cards and school, hospital admissions etc. Some ‘shakhas’ are even headed by youngsters whose parents migrated to Mumbai from other states. The BJP is flush with funds but it lacks that kind of grassroots network in Mumbai. But with the demographics against it and its former ally BJP breathing down its neck, parochialism can cost the Sena dearly.

Coming back to Uddhav’s instructions to the cops, not many know that North Indians dominate the IPS lobby in Maharashtra. One such officer, Raj Vardhan Sinha from Patna, stood guard over the Sena patriarch’s body for six hours as his cortege made its way from Matoshree to Sena Bhavan on November 18, 2012. And the Jaunpuri connection with crime also extends to crime-busters; North Indian IPS officers from Jaunpur interrogate these criminals in their own lingo, Bhojpuri.

The writer is an independent journalist based in Mumbai. He welcomes feedback at anilsinghjournalist@gmail.com