If India has to become vibrant, more attention needs to be given to both labour and agriculture. And labour includes investments in education, health, and good policies to protect them.

The first week of the new year had two bits of bad news for India. First, the country witnessed data from the CMIE which showed that unemployment rate in India had risen to 8.3% in December 2022, the highest in 16 months. The second was that the rupee had slumped to an all-time low of Rs 83 to a US dollar.

It is possible that both developments have a common link – poor governance.

Consider the following. India has the highest levels of unemployment compared to all its neighbouring countries. Instead of focussing on labour intensive jobs, the government has poured more money on capital intensive sectors. 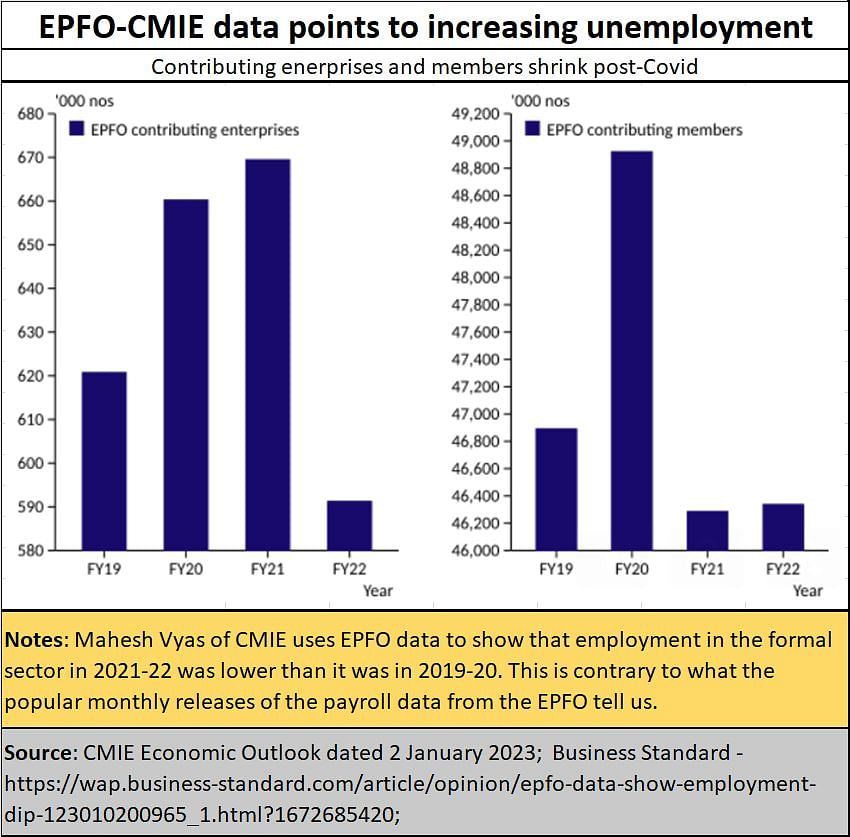 Agriculture has the potential for the highest increase in employment opportunities. But it has not been given the importance it deserves. Ditto for textiles and leather too. This is despite these industries having the highest ICOR or Incremental Capital Output Ratio. But there are other issues which are also flashing red.

First, there is no denying that much of India’s workforce is employed in the unorganised sector. There are mostly engaged with MSMEs (Micro, Small &amp; Medium Enterprises). Yet the manner in which GST has been structured, helps large units more than MSMEs. 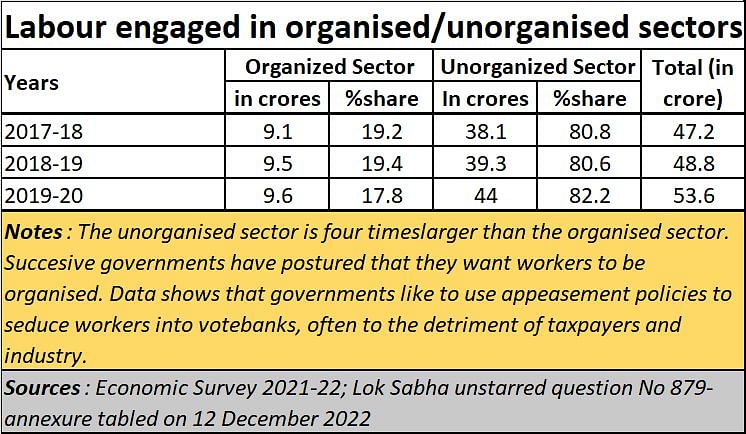 Just consider three instances. Organisations must pay GST at the time of invoicing. Thus, if a large enterprise fails to pay its bills on time, the small enterprise is compelled to pay to the government even before it has collected the money from the large enterprise. That is financially burdensome for the

MSME. Then there are large publishing houses which refuse to pay GST upfront to authors. They have to file for reverse GST. Why? Why must the small enterprise always be the one which suffers?

Third, large units have registered themselves for GST credits with every state. Small enterprises cannot meet the paperwork involved with multiple registrations. Why cannot a small enterprise get GST credit even for expenses in a state where it is not registered? The government turns a blind eye to the please of small enterprises. What happened to the principle of one-nation-one-tax? In any case, a bigger contributor to the value addition in the economy comes from the private sector – most government sector enterprises are haemorrhaging. The more you look at labour policies, you will discover that the government either over-indulges, or over exploits. That in turn leads to low productivity, which in turn results in a weaker economy.

Another area where the lack of vision can be seen is in the field of education. On 7 February 2022, the government, through the minister of state for labour and employment, Rameshwar

Unemployment levels dropped marginally to 12.9% for those who had completed post-graduation. A more detailed chart which gives state-wise figures can be downloaded here. One probable cause could be the terrible standards in schools (especially those run by the government or quasi-government bodies. Poor quality education has made students unemployable. This is evident from anecdotal data. If you advertise for a clerical post, you will get inundated by thousands of applications.

Barely a handful will meet the norms of a decent IQ and good language skills. According to organisations like TCS and Nasscom, barely 30% of graduates are employable. And data compiled in 2018 by Pratham, India’s largest NGO engaged in the education space, showed that only 44.2% of the children in Std V could read the books meant for Std II. The score had declined from 53.1% in 2008.

Could the central government have done anything to ameliorate the situation, considering that education is a state subject as well? Yes, it could, if it had both the vision and the political determination. It could have used the finance ministry to issue guidelines for allowing tax free exemptions to only those educational trusts that met quality standards. Measurement of outcomes by an independent third party could have been used to decide on the level of exemptions or financial grants the education rusts would receive.

Without good education, you can be sure that a country will do badly. The signs of mismanagement of education and health are beginning to be seen now.

But the major cause of a weak economy is the terrible lack of vision and focus on agriculture. 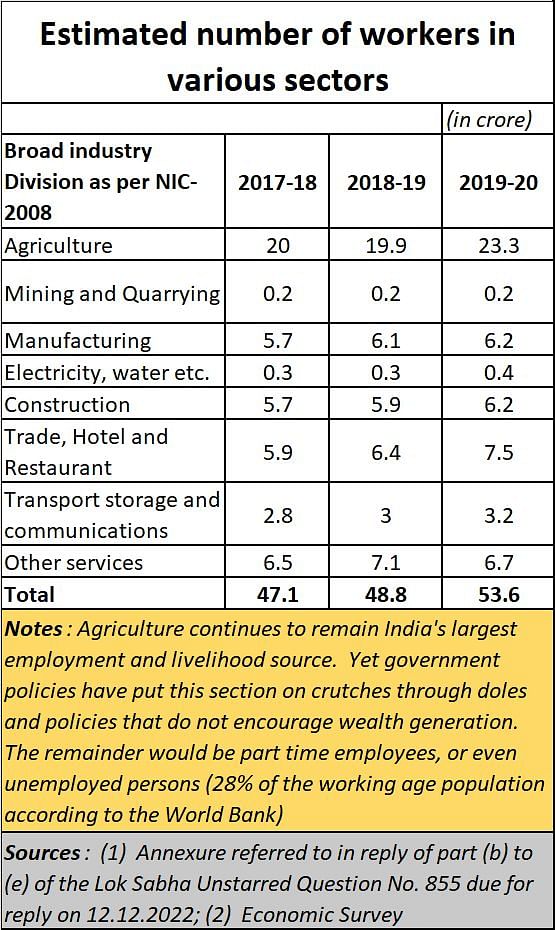 In India, agriculture accounts for more than 50% of employment (though in a reply to unstarred question no 855 in the Lok Sabha, the government claims that a bit under 50% has been engaged in agriculture). And yet the farmer remains poor because of policies that have not allowed them to discover higher prices. The government’s minimum support prices (MSP) with guaranteed offtake is applicable to only rice and wheat and occasionally a few additional crops.

But look at sugarcane. The farmers are not allowed to discover market prices for this crop in either Uttar Pradesh or Maharashtra, the two largest sugarcane growing states. In Uttar Pradesh, the government decides the price that must be paid to the farmers by sugar mills, even if they are not viable for the latter. In Maharashtra, the government recommends sugarcane prices, but subsidises this for sugar cooperatives through grants or subsidies. Either way, the heavy hand of the government is visible. That is why sugarcane may appear profitable, but is extremely expensive, concealed by subsidies and grants. When sugar is exported, it is often at a price lower than what it costs to produce in India. This is often concealed through export subsidies and other mechanisms.

Ditto with milk even though this industry accounts for the largest share of over around 5% of the country’s GDP (larger than rice and wheat put together). This was made possible because Verghese Kurien ensured that the milk industry remained profitable without government grants or subsidies. Now the government (along with some state governments) has begun giving grants to select milk cooperatives, which suggests political quid pro quo. The result is that efficient milk producers are put under more strain. The government is actually introducing policies that will make this industry sick.

If India has to become vibrant, more attention needs to be given to both labour and agriculture. And labour includes investments in education, health, and good policies to protect them. That in turn requires better policies for taxation, including GST. It also means not hurting industries like sugarcane and milk which are crucial for wealth generation at the farm level. But more on this later.