The elections, the fifth the country has held in three years, deepen an unprecedented political crisis in Israel.

Israeli Prime Minister Naftali Bennett convened what is likely his last Cabinet meeting as premier on Sunday, with parliament expected to dissolve itself this week, triggering new elections in the fall.

Bennett's decision to head to elections puts an end to an ambitious political project that united eight ideologically disparate parties that chose to put aside their differences to oust former leader Benjamin Netanyahu, the current opposition leader, who now has an opening to return to lead the country.

The elections, the fifth the country has held in three years, deepen an unprecedented political crisis in Israel.

At the meeting, Bennett listed a series of accomplishments under his year-old government and thanked his coalition partners, which included dovish parties that support Palestinian statehood, nationalist ones who don't, and for the first time in Israeli history, an Arab political faction.

"It was an excellent government that relied, yes, on a complicated coalition. And here in this room there is a group of people that knew how to put aside ideological disagreements, to rise above, and to work for the state of Israel," he said.

As part of the power-sharing agreement that brought Bennett to power, he is set to hand over the premiership to Foreign Minister Yair Lapid, a centrist former broadcaster, once parliament is dissolved. Elections are expected around the end of October and polls show Netanyahu's Likud party is expected to garner the most seats.

But as in most rounds of voting during the current political turmoil, Netanyahu, who is on trial for corruption, has been unable to muster a majority to form a coalition government, with some of his traditional allies refusing to join him. That could further extend the crisis after the upcoming vote.

While Bennett's government helped steady the economy and navigated the last year of the coronavirus pandemic, it was beset by disagreements over the very issues it sought to avoid, particularly Israel's 55-year occupation of the West Bank.

Bennett said he decided to put an end to his political experiment because the government was unable to renew regulations that enshrine separate legal systems for Jewish settlers in the territory and Palestinians.

Bennett's own nationalist faction, Yamina, was dogged by defectors, legislators who said the prime minister, a former settler leader, had veered too much toward the center in his bid to keep the coalition intact.

Bennett, who entered politics a decade ago, hasn't said whether he'll run in the upcoming elections. 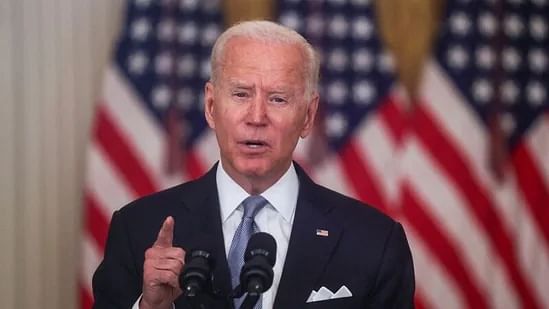