Will US retaliate against Russia over recent ransomware attack? Biden says his govt is 'looking closely' at issue

US President Joe Biden said that his administration was "looking closely" at whether to retaliate against Russia for a recent ransomware attack.

"We're looking closely at that issue," Biden told reporters at the White House on Wednesday when asked if the US would retaliate against Russia for the latest ransomware attack.

Biden replied "no" when asked if he believes Russian President Vladimir Putin was testing him with the hack ahead of their first-ever face-to-face meeting in Geneva on June 16, reports Xinhua news agency.

Major meat producer JBS USA said on Sunday that it suffered a cyberattack and notified the administration that the ransom demand came from a criminal organization likely based in Russia.

The US was in direct touch with Russia and conveyed concerns about the issue, White House Press Secretary Jen Psaki told reporters at a briefing on Wednesday.

"We do expect this to be one of the issues that the president will discuss with President Putin at the summit.

"Harboring criminal entities that are intending to do harm, that are doing harm to the critical infrastructure in the United States is not acceptable," she added.

The latest ransomware attack came weeks after a similar cyberattack targeting Colonial Pipeline, which forced the company to shut down approximately 5,500 miles of fuel pipeline for days.

The Biden administration concluded that the Kremlin was not involved in the attack against Colonial Pipeline, while indicating criminals behind the hack were living in Russia.

The President said last month that he would raise the cybercrime issue in talks with Putin.

Relations between Washington and Moscow have been adversarial in recent years.

The two sides have obvious differences on issues related to Ukraine, cybersecurity, human rights, and US election interference.

The Biden administration noted it seeks "a more predictable, stable relationship" with Russia.

The much-anticipated Russia-US summit in a third country was first proposed by Biden during a telephone conversation with Putin on April 13, according to the Kremlin.

Read Also
Ahead of intra-Afghan talks, Pakistan perturbed about security vacuum in Afghanistan 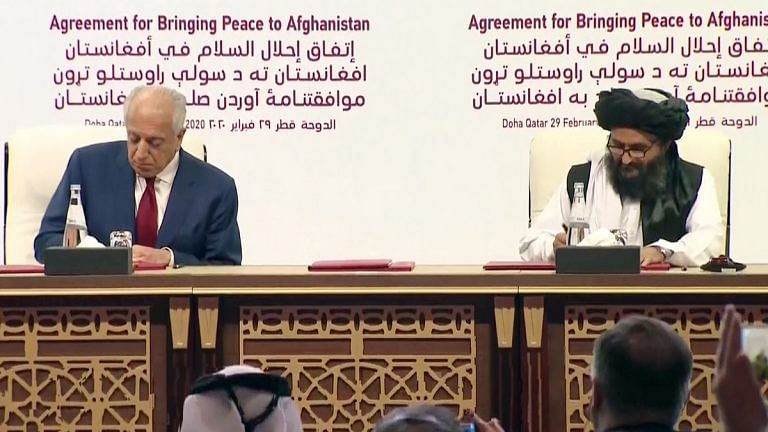 HomeWorldWill US retaliate against Russia over recent ransomware attack? Biden says his govt is 'looking closely' at issue