Abe saw immense potential in building a strong bond with India, and worked well with leaders across Indian political parties

Prime Minister Narendra Modi will be flying to Tokyo on Monday to attend the state funeral of former Japan Prime Minister Shinzo Abe.

Foreign Secretary Vinay Kwatra said this trip is an opportunity for PM Modi to honour the memory of his 'dear friend' and the champion of the India-Japan ties. 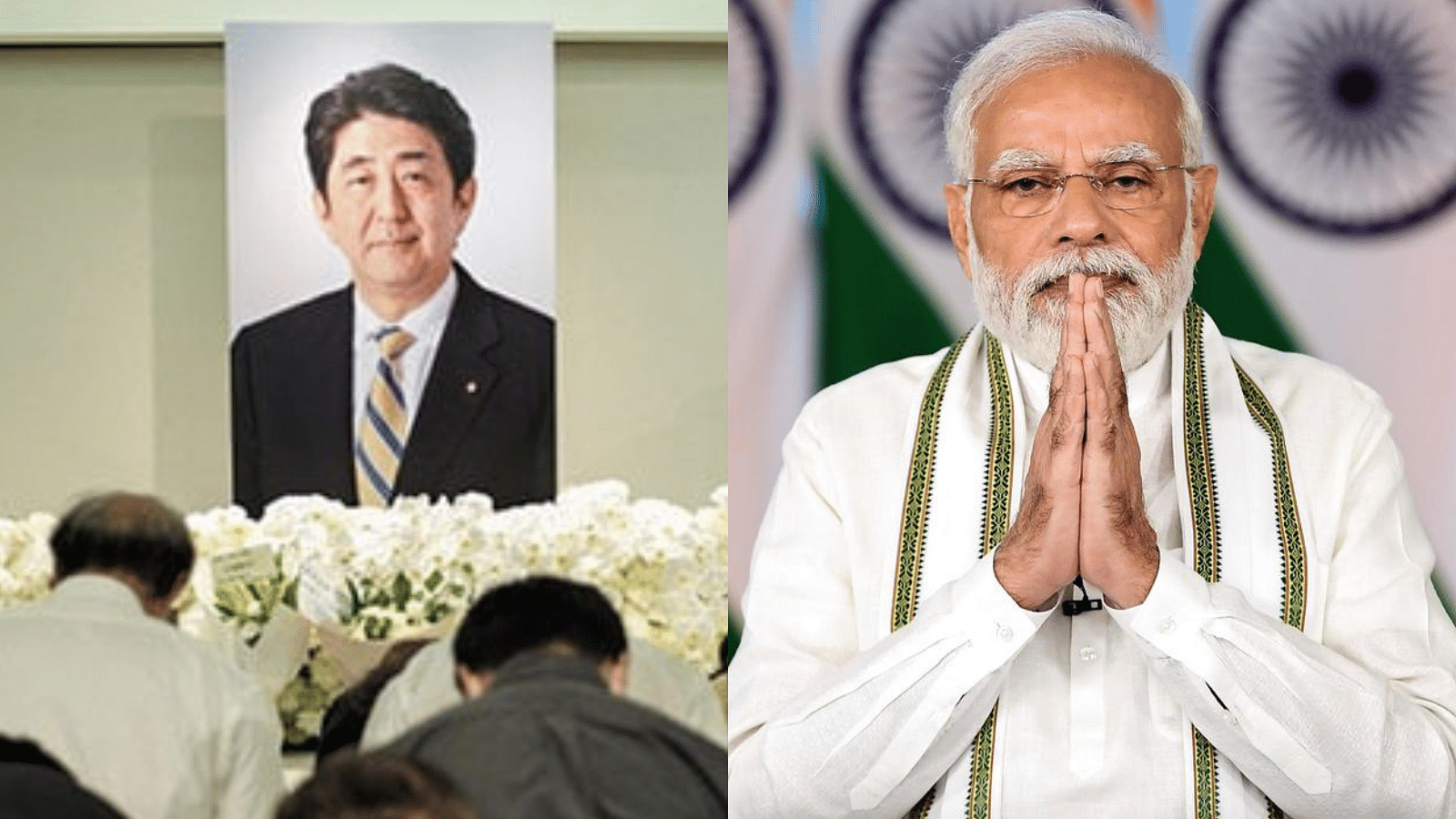 Abe made significant contributions to deepening India-Japan relations, turning a primarily economic relationship into a broad, comprehensive, and strategic partnership, making it pivotal for the two countries and the region’s security.

His personal chemistry with Modi was a crucial factor in India and Japan upgrading their partnership to the the level it is at today.

During his visit to India in 2007, Abe addressed the Indian Parliament. In his speech titled “Confluence of the Two Seas,” Abe spoke of the Pacific and Indian Oceans “bringing about a dynamic coupling as seas of freedom and of prosperity.”

A “broader Asia” is “beginning to take on a distinct form,” Abe said, and India and Japan “have the ability — and the responsibility — to ensure that… these seas … become seas of clearest transparency.”

This speech laid the foundation for not only the India-Japan security partnership that would grow rapidly in the years that followed but also their participation in a grouping of like-minded countries to meet the challenges posed by an increasingly aggressive China in the Indo-Pacific region.

The Indo-Pacific framework and the Quad grouping of Australia, India, Japan, and the US, which Abe alluded to in his historic speech to the Indian Parliament, would take more concrete shape in subsequent years.

A dramatic change that occurred in India-Japan ties under Abe’s leadership was in the nuclear field. From fiercely opposing India’s nuclear program, Japan came around to adopting a more pragmatic, even supportive approach.

This culminated in Japan signing the Agreement for Cooperation in the Peaceful Uses of Nuclear Energy with India in 2017. This agreement allowed India, despite not being a signatory to the nuclear non-proliferation treaty, access to advanced cutting edge reactor technologies and potentially nuclear reactors.

Growing concerns about Chinese aggression have resulted in Tokyo and New Delhi reconfiguring bilateral ties to make them more ambitious from undertaking joint projects in India’s Northeast and wider South Asia to the revival of Quad in 2017, and joint connectivity projects such as the Asia Africa Growth Corridor.

As India expanded its footprint in East and Southeast Asia, it has found support from Japan which has also been steadfast in its support for New Delhi’s position on its border disputes with China. It was Abe’s leadership which allowed Tokyo to expand the ambit of its ties with New Delhi.