'What if my Secret Santa was Bill Gates?': Reddit user receives gifts from Microsoft founder

Shelby received an 81-pound (about 36.7 kg) package from the Microsoft co-founder on December 18
FPJ Web Desk 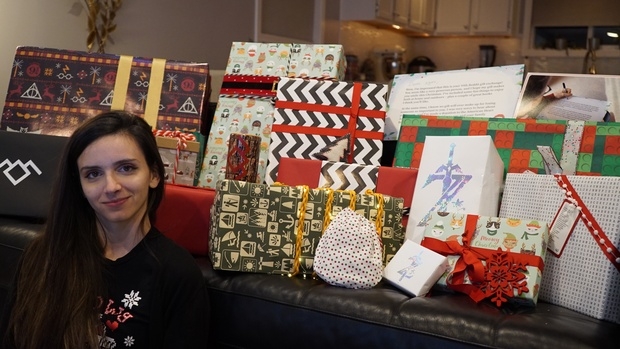 What if your Secret Santa was Bill Gates?

This might not have been a question asked by many, but one Reddit user recently discovered firsthand what that really means. Shelby (username - szor) received an 81-pound (about 36.7 kg) package from the Microsoft co-founder on December 18.

RedditGifts, is an online gift service that connects users from across the world. According to the about page on their website, it connected "200,000 internet strangers from 141 different countries" who in turn sent gifts around the world. The service encourages you to research the person you're matched with before mailing a gift.

"It's well documented that Bill Gates has been participating for years, but I never, ever thought he would be my Secret Santa," she told CNN.

In a Reddit post narrating the time leading up to the receival of the gift, she writes, "I spy an email alert informing me that my RedditGifts Secret Santa package has shipped! I log in and am a bit taken aback that the package is being FedEx overnighted – sounds expensive. I also noticed that it was being shipped from Washington state, and as a seasoned RedditGifter, I remark to my husband, “Huh, wouldn’t it be something if my Santa was Bill Gates?"'

At that time, she had no idea that the package truly was from the billionaire.

Shelby narrates that she was taken aback to realise that her package was being shipped overnight across eight shipment zones and weighed 81 pounds. When she got to the FedEx office the next day, she was identified as the 'Bill Gates package' and presented with a parcel that "weighs almost as much as me", emblazoned with '#95', because it was Shelby's 95th RedditGifts exchange on her profile.

Gates, along with sending the massive package of gifts also donated to The American Heart Association in memory of Shelby's mother. Her mother incidentally passed away this year, just days before Shelby's wedding.

The package which did not fit into her car (or her husband's) had to be opened in the FedEx office. "I open the box and am immediately struck by a package that is literally lit up with a strand of fairy lights," she writes.

Shelby received toys for her cat, Harry Potter and Twin Peaks memorabilia, a manuscript copy of The Great Gatsby, books and candy, among other things.

Responding to the gifts from her secret Santa, Shelby wrote, "Bill Gates, you are a blessing".

"...I still cannot believe how lucky/cool/honored/all the adjectives I am to have had someone craft such a special and personal set of gifts just for little ol’ me. And your donation to The American Heart Association in my mom’s memory is the most special gift of all. It means more to me than I can express," she added.