Pakistan Tehreek-e-Insaf's (PTI) women supporters were detained late last night from outside Pakistan National Assembly. On the other hand, anti-Imran Khan activists celebrated outside the Assembly after he lost the midnight trust vote.

Imran Khan has become the first Pakistani prime minister to be removed from office after losing a no-confidence vote in parliament.

The drama caps weeks of machinations by the opposition aimed at unravelling the tenuous coalition Khan built around his Pakistan Tehreek-e-Insaf (PTI) party to become premier in 2018.

The no-confidence motion, which required 172 votes in the 342-seat parliament to pass, was supported by 174 politicians.

Anticipating his loss, Khan, who alleged the opposition colluded with the United States to unseat him, on Friday called on his supporters to stage rallies nationwide on Sunday.

Khan’s options are limited and should he see a big turnout in his support, he may try to keep the momentum of street protests as a way to pressure parliament to hold early elections.

“I will not accept an imported government,” Khan told the nation in a late-night address. “I’m ready for a struggle.”

Khan earlier tried to sidestep the vote by dissolving parliament and calling early elections, but a Supreme Court ruling ordered the vote to go ahead.

“We will not seek revenge. We will not put people in jails, but the law will take its course,” Pakistan opposition leader Shehbaz Sharif said in a speech after Saturday’s vote.

It is widely expected that Sharif – the younger brother of former three-time prime minister Nawaz Sharif – will replace Khan on Sunday or Monday. 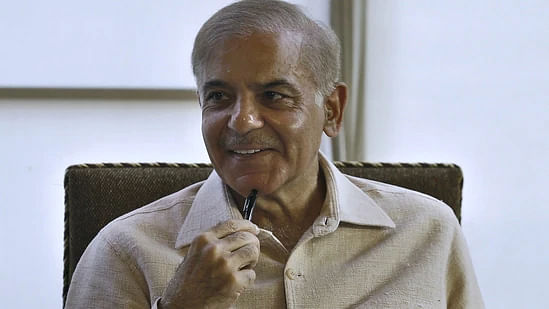