The protesters also damaged vehicles belonging to the Prime Minister.

After storming into Sri Lankan President Gotabaya Rajapaksa's house, angry protesters on Saturday evening broke into the private residence of Prime Minister Ranil Wickremesinghe and set it on fire. This comes amid an unprecedented economic crisis that has brought the country to its knees.

"Protesters have broken into the private residence of Prime Minister Ranil Wickremesinghe and have set it on fire," said the Lankan Prime Minister's Office.

The protesters also damaged vehicles belonging to the Prime Minister.

This came only hours after the Prime Minister offered to resign and form an all-party government.

His office said that Wickremesinghe, 73, will continue as Prime Minister until then.

Wickremesinghe told Opposition party leaders that he was taking the decision to step down as the island-wide fuel distribution is due to recommence this week, the World Food Programme Director is due to visit the country this week and the debt sustainability report for the International Monetary Fund is due to be finalised shortly.

So as to ensure the safety of the citizens, Wickremesinghe said he is agreeable to this recommendation by the Opposition party leaders.

Earlier today, thousands of protesters broke through police barricades in Colombo and barged into the President Gotabaya Rajapaksa's official residence.

Protesters who climbed the walls of the President's House are now occupying it without damaging any property or indulging in acts of violence.

Some video clips showed scores of people taking a dip in the presidential palace pool. 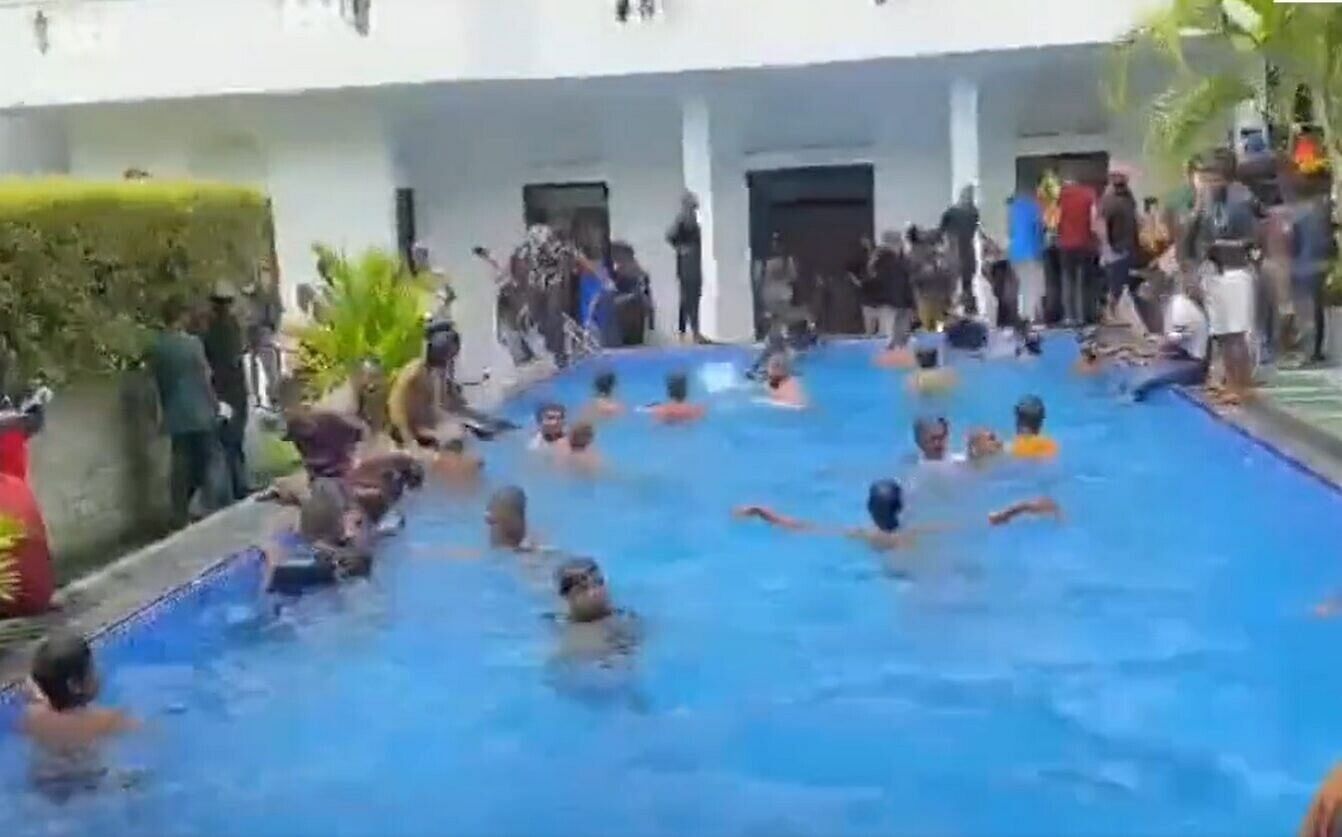