Calling Russia a "terrorist state," Zelensky said, "You are weaklings who fight civilians. Scoundrels who, having escaped from the battlefield, are trying to do harm from somewhere far away"

After a week that saw Russia's positions in the Kharkiv oblast in Northeastern Ukraine completely collapse and revert to Ukrainian control, Russia seems to be intent on sending a message to Kyiv: overnight, Russian missiles struck a dam in the city of Kryvyi Rih, leading to a dangerous situation as the reservoir began leaking water into the town, according to Ukrainian officials.

No one was killed in the strike.

The city's mayor, Oleksandr Vilkul, said said that residents in some areas that were flooded were told to evacuate their homes. However, he added that the situation was under control. 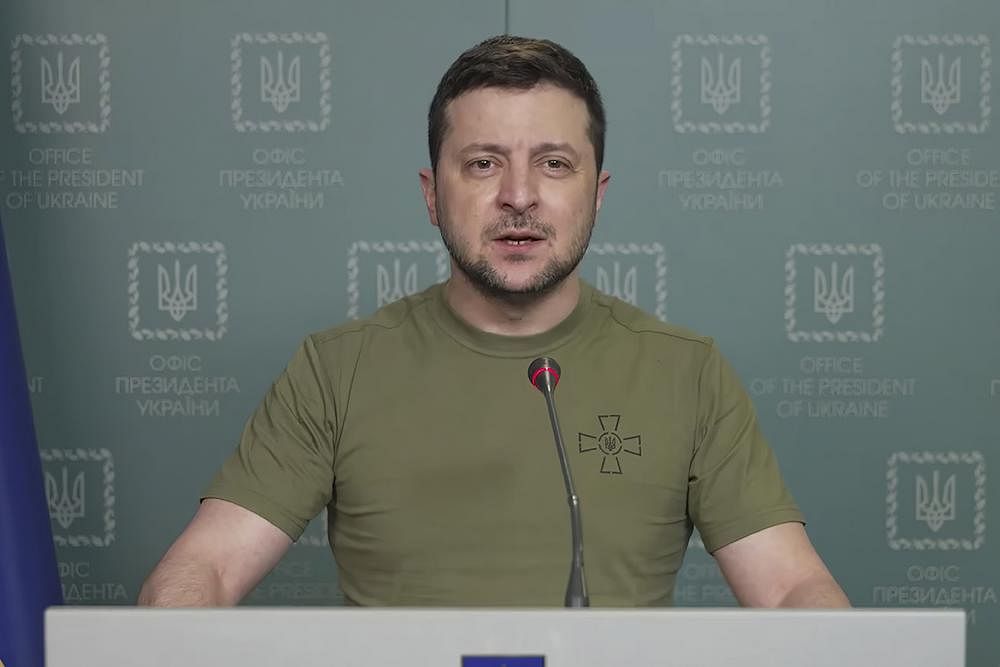 Vilkul informed that two controlled explosions were carried out by Ukrainian authorities to divert the flow of water from the reservoir. He added that water supplies to the city had been disrupted to the attack.

Incidentally, the city is the birthplace of Ukrainian President Volodymyr Zelensky, who saw it as a revenge attack for Russia's battlefield reversals, pointing out that the dam held no military/strategic value.

Zelensky said the strikes appeared to be an attempt to flood the city and that a dam on a reservoir was hit. Video posted online showed elevated water levels on the Inhulets and flooded city streets, and evacuations of residents were suggested.

Calling Russia a "terrorist state," Zelensky said, "You are weaklings who fight civilians. Scoundrels who, having escaped from the battlefield, are trying to do harm from somewhere far away."

Earlier, Russia had carried out a series of attacks on Ukraine's power infrastructure, leading to blackouts affecting millions.