The visit, which caps off Harris' 4-day trip to East Asia, includes a stop at the heavily fortified Demilitarized Zone dividing the Korean Peninsula as she attempts to demonstrate US commitment to the security of its Asian allies

U.S. Vice President Kamala Harris, left, and South Korea's President Yoon Suk Yeol pose for a photo as they hold a bilateral meeting in Seoul on Thursday, September 29, 2022 | AP
Follow us on

The visit, which caps off Harris' 4-day trip to East Asia, includes a stop at the heavily fortified Demilitarized Zone dividing the Korean Peninsula as she attempts to demonstrate US commitment to the security of its Asian allies.

Aside from multiple missile tests in recent days, South Korean intelligence officials warned earlier this week that they had detected increased and unusual activity at North Korea's Punggye-ri Nuclear Test Site, indicating that Pyongyang may be preparing a new nuclear test. 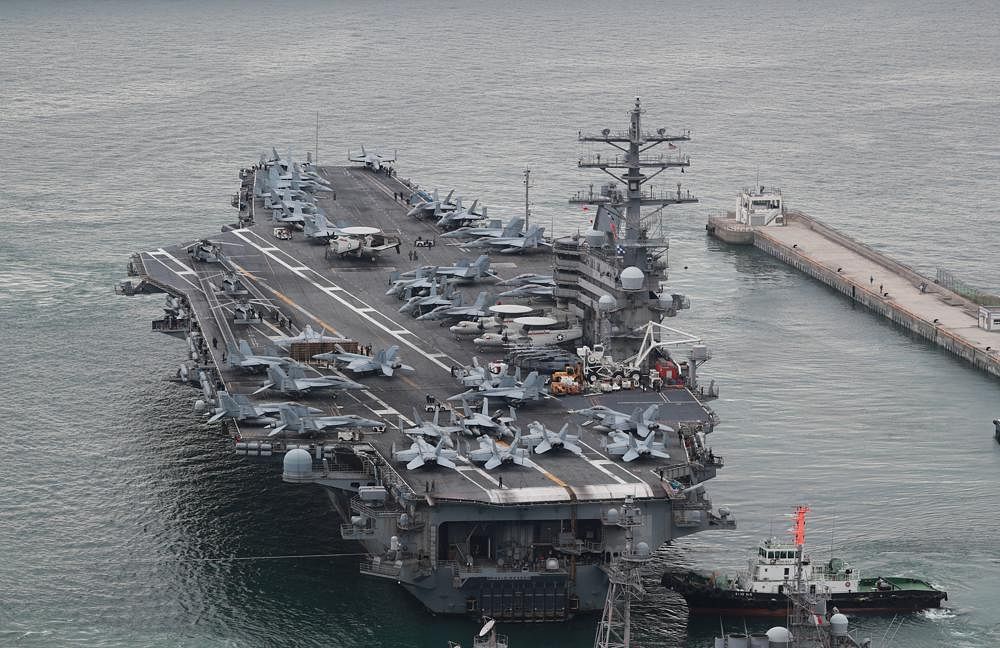 North Korea has conducted a total of six nuclear tests so far, including the testing of what many analysts believe was a thermonuclear or 'hydrogen' bomb.

Before going to the DMZ, Harris met with South Korean President Yoon Suk Yeol at his office in Seoul and praised the alliance between the countries as a “linchpin of security and prosperity.”

Yoon, a conservative who took office in May, called her visit “another turning point” in strengthening ties.

North Korea fired two short-range ballistic missiles on Wednesday, while Harris was in Japan, and had fired one before she left Washington on Sunday. The launches contribute to a record level of missile testing this year.

This week's launches - the earlier one was on Sunday before the naval drills began - are the first since early June, but North Korea has test launched more than 30 weapons so far this year, more than in any other single year.

South Korean authorities said that Wednesday's missiles were launched between 18:10 and 18:20 local time, and flew 360km, reaching an altitude of 30km. Japan's coast guard also picked up the launch.

Experts believe the launches are in retaliation to the joint naval drills as Washington and Seoul bolster their defence of South Korea - the four day joint drills are the first involving a US aircraft carrier to be held since 2017.