Joe Biden with Salman, now the Saudi king, in 2011. ‘The Saudi-US relationship is in the throes of a crisis,’ one critic wrote. | AP

President Joe Biden is leaning towards making a visit to Saudi Arabia — a trip that would likely bring him face-to-face with the Saudi crown prince he once shunned as a killer.

The White House is weighing a visit to Saudi Arabia that would also include a meeting of the leaders of the Gulf Cooperation Council countries (Bahrain, Kuwait, Oman, Qatar, Saudi Arabia and United Arab Emirates) as well as Egypt, Iraq and Jordan, according to a person familiar with White House planning.

The person spoke on the condition of anonymity to discuss the yet-to-be finalized plans.

It comes at a moment when overriding U.S. strategic interests in oil and security have pushed the administration to rethink the arms-length stance that Biden pledged to take with the Saudis as a candidate for the White House.

Any meeting between Biden and de facto Saudi ruler Prince Mohammed bin Salman during a Biden visit to the Middle East could offer hope of some relief for U.S. gasoline consumers, who are wincing as a squeaky-tight global oil supply drives up prices.

Oil dropped below $113.50 a barrel for the first time in weeks following reports that Biden is likely to visit Saudi Arabia this month and that the kingdom is ready to pump more crude should Russian output decline substantially due to increasing sanctions over its invasion of Ukraine.

Crown Prince Mohammed, who is preparing to succeed his father, seeks to rehabilitate his reputation with the United States and other countries around the world after the killing of journalist Jamal Khashoggi at the Saudi Consulate in Istanbul in 2018. Prince Mohammed has become persona non grata in the United States; he has no ties in Congress and has yet to speak with Biden since the 46th president took office.

Biden once vowed to make Saudi Arabia a "pariah" and relations have been strained over a number of issues, including the kingdom's human rights record and the murder of Washington Post columnist Jamal Khashoggi.

The White House declined to comment. A State Department spokesman said it has "no official travel to announce at this time."

The Saudi embassy in Washington did not immediately respond to a request for comment.

Increasing oil production has been a longstanding request by the Biden administration to the Saudi government. But the Saudis so far have not shown openness to it.

In early April this year, as Biden moved to open US strategic oil reserves, his two biggest oil-producing allies kept their tanks firmly shut. The UAE and Saudi Arabia continued to rebuff the US president as he attempted to counter soaring oil prices prompted by Russia’s invasion of Ukraine.

The Saudi and Emirati refusal to bail Biden out – or even to take his calls – had pushed relations between the Gulf states and Washington to an unprecedented low. The extraordinary flow of Russian wealth to Dubai, just as the US and Europe try to strangle Putin’s economy, inflamed things further.

Biden needs Saudi Arabia to increase oil production in order to try to bring gas prices down ahead of the midterm elections.

The U.S. also wants increased production from Saudi Arabia in order to be able to push for a wide range of sanctions on Russian oil amid the ongoing war in Ukraine. 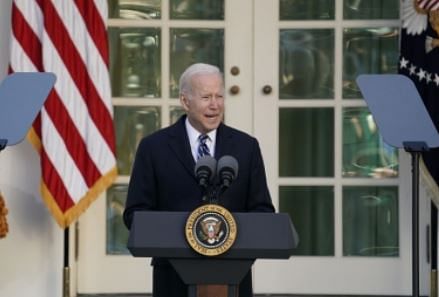