Advertisement
Home / World / US, India to hold '2+2' talks in April as US seeks to undercut India - Russia ties

US, India to hold '2+2' talks in April as US seeks to undercut India - Russia ties

The U.S. and India are looking to hold a "two-plus-two" meeting of diplomatic and defense chiefs for early April, as Washington aims to bolster defense ties with New Delhi while chipping away at its close relationship with Russia.

Amidst the backdrop of the ongoing Russian invasion of Ukraine, Defence Minister Rajnath Singh and External Affairs Minister Dr. S. Jaishankar will meet their US counterparts Secretary of Defence Lloyd Austin and Secretary of State Antony Blinken around April 11 to further cement defence and political ties as well as exchange notes on Ukraine and Indo-Pacific theatres of concern.

Russia is seeking new markets for its oil exports as Western sanctions tighten - and India has been taking advantage of discounted prices to ramp up imports from the country.

The US has said that although these oil imports do not violate sanctions, "support for Russia...is support for an invasion that obviously is having a devastating impact".

While India has noted with concern public statements from the US about New Delhi being “shaky” and “wrong side of history”, the stand of the Narendra Modi government is quite unambiguous on Ukraine as it has called for the complete cessation of violence, resolution of differences through dialogue and for the territorial integrity of nation-states.

A senior White House official says India’s position at the United Nations over the crisis in Ukraine has been “unsatisfactory” but was also “unsurprising” given its historical relationship with Russia.

“I think we would certainly all acknowledge and agree that when it comes to votes at the UN, India’s position on the current crisis has been unsatisfactory, to say the least. But it’s also been totally unsurprising,” she said on Friday.

For its part, New Delhi has said that India has friendly relations with both the United States and Russia that stand on their own merit, the foreign ministry told parliament on Thursday, in reply to a query whether the Ukraine war had affected ties.

Over the past decade, India has grown closer to the United States in the face of a resurgent China across the border, but Russia remains its biggest arms supplier.

India is the only major country close to the United States that not to have condemned Russia's invasion of Ukraine or imposed any sanctions on it.

New Delhi also remembers the silence from EU countries particularly Germany in criticizing China for PLA’s unilateral transgression on East Ladakh LAC in May 2020. The same EU countries are still buying oil and gas from Russia, while simultaneously criticising India over the Ukraine war.

During the two plus two dialogue, US Secretary of State Antony Blinken and Defence Secretary Llyod Austin are expected to share the American assessment of the Ukraine war, which is now dragging along with Russian forces losing steam and Moscow redefining war objectives.

The two sides will also share assessments on the Indo-Pacific with the Chinese Navy growing by the day and PLA dragging its feet on restoring peace and tranquillity on the East Ladakh LAC. The fact is that the PLA is still fully deployed in the occupied Aksai Chin area with heavy weaponry and long-range missiles along its depth areas in Xinjiang and Tibet.

India needs both US and Russia on its side to help manage its fraught relationship with China. Last year, the two neighbours faced off against each other along their disputed border in the Himalayan region. 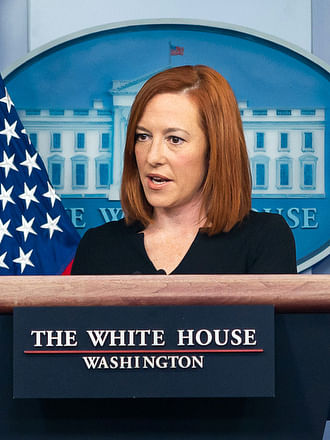 Watch video: US official says India could be on 'wrong side of history' for buying discounted...