The UN called the debate to discuss Russia's declared annexation of four partly occupied Ukrainian regions, but the debate was overshadowed by strikes in Kyiv and other cities in one of the most punishing assaults on Ukraine in months.

The UN called the debate to discuss Russia's declared annexation of four partly occupied Ukrainian regions, but the debate was overshadowed by strikes in Kyiv and other cities in one of the most punishing assaults on Ukraine in months.

"Russia has proven once again that this is a terrorist state that must be deterred in the strongest possible ways," said Sergiy Kyslytsya, Ukraine's ambassador to the UN in his opening remarks, adding his own immediate family had come under attack.

"Unfortunately, you can hardly call for a stable and sane peace as long as an unstable and insane dictatorship exists in your vicinity," he added, telling member states at least 14 people were killed and 97 wounded in the attacks.

Responding, Vasily Nebenzya of Russia did not directly address the missile strikes but defended his country's annexation of Ukrainian regions.

"We are being accused when we are trying to protect our brothers and sisters in eastern Ukraine, their right to life first and foremost, the right to speak the language, to teach their children their language, to honour the heroes who liberated their lands from fascism."

Ahead of the General Assembly session, and with tensions at a boiling point, UN chief Antonio Guterres described Russia's attacks as an "unacceptable escalation of the war," his spokesman said. The decision to bring the annexation matter before the General Assembly, where the 193 UN members have one vote each -- and no one wields veto power -- was taken after Russia used its veto in a Security Council meeting on September 30 to block a similar proposal.

The vote is expected no sooner than Wednesday.

Olof Skoog, who, as EU ambassador to the world body, drafted the text in cooperation with Ukraine and other countries, told reporters a failure by the General Assembly to act would give "carte blanche to other countries to do likewise or to give recognition to what Russia has done."

The resolution condemns Russia's "attempted illegal annexations" of the Ukrainian regions of Donetsk, Luhansk, Zaporizhzhia and Kherson following "so-called referendums," and it stresses these actions have "no validity under international law."

It calls on all states, international organizations and agencies not to recognize the annexations, and demands the immediate withdrawal of Russian troops from Ukraine.

In response to the resolution, Russia had written to all member states in a letter attacking "Western delegations" whose actions "have nothing to do with the protection of international law and the principles of the UN Charter."

Nebenzya said that given the circumstances, the General Assembly should vote by secret ballot -- a highly unusual procedure normally reserved for matters like electing the rotating members of the Security Council.

'A bit of desperation'

But Albania tabled a resolution against a secret ballot, winning with 107 votes in favor, 13 against, and 39 abstentions.

Guterres himself has bluntly denounced the annexations as being "against everything the international community is meant to stand for," he said.

"It has no place in the modern world. It must not be accepted."

Some developing countries have complained the West is devoting all its attention to Ukraine, and others might be tempted to join them this week.

The vote will provide a clear picture of exactly how isolated Russia has become. Given the high stakes, backers of the draft are going all out to win over potential abstentionists.

On Monday, Ukrainian diplomat Dmytro Kuleba issued a plea to African nations, telling them: "Neutrality will only encourage Russia to continue its aggression and malign activities across the world, including in Africa." 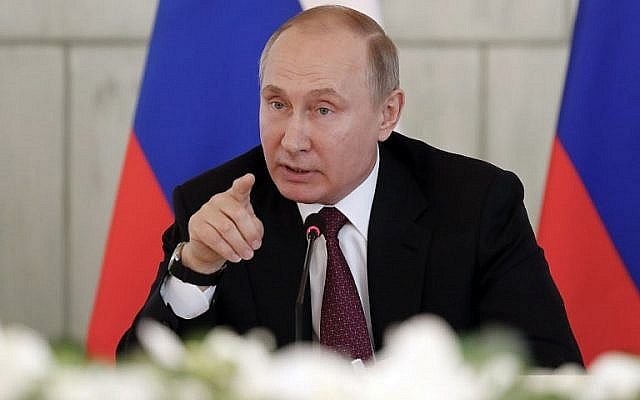