Preet Chandi, a British-born Indian Sikh female, made it to the pages of history by bragging the title of the first "woman of colour" to complete a solo expedition to the South Pole.

Having named herself "Polar Preet" on Instagram, the trekker said in an audio blog after reaching: "I made it to the South Pole where it is snowing." "Feeling so many emotions right now... it feels so surreal to finally be here," the 32-year-old, who has adopted the moniker "Polar Preet", added.

Ms Chandi's adventure began in November 2021, when she embarked on her journey unsupported from Antarctica's Hercules Inlet, CNN reported. She spent the next few weeks skiing solo across Antarctica and announced on January 3 that she had completed the 1126 km trek in 40 days.

Take a look at some pictures that she has been posting to give updates on her solo trip:

A day ago, she wrote on her Day 39 of the trip, "It definitely feels colder in the last degree where I’m at higher altitude. I haven’t seen anyone here in the last degree and now I’m 15 nautical miles from the south pole. I cant believe I’m almost there."

On day 36, in her post she sought best wishes from her followers, she captioned the post: "I had a long day, just under 20 hours. Its 24 hour daylight but it suddenly gets a lot colder when there’s cloud cover or a whiteout which is what I had for a few hours." To add, "Ok, wish me luck for the last degree. That’s all for tonight."

On day 23, she took to share a glimpse of her stay on ice.

Two weeks since her trip began, she took to pose in her cosy warm clothing and wrote, "So I had a good day today, made it to 83 degrees south which is awesome. Just 7 degrees to go."

As she completed a week of her solo trip, getting close to her goal, she posted on Instagram, "Hi Everyone, I can't believe I have been out here for a whole week. This is definitely the longest I have ever been alone and not seen anyone else. I skied for 11 hours today which is the furthest I’ve done so far. I wont be going for longer than this as I still need to find time for my tent admin, melting snow, eating my food and of course sleeping." Later she added, "Visibility was good again today and once I’d taken a bearing on my compass I was able to use my shadow for navigation."

How and why did it all begin? Day 1 post said it all. "I’ll be dedicating each blog to someone and this one goes out to my Baba Ji (my Grandad), who lived an incredible long life up to the age of 99," she wrote while sharing the click being on ice. 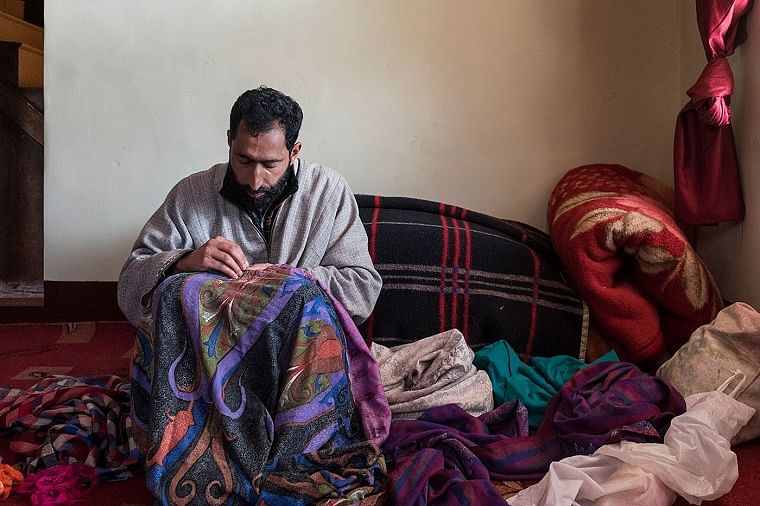