Once again Musk seems unwilling to moderate himself, and has done so at the expense of a top Twitter executive

Twitter’s policy and legal head Vijaya Gadde is facing criticism from new owner Elon Musk and harassment from Twitter users while trying to shepherd Twitter’s moderation team into a new era. Politico reported yesterday on a team meeting where Gadde acknowledged (in the article’s words) “significant uncertainties” about the future of Twitter under Musk.

Musk then replied to a tweet from conservative journalist Saagar Enjeti criticizing Gadde. Enjeti had linked to a screenshot of the story, calling Gadde Twitter’s “top censorship advocate” and claiming she “censored the Hunter Biden laptop story” by temporarily and confusingly banning links to a New York Post story about President Joe Biden’s son.

“Suspending the Twitter account of a major news organization for publishing a truthful story was obviously incredibly inappropriate,” Musk tweeted in response. Musk had previously indicated he will push for a version of Twitter with lighter moderation, a move that could involve scaling back a decade of gradual change under Gadde.

The Post story referenced by Enjeti had alleged that Biden, son of then-presidential candidate Joe Biden, had improper connections to an executive at a Ukrainian energy firm. Twitter later reversed the move, but not before it was accused of censoring information that could have hurt a Democratic candidate.

Musk's remark was followed by a barrage of negative comments from Twitter users. Some used expletives or racist slurs referring to Gadde's Indian heritage, including words like "curry," and references to India's caste system.

Others used expletives or derogatory language and blamed her for having "destroyed countless @Twitter accounts for speaking the truth." Some called for her to be fired or suggested she should leave on her own. Some of the abusive tweets were later removed for violating Twitter rules.

On Wednesday, Musk posted an additional tweet with a meme about Twitter's "left wing bias." It featured Gadde's face and drew a rebuke from former Twitter Chief Executive Officer Dick Costolo, who asked why Musk was "making an executive at the company you just bought the target of harassment and threats."

India-born Vijaya Gadde is the Legal, Public Policy & Trust and Safety Lead at Twitter. Gadde is an alumna of Cornell University (1993-97), where she pursued her BS in Industrial and Labour Relations, after which she enrolled in New York University’s School of Law (1997-2000).

She joined the law firm, Wilson Sonsini Goodrich & Rosati, as an associate in 2000 and remained there till 2007. After that Gadde joined Juniper Networks as Senior Director and Associate General Counsel, Corporate.

Gadde joined Twitter in 2011 as Director, Legal. She was subsequently appointed as the General Counsel in 2013. Gadde is also the founding partner of investment collective Angels, formed in 2015.

The executive, who has been facing severe criticism for her Twitter leadership, has also been criticised for being pivotal in the removal of Donald Trump from the platform.

Musk may have already broken a key provision of the deal he made with Twitter. One day after Twitter disclosed the terms of its deal with Musk, the Tesla CEO is already raising questions about his willingness to adhere to a non-disparagement clause.

According to an SEC filing shared by twitter on Tuesday, Musk is “permitted to issue Tweets about the Merger or the transactions contemplated hereby so long as such Tweets do not disparage the Company or any of its Representatives.” In other words, Musk can tweet about the deal all he wants, but he can’t denigrate Twitter or its employees.

But once again Musk seems unwilling to moderate himself, and has done so at the expense of a top Twitter executive.

Gadde is the key executive charged with overseeing Twitter’s trust and safety, legal and public policy functions. She is seen internally as Twitter’s “moral authority” and the executive tasked with handling sensitive issues like harassment and dangerous speech.

She has shepherded Twitter through some of its most contentious political battles, including the decisions to remove all political advertising and to boot former President Donald Trump from the platform in the wake of the Jan. 6 attack on Capitol Hill — a position that has earned her devoted fans within Twitter, as well as a large contingent of right-wing critics. 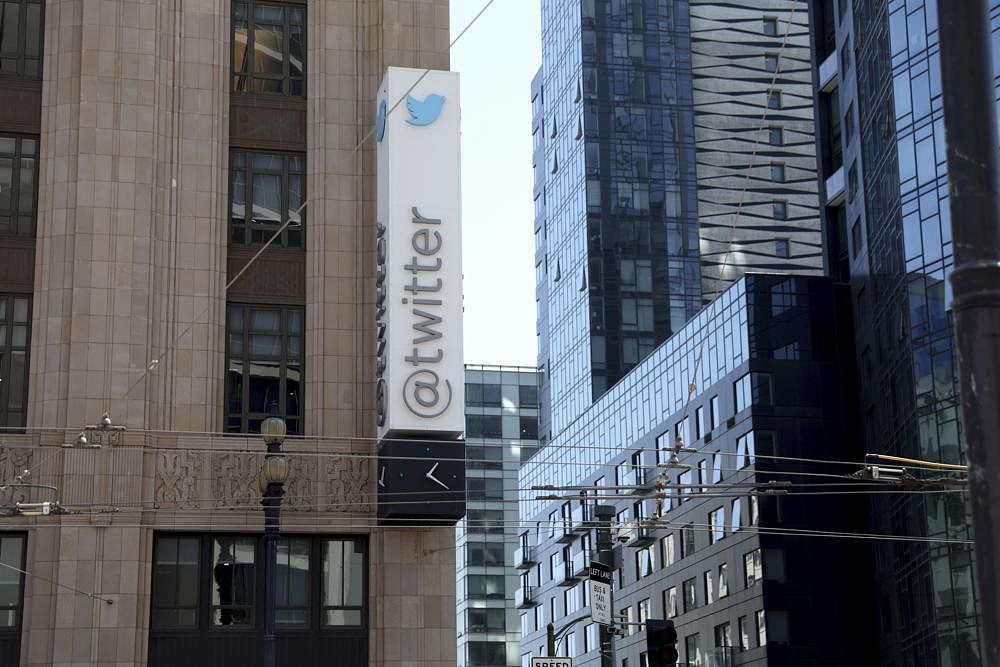