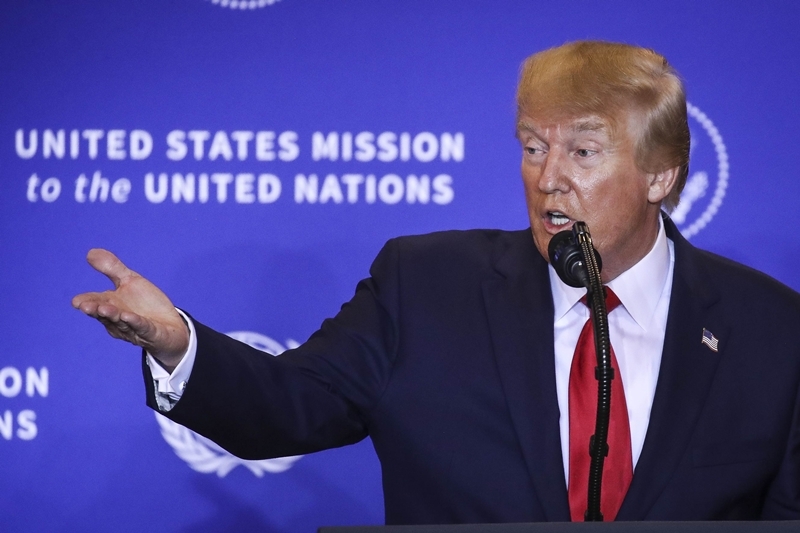 During a Thursday podcast interview, Clinton said Russia had groomed Stein to be a spoiler third-party candidate in 2016 and implied that the Kremlin is doing the same with Gabbard in order to take votes away from the 2020 Democratic ticket and secure Trump's reelection.

"Hillary's gone Crazy! Trump said in a tweet on Saturday night. "So now Crooked Hillary is at it again! She is calling Congresswoman Tulsi Gabbard 'a Russian favorite', and Jill Stein 'a Russian asset'. As you may have heard, I was called a big Russia lover also (actually, I do like Russian people. I like all people!), Trump said.

Gabbard, 38, the first Hindu member of the US Congress, declared her presidential bid last year. She is a favourite among Indian-Americans. Gabbard, who is a fourth-term Democratic Congresswoman from Hawaii, fired back at Clinton.

"Great! Thank you @HillaryClinton. You, the queen of warmongers, embodiment of corruption, and personification of the rot that has sickened the Democratic Party for so long, have finally come out from behind the curtain," she tweeted.