Taliban 'upset and enraged' as US troops dissemble helicopters before leaving Kabul: Report

Taliban fighters are feeling angry and betrayed Wednesday after discovering that Afghan National Army helicopters abandoned at Kabul’s airport have been rendered inoperable by departing U.S. troops, according to a report.

The US military said it disabled 73 aircraft and 27 Humvees before leaving Kabul. The Taliban is only left now with 48 aircraft, though no information is available on how many of these are operational.

An Al Jazeera reporter who toured a hangar on the military side of the airport said in a video that the terrorist group "expected the Americans to leave helicopters like this in one piece for their use."

“We believe it is a national asset and we are the government now and this could have come to great use for us,” the report added.

A U.S. Department of Defense spokesperson told Fox News on Wednesday that "we disabled/demilitarized that equipment at Hamid Karzai International Airport prior to our departure."

The Taliban are hoping to have the commercial side of the airport operational within days which could allow Afghans to fly out of the country on Visas. Taliban spokesman Zabihullah Mujahid on Wednesday said that their technical teams are “repairing and cleaning” the airport and had advised people not to loiter around the area for the time being.

Along with the aircraft, the US left up to 200 civilians, 70 Mine Resistant Ambush Protected vehicles and 27 Humvees in Afghanistan. 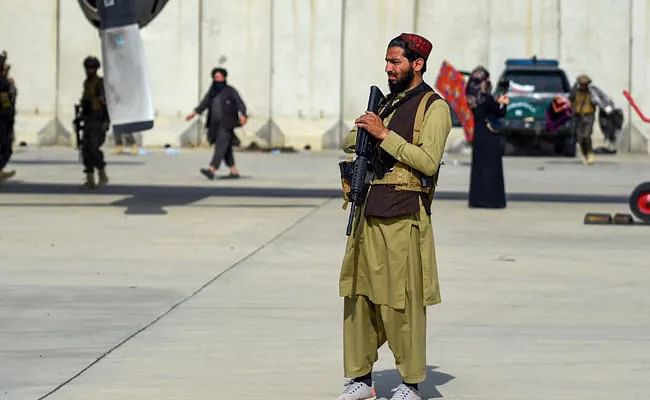