Swastika Row: Who is Simran Tatuskar and why did she apologise?

Swastika Row: Who is Simran Tatuskar and why did she apologise? | Instagram/SimranTatuskar

A Hindu student in the United States found herself on the wrong side of backlash after she reportedly wanted to present the 'Swastika' as a peaceful symbol and include it in the school's curriculum.

Simran Tatuskar is the Student Union President at Brandeis University in Waltham, Massachusetts. The 21-year-old faced a tremendous amount of flak for her move to include the 'Swastika' and had to issue an apology for the same.

StopAntisemitism.org, who claims to expose antisemitism, said that by trying to introduce 'Swastika' in the school syllabus, she was trying to normalise the "largest symbol of hate in America".

".@BrandeisU Student Union President, Simran Tatuskar, wants to re-invent the swastika's reputation in the school's curriculum and present it as a peaceful symbol. And nope, she's NOT Jewish. But she IS trying to normalize the largest symbol of hate in America," they wrote.

"In Nazi Germany, one of the first thing antisemites did was erase the history and persecution of the Jews, minimize their struggles and appropriate their beings. By normalizing the swastika, this is repeating that vicious cycle," their follow-up tweet read.

However, there were some who rallied behind Simran Tatuskar and said that the Hindu Swastika isn't the same as the Nazi Hakenkreuz.

Congress' Abhishek Sanghvi wrote, "#Hindu #Swastika isn't the same as the #Nazi #hakenkreuz. Hindus, #Buddhists, #Jains use Swastik as symbol of peace &prosperity. #Nazis misused the symbol. This is the same as demonizing any other religion for misuse of its tenets and should be discouraged & condemned."

Meanwhile, Simran Tatuskar issued an apology on Thursday. "I would like to clarify my original statement because I regret the misunderstandings that it has caused, and this is an issue for me and my community," she said in a post on Instagram.

She added that the 'Nazi swastika' represents the horrors of the Holocaust. However, she said, "As someone who is not Jewish, I know I cannot fully understand the Jewish experience and feelings my post evoked, but I never wanted to harm anyone." 'When I included both symbols in my original post, I wanted to show the visual differences of the left-facing hooked cross Nazi swastika and the right-facing Hindu/Buddhist/Jain swastika for those who were unaware of the difference," she wrote.

Meanwhile, the New York State Assembly Bill regarding the incorporation of "symbols of hate, including the swastika and the noose, into the curriculum for grades six through twelve" has been stalled and will not be brought up by the Assembly Committee on Education.

According to Hindu American Foundation (HAF), the bill defines 'Swastika' as a symbol of Nazi Germany, however, it fails to explain the historical origins and its use today as a symbol in various religions such as Hinduism, Sikhism, Jainism, and Buddhism.

Tatuskar was born in Virginia and has since lived in 22 cities worldwide due to her father’s career, which required her family to move regularly, read a piece on the university website.

“I do tend to find a home in people rather than places, it’s the nature of my background and who I am,” she said. “I don’t find a strong sense of identity from a place, it stems more from the people around me and those in my life,” she added.

The 21-year-old claims she is a travel freak and her Instagram account bears testimony to her wanderlust.

I don’t always roll a joint, but when I do it’s my ankle 💁🏻‍♀️ (try walking in a park on a sprained ankle — not fun)

This entire country is unBELIZEable 🇧🇿 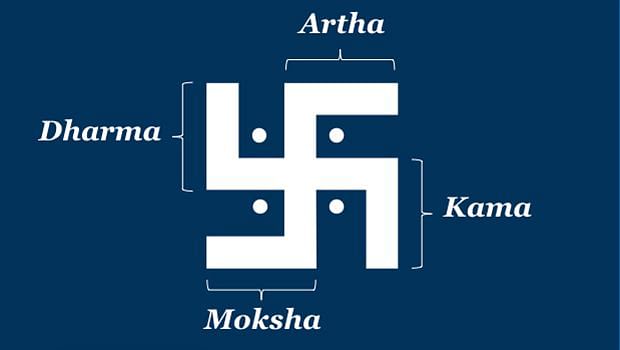 HomeWorldSwastika Row: Who is Simran Tatuskar and why did she apologise?