New demonstrations were staged on Thursday in the capital city to demand that the authority be handed over to a civilian government.
IANS 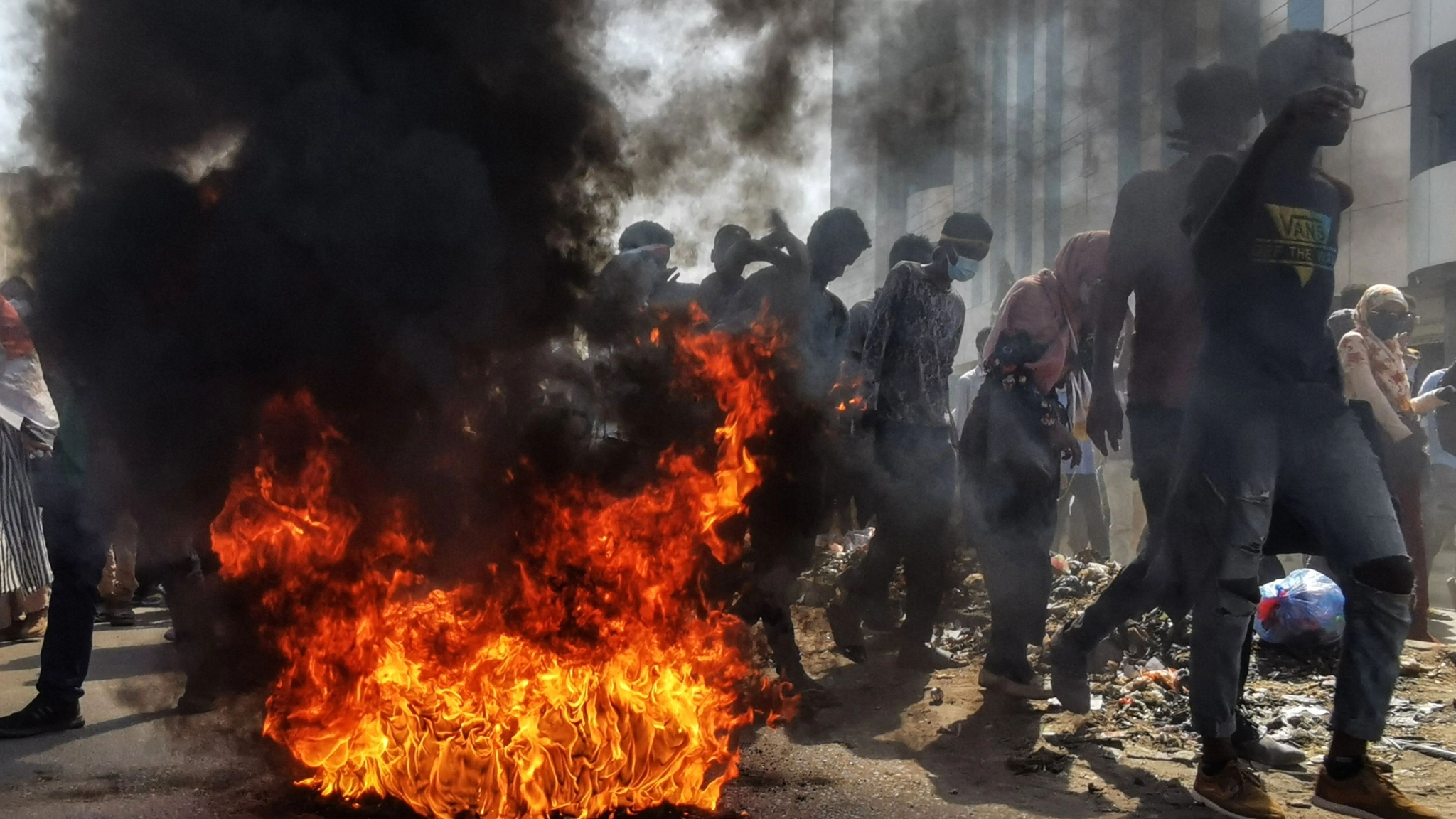 Sudanese protesters rallying against the military, walk past burning tyres in the capital Khartoum, on January 6, 2022. | (Photo by AFP)

Khartoum: Sudanese police announced on Friday that two protesters were killed and 54 security personnel injured in demonstrations in the capital Khartoum that took place a day ago.

Sixty suspects were arrested during the protests and legal measures were taken against them, the police said in a statement, which blamed the protesters of committing violence against the security forces, reports Xinhua news agency. 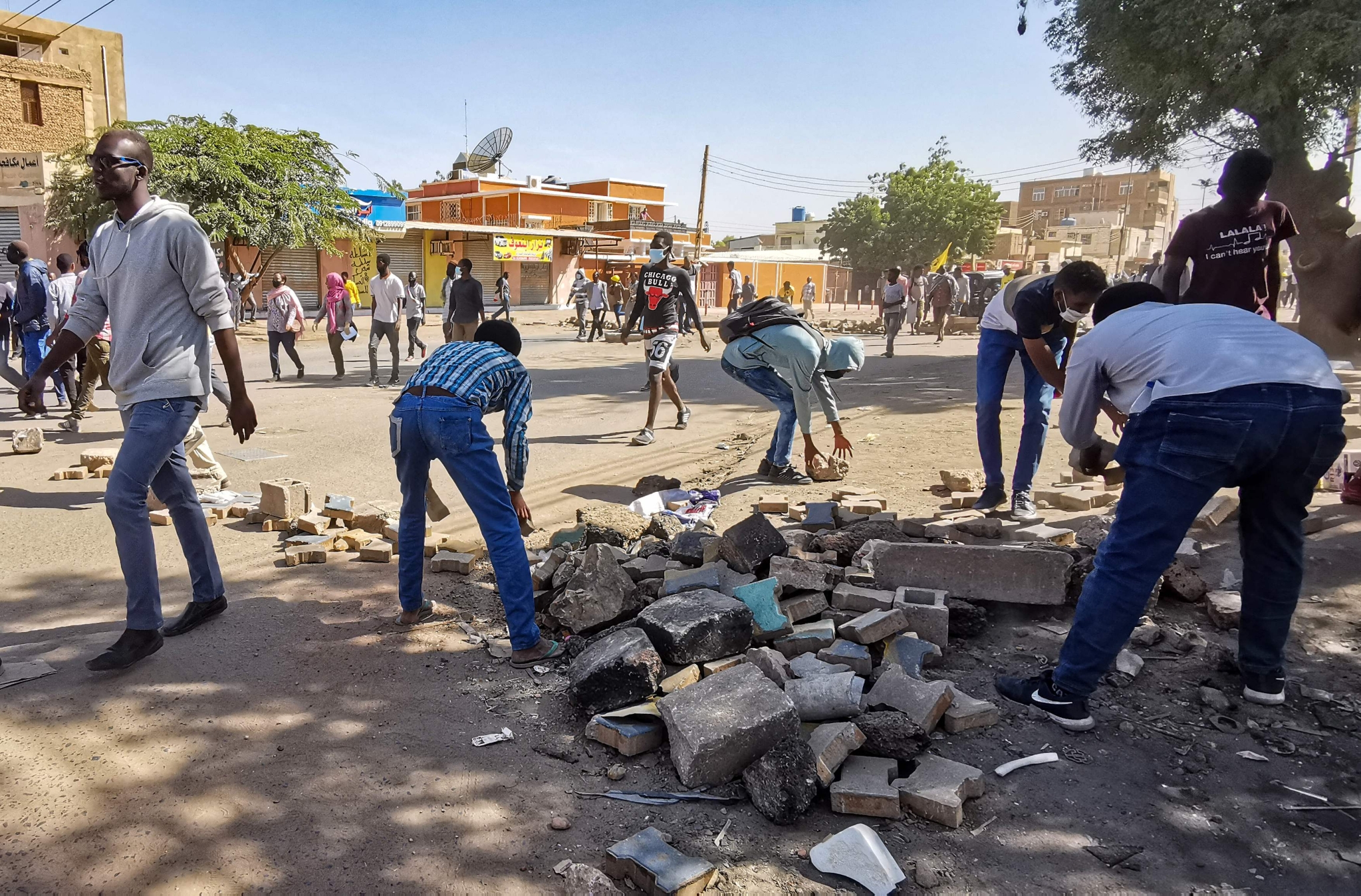 New demonstrations were staged on Thursday in the capital city to demand that the authority be handed over to a civilian government.

The protesters attempted to reach the presidential palace, but the security forces used tear gas to disperse them, witnesses said. 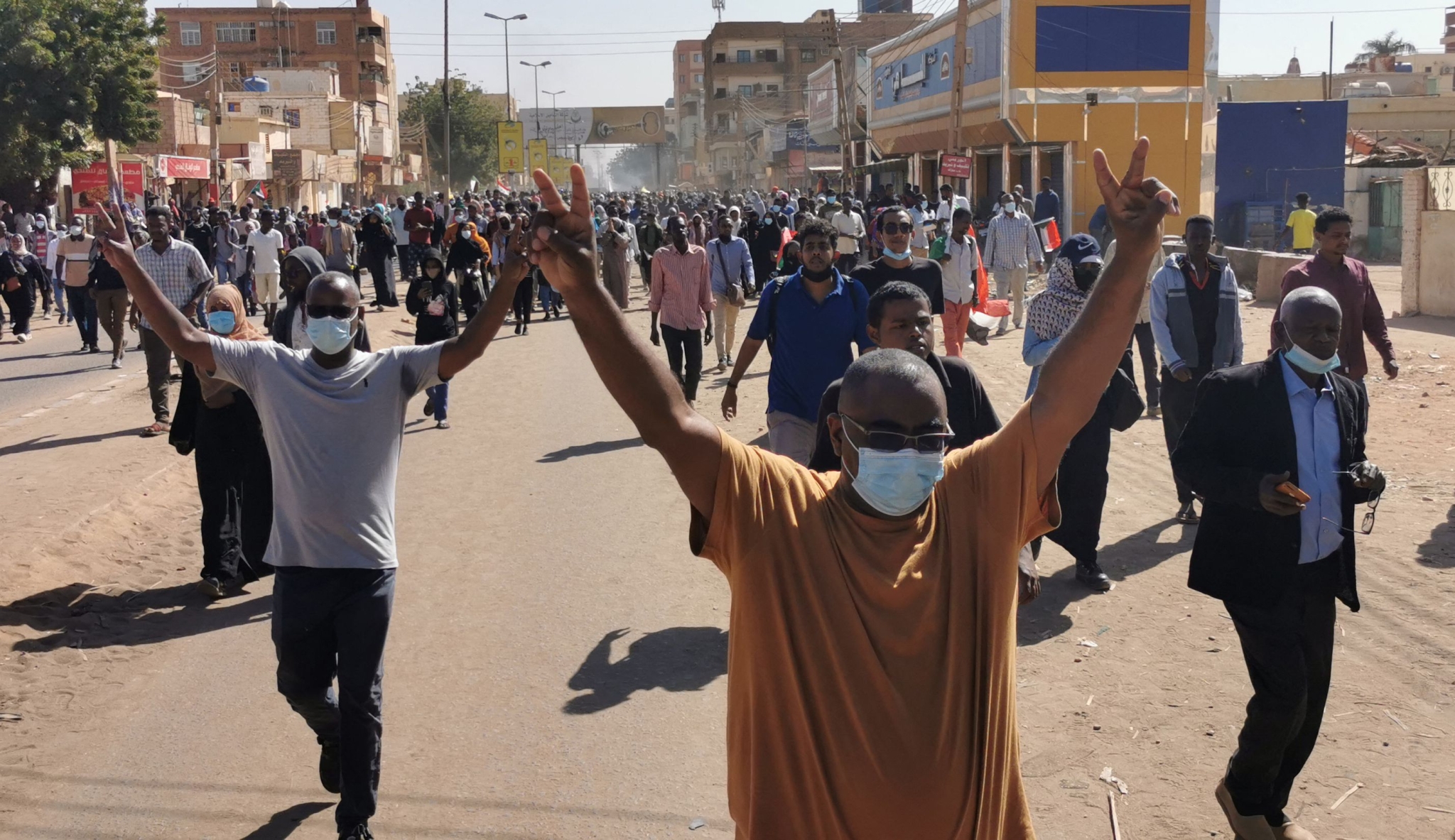 Earlier in the day, communications and internet services on mobile phones were disrupted in Khartoum ahead of the planned protests.

The security authorities closed major roads in central Khartoum and deployed military forces around the army's general command headquarters and the presidential palace.

They also announced the closure of bridges linking the three major cities of Khartoum, Omdurman and Bahri ahead of the demonstrations, but Al-Halfaya and Suba bridges were open to traffic. 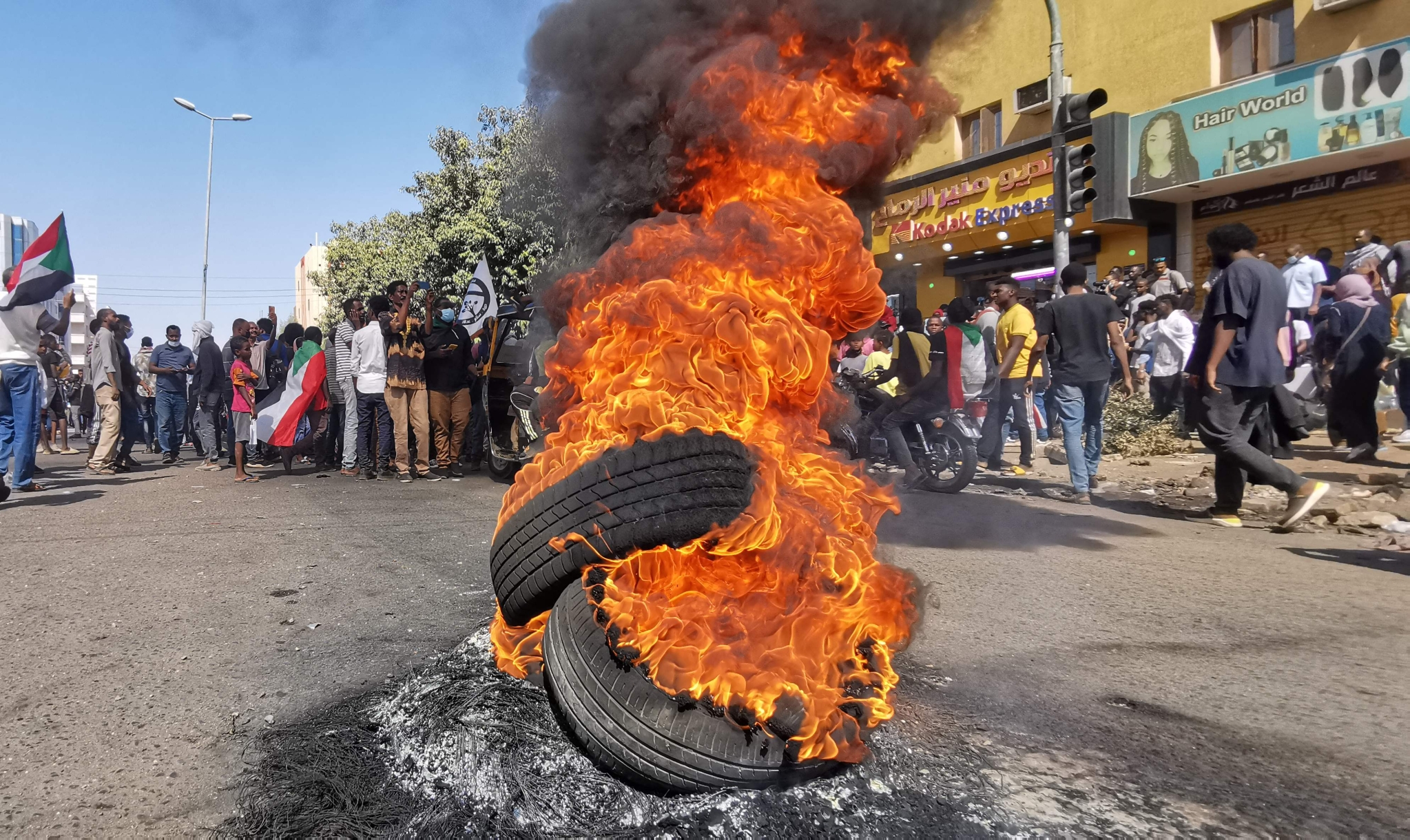 On January 2, Sudanese Prime Minister Abdalla Hamdok announced his resignation amid waves of protests in recent weeks in the country.

Sudan has been suffering a political crisis after the general commander of the Sudanese Armed Forces Abdel Fattah Al-Burhan declared a state of emergency on October 25, 2021 and dissolved the Sovereign Council and the government.