Success of multilateralism depends on success of General Assembly: India at UN 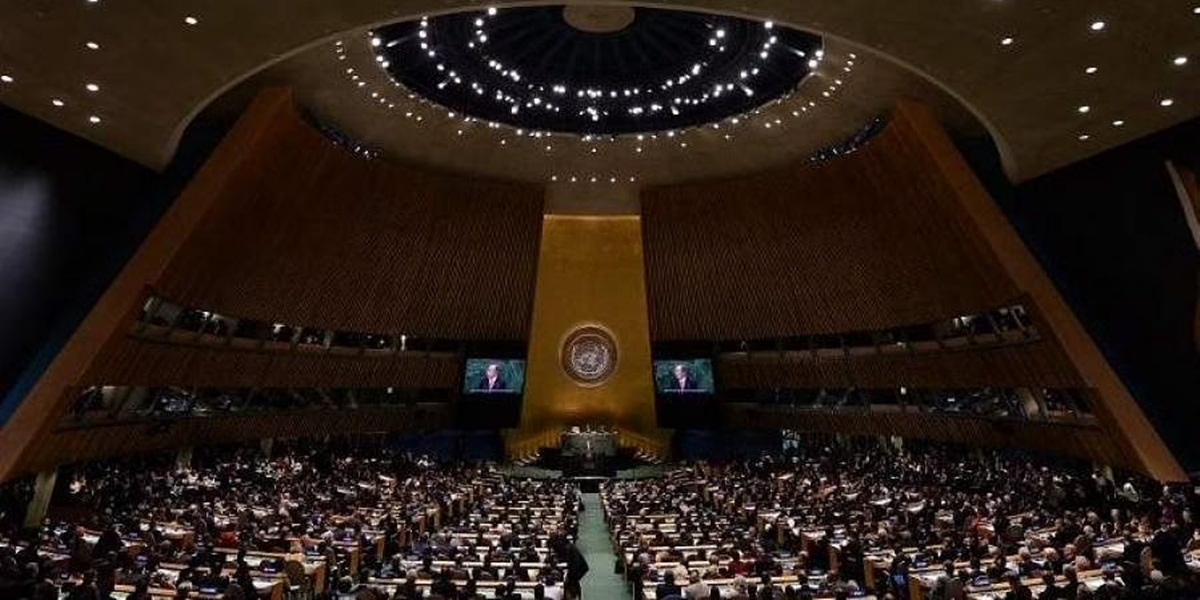 New York [US]: India on Monday (local time) said that the success of multilateralism principally depends on the success of the General Assembly as the world is facing challenges related to sustainable development, security, migration, health and climate change.

Minister in India's Permanent Mission to the UN Deepak Misra in a statement issued by General Assembly of the United Nations (UNGA) said: "The efficacy, relevance and durability of any institution lie in its dynamic character and its willingness to adapt itself to the changing times so that it does not only uphold the time-tested values but also addresses the emerging challenges of the day. The challenges confronting the world related to sustainable development, security, migration, health, climate change, etc cannot be addressed in isolation." "Let us take this opportunity to renew our resolve to strengthen the role of General Assembly in setting the global agenda, policy-making, and finding solutions to global challenges and problems. The success of multilateralism principally depends on the success of the General Assembly," he added.

Misra also said that the General Assembly will soon be deliberating on the procedural resolution on 'Our Common Agenda' and to ensure "Our Common Agenda", it should be truly common and owned by all of us.

India has always been of the view that the General Assembly can be revitalised only when its position as the primary deliberative, policy-making and representative organ of the United Nations is respected in letter and in spirit.

Revitalisation of the General Assembly must also be seen in the wider context of the overall reform of the United Nations. "It is our firm belief that the urgent and comprehensive UN reform, including of the Security Council, is imperative to make it reflective of current geopolitical realities and enhance its capability to meet increasingly complex challenges of our time," Misra said further in the statement.

"We need to trust ourselves more to do the right thing. We hope that the proposed draft resolution will, therefore, be purely procedural and lucid if we have to take it further. We need to guard against attempts to rush into implementation without clarity and discussion. India will be a constructive and active participant in any process that allows member states to consider this important report," he added.

Minister Deepak Misra said that he took this opportunity to reaffirm that India supports the statement made by Algeria on behalf of the Non-Aligned Movement.

"We also extend our appreciation to the Permanent Representatives of Slovakia and El Salvador, the Co-chairs of the Ad Hoc Working Group on the Revitalization of the work of the General Assembly of the 75th Session for steering the work of the Ad Hoc Group and congratulate the Permanent Representatives of Australia and El Salvador on their appointment as co-chairs for the 76th Session and wish them success. My delegation will extend full support to them for a productive outcome," he added.

He also said that over a period of time, some of the members have started to feel that the General Assembly has gradually lost touch with its foundational responsibilities and has become overwhelmed with processes.

"We must admit that some of the blame lies with the General Assembly and its member states for having allowed its relevance to be diluted despite being the collective voice of the nations. This surely undermines the overall effectiveness and relevance of the United Nations," he added.