India would like Colombo to move away from Beijing’s tight embrace. It has always perceived Sri Lanka to be part of its own sphere of influence in the region

Sri Lankan opposition leader Sajith Premadasa, centre in blue, marches with his party men during a protest against the government accusing it of not taking action to curb the rising cost of living in Colombo, Sri Lanka, on Nov. 16, 2021 | AP

Sri Lanka is currently facing its worst economic crisis since the country gained independence in 1948. In spite of constant assurances by the governor of the Central Bank of Sri Lanka (CBSL), international rating agencies as well as economists have sounded the alarm about Sri Lanka’s ability to make its foreign debt repayments in 2022. A number of analyses indicate that Sri Lanka is on the verge of a sovereign debt default as the country’s usable foreign currency reserves plunged below $1 billion.

Day by day, warning signs about potential default are adding up. At the start of March, Sri Lanka’s Ministry of Power announced seven-and-a-half hours of daily power cuts as the country failed to purchase the oil required for electricity generation due to the foreign currency shortage.

During the same week, long queues were seen at fuel stations as a result of fuel shortages. Bus owner associations even raised concerns about continuing transport services due to the fuel supply crunch.

Sri Lanka depends heavily on imports, whether it's for essentials like food, sugar, daal, petroleum, paper, medicines, cement and much, much more. The shortage of foreign currency has hit these imports badly. There have been long queues of people waiting to buy food and fuel. Angry protests have also broken out on the streets.

The tiny Indian Ocean island nation is building the Port City of Colombo (PCC), hoping to make it a financial hub like Dubai and Singapore.

The belief is that the project will transform Sri Lanka’s tourism-and-tea economy into a thriving, multi-services one. And it is an expensive dream, especially so for a country in the grip of unprecedented economic turmoil.

The project is estimated to cost $14 billion, largely funded by potential investors who will buy into the idea of the financial hub and set up shop there. For starters though, China has invested $1.4 billion to help PCC reclaim 269 hectares of land on the Indian Ocean. In exchange, China has got about 116 hectares of the land there on a 99-year lease.

China has been a dominating presence in the country since the early part of the last decade. This presence has weakened India-Sri Lanka relations, both in reality and more so in the eyes of Indian strategists.

India would like Colombo to move away from Beijing’s tight embrace. It has always perceived Sri Lanka to be part of its own sphere of influence in the region.

When Finance Minister Basil Rajapaksa visited New Delhi on March 15 to ask for financial help, India responded swiftly, extending a US$912 million loan along with another US$1 billion for lines of credit to purchase food and fuel. 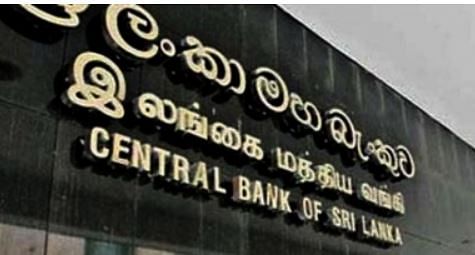