Homosexuality is a potential capital offense in Saudi Arabia, known for its strict interpretation of Islamic sharia law which forms the basis of its entire judicial system

Authorities in Saudi Arabia have seized any rainbow-coloured toys and clothing for promoting homosexuality, according to Saudi state TV.

Items targeted in the Riyadh raids include bows, skirts, hats and pencil cases, most of them manufactured for children, according to a report broadcast on Tuesday evening by the state-run Al Ekhbariya news channel.

“We are giving a tour of the items that contradict the Islamic faith and public morals and promote homosexual colours targeting the younger generation,” an official from the commerce ministry, which is involved in the campaign, says in the report.

Gesturing towards a rainbow flag, a journalist said: “The homosexuality flag is present in one of the Riyadh markets.”

The colors send a “poisoned message” to children, the report said.

The amount of establishments targeted or items seized in the Commerce Ministry operation is unclear, and Saudi officials did not respond to an AFP request for comment.

In April, the kingdom said it had asked Disney to cut “LGBTQ references” from “Doctor Strange in the Multiverse of Madness,” the latest Marvel movie, but that Disney had refused. The film ultimately did not screen in Saudi cinemas.

Disney’s latest animation, “Lightyear,” which features a same-sex kiss, has also been banned in Saudi Arabia and more than a dozen other countries, a source close to Disney told AFP on Tuesday, though Riyadh has not commented on that film.

Homosexuality is a potential capital offense in Saudi Arabia, known for its strict interpretation of Islamic sharia law which forms the basis of its entire judicial system.

LGBT rights are not recognized by the government of Saudi Arabia. Saudi Arabia has no criminal code and the primary source of law in the country is the Islamic Sharia, derived from the seventh-century Quran and the traditions of Muhammad contained in the Sunnah.

Homosexuality and being transgender are widely seen as immoral and indecent activities, and the law punishes acts of homosexuality or cross-dressing with capital punishment, fines, public whipping, beatings, vigilante attacks, torture,chemical castrations, imprisonment up to life and deportation. 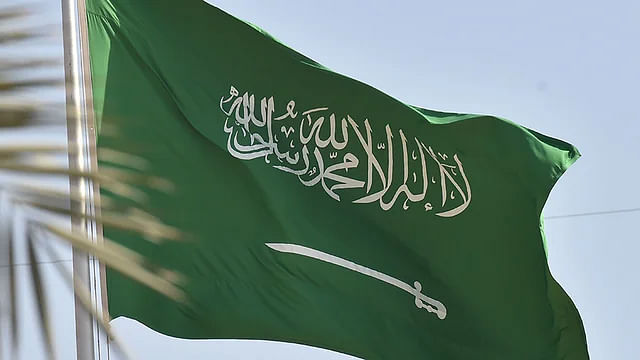