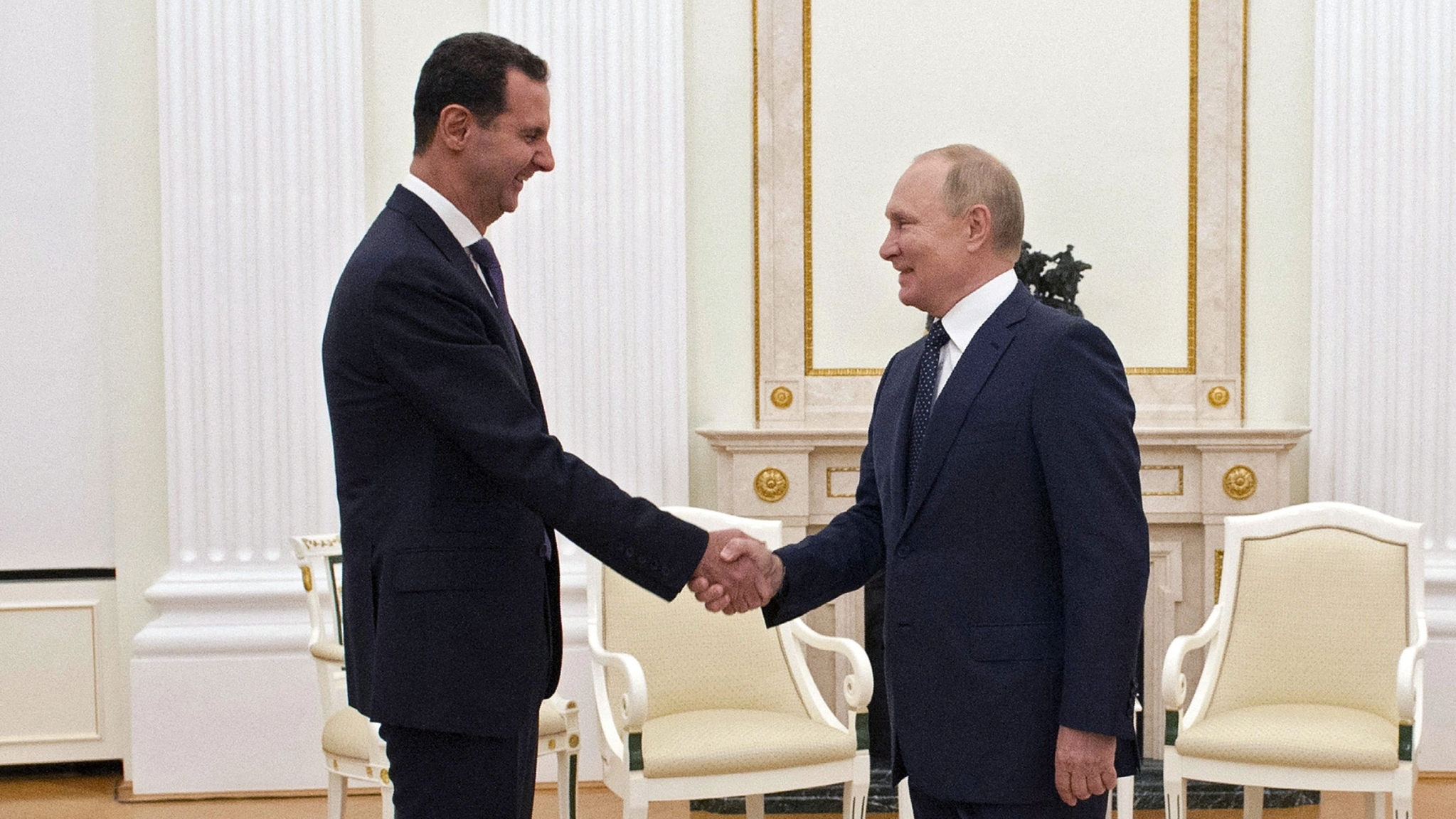 Russian President Vladimir Putin criticised the presence of foreign troops in Syria, saying they are there against the will of the Syrian government and are blocking the consolidation of the war-torn country. Putin was referring to hundreds of US troops stationed in eastern Syria and working with Kurdish-led fighters in battling the militant Islamic State group, as well as Turkish forces in northern Syria.

Speaking during a rare meeting in Moscow on Monday night with his Syrian counterpart Bashar Assad, he said the presence of the foreigners is illegal because they don't have permission to be there from the United Nations or Syria's government. Russia joined Syria's 10-year conflict in September 2015, when the Syrian military appeared close to collapse, and has since helped in tipping the balance of power in favor of Assad, whose forces now control much of the country. Hundreds of Russian troops are deployed across Syria and they also have a military air base along Syria's Mediterranean coast.

Assad and Putin discussed cooperation between their armies and ways to continue operations to gain control of the last rebel-held areas in Syria, state media in Damascus reported. It was the first meeting between the two allies since they held a summit in the Syrian capital in January last year. According to reports, Putin and Assad also discussed the political process in the war-torn country.

The two leaders discussed cooperation between their armies "in fighting terrorism and the continuation of liberating lands held by terrorists." Assad's government refers to all armed opposition groups as terrorists.