"The sanctions announced today reinforce Australia's commitment to sanction those people who have amassed vast personal wealth and are of economic and strategic significance to Russia, including as a result of their connections to Russian President Vladimir Putin," said Australian Foreign Minister Marise Payne.

Australia said that it has joined with partners in establishing strong, sequential sanctions, with over 460 sanctions placed on individuals and entities in past weeks.

This includes the Central Bank of Russia; their national sovereign wealth fund, Russian Direct Investment Fund (RDIF); Russia's Armed Forces; political and military figures including President Putin, his Security Council and his strategic drivers of disinformation; and a number of oligarchs.

"We will continue to coordinate closely with our partners to impose a high cost on Russia for its actions. The Australian Government reiterates our strongest support for Ukraine's sovereignty and territorial integrity and for the people of Ukraine," Payne added.

Australia had on March 8 placed sanctions on 10 people of "strategic interest to Russia" for their role in encouraging hostility towards Ukraine and "promoting pro-Kremlin propaganda to legitimise Russia's invasion".

It followed targeted financial sanctions on a further 11 financial institutions of economic significance to Russia, including the Central Bank of Russia.

On March 10, the British government had frozen assets of Chelsea owner as part of a raft of further sanctions against individuals linked to the Russian regime. Freezing his assets means he cannot benefit from his ownership and make any money from Chelsea.

The Boris Johnson government, however, issued a a new licence the club so that it can continue to operate to fulfil its fixtures, saying it wants to protect football pyramid, fans and other clubs.

"The licence is a safety net to protect the sport, the Premier League, the wider football pyramid down to the grassroots game, loyal fans and other clubs. It will deprive Mr Abramovich of benefiting from his ownership of the club and mean he cannot circumvent UK sanctions," the UK Foreign Ministry had said in a statement, last week.

Abramovich had earlier announced that he is selling the Chelsea FC as it is in the "best interest" of the club, the fans, the employees, as well as the club's sponsors and partners.

"I hope that I will be able to visit Stamford Bridge one last time to say goodbye to all of you in person. It has been a privilege of a lifetime to be part of Chelsea FC and I am proud of all our joint achievements. Chelsea Football Club and its supporters will always be in my heart," he had said on March 2.

The UK government said that while the current licence does not permit the sale of the club at this time, it is open to a sale of the club and would consider an application for a new licence to allow for a sale.

"Proceeds from any sale could not go to the sanctioned individual while he is subject to sanctions," said Britain's Sports Minister Nadine Dorries

According to the UK Foreign Ministry, Abramovich has stakes in steel giant Evraz, Norilsk Nickel and owns Chelsea FC. He sold a 73 per cent stake in Russian oil firm Sibneft to state-owned gas titan Gazprom for 9.87 billion pounds in 2005. His net worth is an estimated 9.4 billion pounds and he is one of the few oligarchs from the 1990s to maintain prominence under Putin.

Read Also
Cost of war: How Russia’s economy will struggle to pay price of invading Ukraine 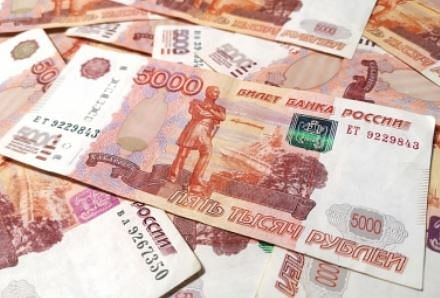