Russia intensifies attacks in Donbas, focusing on city of Severodonetsk

Russia is seeking to encircle Severodonetsk, which had a prewar population of about 100,000, now that a protracted battle for the port city of Mariupol has ended

Intense fighting has been reported around the Ukrainian city of Severodonetsk as Russian forces appear to be stepping up an offensive to encircle its Ukrainian defenders.

Ukraine’s president, Volodymyr Zelenskiy, said the eastern provinces of Luhansk and Donetsk – known collectively as the Donbas – were being turned into “hell” and warned that what he called the “final stage of the war” would be the bloodiest.

“In Donbas, the occupiers are trying to increase pressure. There’s hell, and that’s not an exaggeration,” Zelenskiy said.

“The brutal and absolutely pointless bombing of Severodonetsk … 12 dead and dozens wounded in just one day. The bombing and shelling of other cities, the air and missile strikes of the Russian army – all this is not just hostilities during the war," he added.

Ukraine may be losing between 50-100 lives in the east every day, Zelensky earlier said during a press briefing on Sunday.

He said those killed were defending Ukraine in “the most difficult direction”.

Zelensky did not elaborate further but the comments appear to be a reference to military losses and are a sign of how fierce the fighting is in the east.

Russian forces have stepped up their attempts to capture cities in the eastern Donbas region, with a focus on the city of Severodonetsk.

Haidai said Moscow was drawing forces withdrawn from the Kharkiv region, others involved in Mariupol's siege, pro-Russian separatist militias, and even troops freshly mobilised from Siberia to concentrate on the Donetsk and Luhansk regions.

Haidai warned that Russian forces had destroyed all but one bridge across the Siversky Donets river and Severedonetsk was almost cut off.

Russia is seeking to encircle Severodonetsk, which had a prewar population of about 100,000, now that a protracted battle for the port city of Mariupol has ended. Russia is attempting to gain control of the Donbas region, which includes Donetsk and Luhansk. 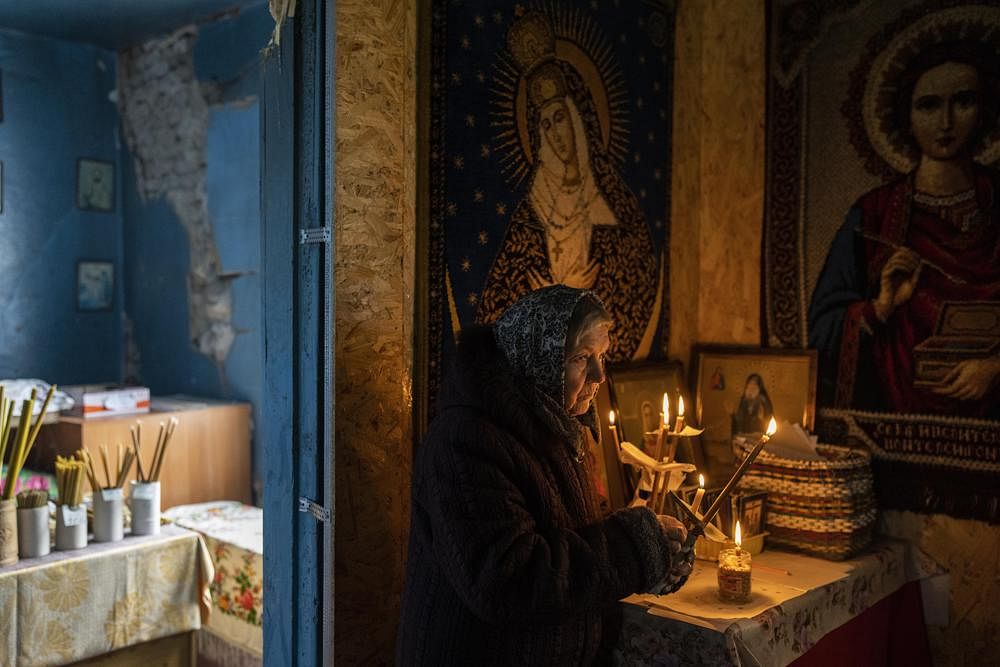 HomeWorldRussia intensifies attacks in Donbas, focusing on city of Severodonetsk