The pizza box arrest theory erupted after the Tate released a video of himself taking a jibe at Greta Thunberg in a Versace robe, smoking a cigar and receiving 2 boxes of Jerry's Pizza.

Bucharest: Controversial social media star Andrew Tate was arrested in Romania on Friday along with his brother Tristan Tate over an investigation in a human trafficking case. According to reports, the Directorate for Investigating Organized Crime and Terrorism in Bucharest, or DIICOT, was responsible for ending the raid.

Several reports suggested that the pizza box helped cops narrow in on Tate's location. However, it has been revealed now by the Romanian officials that the pizza box did not tip Romanian law enforcement agencies to the whereabouts of the misogynist influencer, as per a report in the Washington Post.

The pizza box arrest theory erupted after the 36-year-old influencer released a video of himself taking a jibe at climate activist Greta Thunberg in a Versace robe, smoking a cigar and receiving two boxes of Jerry's Pizza, a well-known Romanian chain. 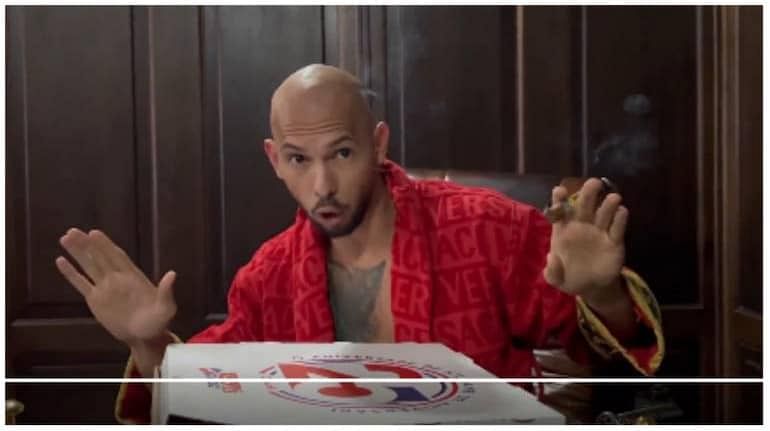 Tate, who is famous for his controversial behaviour over social media, is a former kickboxer with 76 wins and nine losses in his kickboxing career, as per the UK-based Sports Bible.

The social media influencer was in news recently after he got involved in a heated spat with Swedish activist Greta Thunberg on Twitter, which later went viral.

Tate, who is well-known for his many misogynistic remarks, started the argument by tagging Thunberg in a tweet about his 33 vehicles and their emissions, which contribute to pollution, according to New York Post.