The Indian-origin Cabinet minister said she was "truly sorry" for the terrible injustices and unimaginable suffering of the Windrush generation.
Agencies 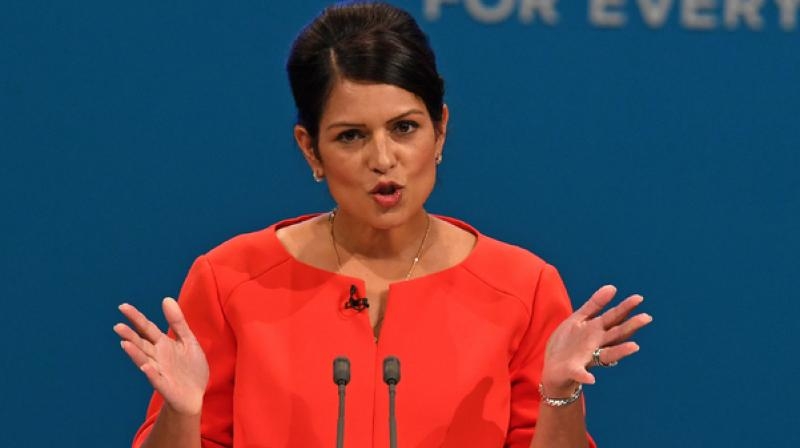 UK Home Secretary Priti Patel on Thursday issued a formal apology for the Windrush immigration scandal, which wrongly denied the citizenship rights of some Commonwealth citizens brought to Britain to address labour shortages in the wake of World War II.

The Indian-origin Cabinet minister said she was "truly sorry" for the terrible injustices and unimaginable suffering of the Windrush generation, which refers to citizens of former British colonies who arrived in the UK before 1973, when the rights of such Commonwealth citizens to live and work in Britain were substantially curtailed.

While a large proportion of them were of Jamaican/Caribbean descent who came on the ship Empire Windrush over 70 years ago, Indian and other South Asian immigrants from that era also fall within the categorisation.

"There is nothing that I can say today which will undo the pain, the suffering and the misery inflicted on the Windrush generation. What I can do, is say that on behalf of this and successive governments: I am truly sorry," she said in a statement to the House of Commons.

"I am sorry that people's trust has been betrayed. There are lessons to learn for the Home Office. But also, society as a whole," said the minister.

The statement followed the release of a new 'Windrush Lessons Learned Review', which highlighted an "institutional ignorance and thoughtlessness towards the issue of race and the history of the Windrush generation".

The review by Wendy Williams, a UK Inspector of Constabulary, who had called for an "unqualified apology" to those affected as well as the wider black African-Caribbean community.

Her report concluded that there had been a "profound institutional failure", which turned thousands of people's lives upside down.

Hundreds of Indians have continued to make contact with a taskforce set up by the UK Home Office in the wake of the scandal in 2018 to confirm their British citizenship under the Windrush Scheme.

Nearly 800 Indians have been able to confirm their status in the wake of the scandal, a majority of them had arrived in the UK before 1973, when the immigration rules had changed, while the others either arrived later or were a family member of the so-called "Windrush generation".

Soon after she took over as home secretary last year, Patel had launched a new group called the Windrush Advisory Group to ensure immigrants affected by the scandal are able to access the compensation scheme set by the Home Office.

"Since these injustices were brought to light, civil servants have used every endeavour to right the wrongs. Giving people their correct status and supporting them in their financial compensation claims," she told Parliament this week.

The Windrush Compensation Scheme was launched in April last year to provide payments to eligible individuals who did not have certain documentation to prove their status in the UK and suffered adverse effects on their life as a result.

It is open to almost anyone from a Commonwealth country who arrived and settled in the UK before 1973. Certain children and grandchildren of those arriving before 1973 and some close family members may also be eligible to apply.

It is also open to anyone from any nationality who has the right to live or work in the UK without any restrictions or is now a British citizen, and arrived in the UK before 31 December 1988.