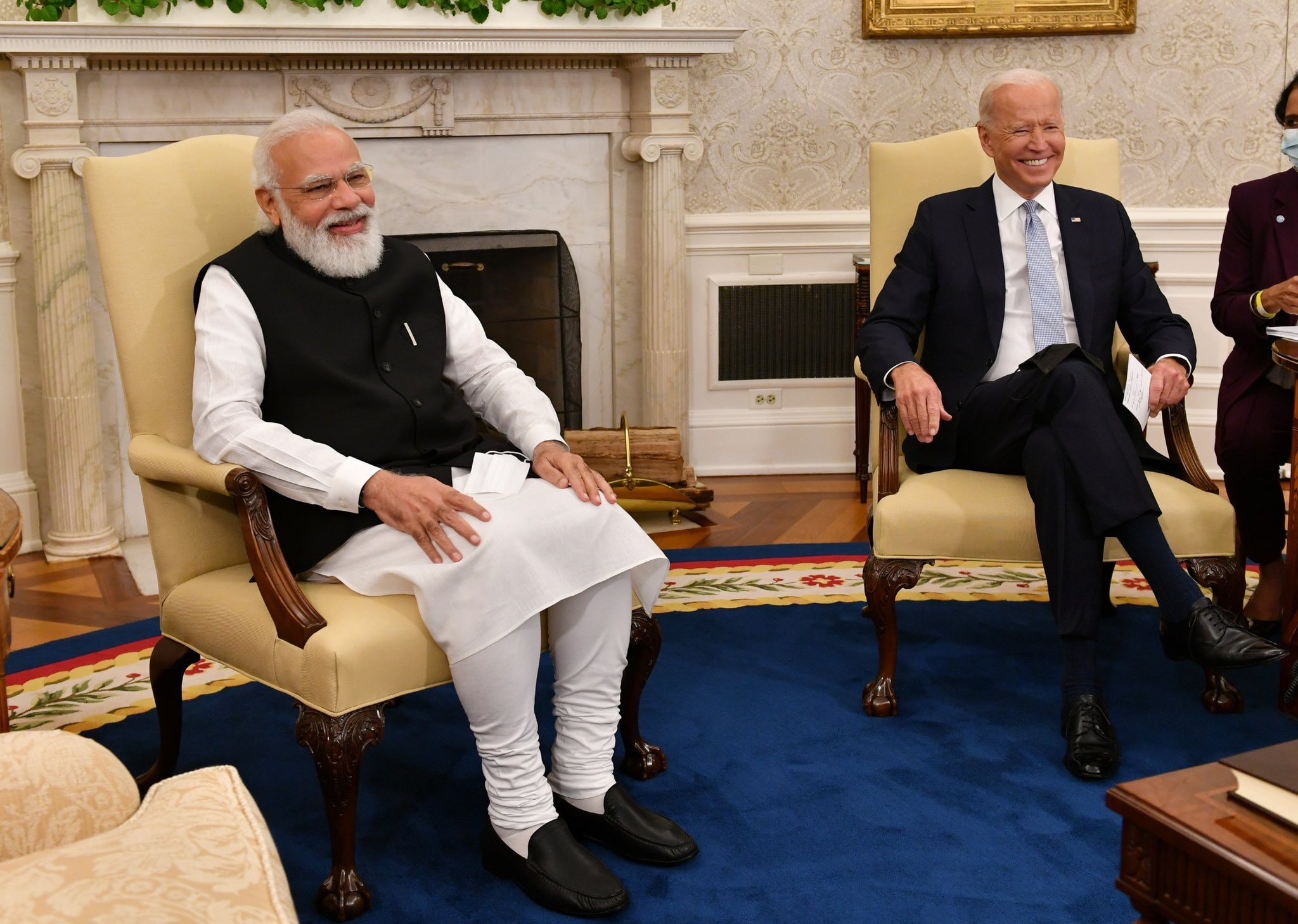 US President Joe Biden said on Friday that the relationship between India and the US, the world's two largest democracies, is destined to be "stronger, closer and tighter", as he hosted Prime Minister Narendra Modi at the White House for the first bilateral meeting and discussed a wide range of priority issues, including combating COVID-19, climate change, trade and the Indo-Pacific.

Prime Minister Modi, who is visiting the US for the 7th time after assuming office in 2014, described Friday's bilateral summit with Biden as "important" as they're meeting at the start of the third decade of this century.

"Your leadership will certainly play an important role in how this decade is shaped. The seeds have been sown for an even stronger friendship between India and the US," Prime Minister Modi told Biden.

"Today, we're launching a new chapter in the history of US-India ties, taking on some of the toughest challenges we face together, starting with a shared commitment," he said.

Biden said he and Prime Minister Modi would talk about what more they can do to fight COVID-19, take on the climate challenge that the world face, and ensure stability in the Indo-Pacific, including with their quiet partners.

"Of course, our partnership is more than just what we do. It's about who we are in our shared responsibility to uphold democratic values, our joint commitment to diversity, and it's about family ties, including four million Indian-Americans," he said.

Noting that the world would celebrate Mahatma Gandhi's birthday next week, Biden said, "We're all reminded that his message of non-violence, respect, tolerance, matters today maybe more than it ever had." On this, Modi said, "Gandhi Ji spoke about trusteeship, a concept which is very important for our planet in the times to come."

Noting that trade will be an important factor in the Indo-US ties in the coming decade, the Prime Minister said that there is much to be done in the area. Modi said this decade will be shaped by talent and people-to-people linkages. "I am glad the Indian diaspora is making an active contribution towards the US' progress." He said that technology is becoming a driving force. "We have to utilise our talents to leverage technology for greater global good."

Modi recalled his interactions with Biden in 2014 and 2016, saying "that time you had shared your vision for ties between India and US. I am glad to see you are working to realise this vision."

He said that each of the subjects mentioned by the president are crucial for the India-US friendship. "His efforts on COVID-19, mitigating climate change and the Quad are noteworthy," Modi added.

Both Biden and Prime Minister Modi have spoken over the phone multiple times and have attended a few virtual summits, including that of the Quad in March hosted by the US president. The last telephone conversation between them took place on April 26.